Last week I attended an event called, I kid you not, The Ogilvy Ancients reunion. This was a nice luncheon held sort of in conjunction with the 70th anniversary of the ad agency I worked for longest and to whom I owe my funniest ad-biz stories. (See ‘Short Men and Flat-Chested Women’, ‘Around the World in 80 Shoots’, ‘My Head Feels Funny’, or practically anything in the tab labelled Adland Lore for hilarious examples.)

I’m thinking this reunion was called ‘Ogilvy Ancients’ because the organizers believe in truth in advertising. Though none of us in the room were on hand when the late great David Ogilvy founded the place in 1948, many of us in attendance could easily identify with the characters on Mad Men. Honestly, there were four people at this shindig who started at the agency in the fifties. (No, I was not one of them. Though I do admit to being alive in the fifties.) 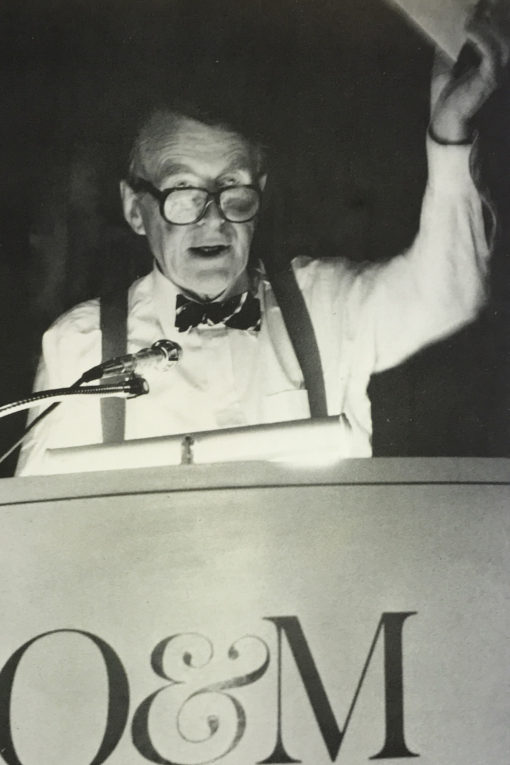 D. O. Himself holding forth at my very first Agency Christmas Party — which was not in the fifties. OK, ok, it was in the seventies. (Same diff, you say)

I don’t think I was the only one at this ‘do’ who had worked in all three Ogilvy New York locations, but I’m thinking there weren’t many who could make that claim. I started out (see ‘Take a Letter, Miss Henry’ for deets) at the Original Ogilvy on Madison Avenue, next door to which was the infamous watering hole Rattazzi’s, which was the model for the bar on Mad Men. Everybody used to go to this bar after work — even the married guys who commuted to Connecticut or Westchester. (Actually, they were the ones you could count on to always be there.) Little weenies were served with big drinks, and Ideas were, quite literally, thought up and scribbled down on cocktail napkins.

But I digress. This Gathering of Ancients took place in Ogilvy’s current location, which is a converted chocolate factory on the Way West Side of Midtown. There wasn’t much there before — except for car dealerships, crumbling wharfs, and other disused factories — but now it’s the kind of nabe you’d want to live in if you were, say, a hipsterish 25. It’s cool and trendy and somewhat spotty — you can still nod ‘hello’ to confused-looking halfway-house residents on your walk from the subway — kind of like non-Colonial Williamsburg (the Williamsburg that’s in Brooklyn) used to be before it got full of strollers.

But this story is about the Ogilvy In The Middle, which was, for twenty years (from 1989 to 2009, as long as its lease lasted) at a brand-new-at-the-time place called Worldwide Plaza. WWP was nowhere near Madison Avenue, nor much of anything else at the time — well, except for adult movie theaters (the Adonis was right next door) and flophouses. Seriously. One day shortly after finding my office and moving into it, I glanced out my window and there was a guy right across from me — in the buff at his window, scratching and yawning and greeting the morn. Sort of porn meets SRO. 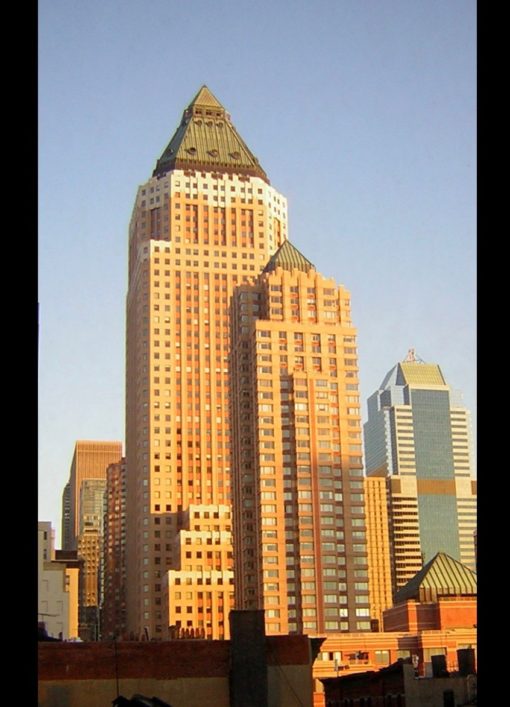 Worldwide Plaza, once it got finished. I think it looks like a giant pencil. But then again, I am a writer

Like I mentioned, Worldwide Plaza was brand-spankin’ new in 1989. In fact, Ogilvy signed on to be its first tenant — before the place was even built. For some reason, this British filmmaker thought it would be cool to make a documentary about how projects like WWP get made. It’s called ‘Skyscraper’, and consists of four hour-long segments that originally aired on British TV (Channel Four, to be exact).

The doc covers not only the hows and whys but also the egos and politics of the whole project. It’s pretty dramatic and interesting, even if you’re not all that into buildings. The tone is a tad sarcastic — sort of look-what-those-wacky-Yanks-get-up-to-over-there. Anyway, I make an appearance midway during the last segment. My ‘part’ was supposed to be very minor, just a quick scene of me moving into my new office. But then I couldn’t find the darn thing. And the rest is history. Well, maybe not ‘history’, but about 3 1/2 minutes of TV time. Which is the equivalent of like seven spots for Country Time.

I have cleverly cued the doc up to start on Moving-In Day (and my segment). But if you happen to have a giant tub of popcorn and a ton of time, feel free to watch more. Keep on till the end, or scroll back to the front, even. That way you won’t miss hunky guys in hard hats climbing on a roof, a burst water pipe that nixed a safety inspection, and footage from the last Ogilvy Christmas Party before the move. It’s strangely compelling — and so very ‘eighties’. (Those outfits! That hair! The title typeface!)

You’ll no doubt be glad to hear that Worldwide Plaza is still going strong, though both the Adonis and Ogilvy have moved on. And yes, I still have that jacket. A few years after its film debut I wore it to The Child’s nursery-school interview (see ‘The Bears Are Watching a Movie’) and recently loaned it to the now-functioning-adult Child herself, so it’s kind of come full-circle, wardrobe-wise. 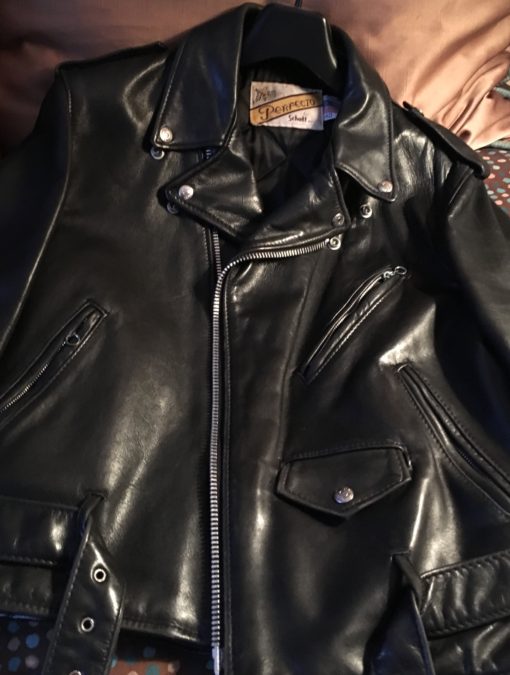 The Jacket, almost as Ancient as me, but looking none the worse for wear

And so have I. Come full-circle, that is. Back to Ogilvy last week, and to the end of this story right now. Hello to any of my fellow Ogilvy Ancients out there. We simply must get together again, if only to find a new name for ourselves.