I bet I still have his business card stashed away in a drawer somewhere. Yup. I was in my twenties, fresh off the ‘boat’, as it were, when I was approached by James Toback, former sort-of-famous writer/director and now much-more-famous sexual predator.

I’m not going to show you a photo of this extremely creepy guy, partly because you might be eating your lunch or something (he’s pretty gross-looking now, and he didn’t ‘present’ much better thirty-odd years ago either, trust me) and partly because I can’t find a public-domain picture of him. If you haven’t seen the news, you can read about his ‘technique’ in the full L.A. Times story by clicking here (Warning; there is a photo of him).

‘His opening line had a few variations. One went: “My name’s James Toback. I’m a movie director. Have you ever seen ‘Black and White’ or ‘Two Girls and a Guy’?”

Probably not. So he’d start to drop names. He had an Oscar nomination for writing the Warren Beatty movie “Bugsy.” He directed Robert Downey Jr., in three movies. The actor, Toback claimed, was a close friend; he had “invented him.” If you didn’t believe him, he would pull out a business card or an article that had been written about him to prove he had some juice in Hollywood. That he could make you a star.’

Well, in my case, like I say, I was fresh to The City — this was back in the 80s — so he couldn’t have used exactly that line. (He hadn’t ‘invented’ Robert Downey Jr. yet.) As I recall, I was walking home from my newly-secured, extremely fun Ad Job at Ogilvy via Madison Avenue. (I have to say, if you are a young reasonably-attractive woman* in New York City, walking on Madison Avenue is livelier than any singles bar; that’s how I met Steve Martin. Who was not a creep, BTW.)

*See photo at top of post for example. That’s me — not James Toback — complete with Very Bad Perm, at about the time this story takes place

So I’m strolling along when this fat sloppy guy stopped me. I seem to recall him actually tapping me on the shoulder. At any rate, I paused, politely, thinking he might want spare change. Or maybe directions. (I get that a lot. See ‘The Accidental Tourist’ for some wacky examples.) Anyway, he tells me he’s a movie director. (Yeah, and I’m Meryl Streep, I’m thinking.)

I must have looked as dubious as I felt, because then he whips out a business card and starts telling me his ‘credits’: like he’d directed a movie with Jim Brown called ‘Fingers’. (Gosh. I just checked Toback’s Wikipedia page, and found out he went to Harvard. Yikes! Thank the Campus Gods and Goddesses that there was no possible way that he could have been there at the same time as The Child.)

Then he gets to the point. He wants to ‘audition’ me for his next movie. I’m supposed to call him (the number is on the business card) and he’ll see if I’m ‘right’ for the ‘role’.

Well. I wish I could say that it was my impeccable judgment and street smarts that kept me from taking him up on his offer. But you among my faithful readers know that this wouldn’t have been the first time I’d been picked up on the street. (There was that infamous guy-who-was-in-The-Jerk episode, after all.)

My trusty Creep-O-Meter was, to be sure, going off like gangbusters. But I have to admit the main reason I didn’t ‘bite’ was that I knew I was terrible, wooden, and hopelessly awful at acting. I had humiliated myself once when I tried out for a play in front of my whole class at school, and I certainly wasn’t going to do it again, even if only one other person would be in the room. 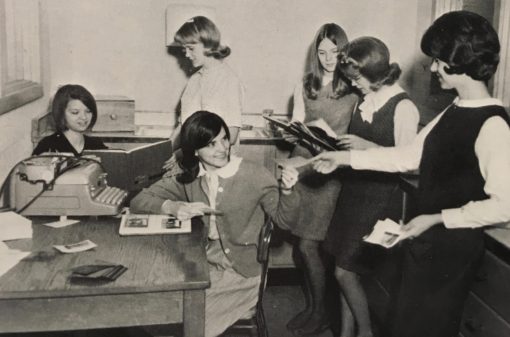 So yup, I dodged that bullet. And lived to fight another day. No, I never ‘worked with’ Harvey Weinstein (whew). But, like many of you #MeToo’ers out there, I had my share of Unwanted Attention in The Workplace. Check out ‘The Boss Who Got Banished to Belgium’ or the classic Weinstein-esque ‘The Naked Boss and the Pussycat Lounge’ for witty takes on male abuses of power. 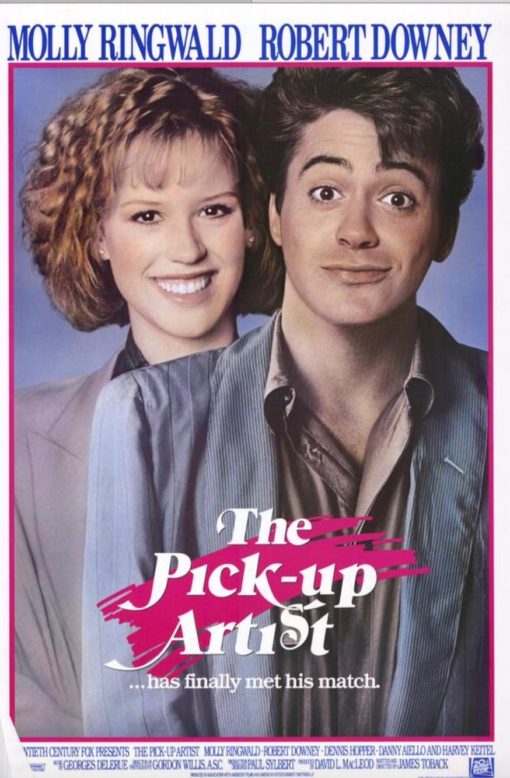 The semi-autobiographical movie Toback eventually made without me in it. Look! It’s Robert Downey Jr!

Thank you for reading. It felt good to get that off my not-very-starlet-like chest. Now I have to go take a shower.

17 thoughts on “The Pick-up Artist”