‘I contemplate the New Now of corporate naming’

I was on a Goodbye Call to The Child when we got to talking about the World Series. She was somewhat surprised that I have been watching, since I’ve never been a baseball fan, or much of a Team Sports Person at all. (‘Why not give both sides a ball, since they want it so bad?’ is my take on football. And basketball? That’s the game that uses the round orange ball, right? As opposed to the pointy orange one?)

But hey, it’s the World Series, I tell her. The game the other night was in Houston, where the Astros play in this stadium called, I kid you not, Minute Maid Park. She not only knew this, but, Millennial that she is, found the naming of an arena after a fruit juice not surprising in the least. What’s next, I ask her, Grape Nuts Arena?

I grew up when the Yankees played in Yankee Stadium, and the Dodgers played in Dodger Stadium. Naming was simple: you named the place after who played there. Of course, sometimes teams move (like the Dodgers used to be the Brooklyn Dodgers and played in a place called Ebbets Field), which can mess up that naming method. Just imagine if the Astros moved to LA and had to play in Dodger Stadium. Harsh. Especially if they lose this series. 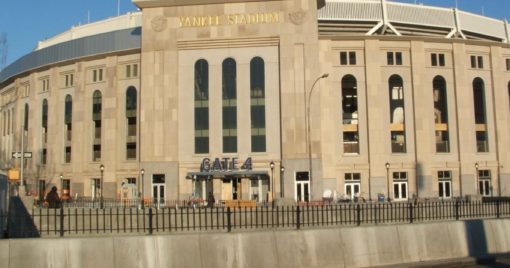 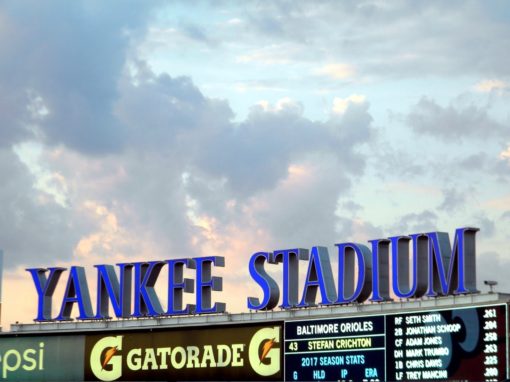 Sometimes stadiums (or is that ‘stadia’?) and other buildings were named after people. See above Ebbets Field. Or Shea Stadium. Maybe it was the team owner (Charles Ebbets) or some other Baseball Biggie (William A. Shea), but they were people, not fruit juices.

Of course, even the business of naming stuff after people can get well, interesting. I personally am rather fond of the The Elmer and Mamdouha Bobst Hospital of the Animal Medical Center, which one can see from the Queensboro Bridge (excuse me, the ‘Ed Koch Queensboro Bridge’) when entering Manhattan from the East. But it is rather a mouthful. And yes, the building is inscribed with the whole moniker. (I wish I could post a photo for you, but they wanted $19.99 for it, and that’s a bit rich for my blood.)

And sometimes the naming-things-after-people thing comes with some pretty tight strings. Just a couple of years ago, this Very Wealthy New York Couple offered to bail out this financially-strapped little college in Upstate New York, called Paul Smith’s College, after its founder. They’d give the college $20 million bucks if they renamed it the ‘Joan Weill-Paul Smith’s College’. When the college refused, they withdrew the offer. Even though it wasn’t a stadium, I’d say that wasn’t very sporting of them.

Now, for some reason, no doubt financial, there’s this spate of naming-things-after-corporations-and/or-the-products-they-make. There’s Toyota Center, also in Houston. And MetLife Stadium in New Jersey. And, of course, Citi Field, which is where the Mets now play. (To add insult to naming injury, Shea Stadium was torn down to make a parking lot for Citi Field.)

And my favorite: Staples Center. This one is named after the corporation (Staples, Inc.) who paid for ‘naming rights’. Personally, I think this is hilarious, since the corporation in question is an office supplies company which is named after an item that they actually sell. Since they also sell tape dispensers and file folders and the like, the company could easily have had a different name altogether — and so could the stadium. ‘Paper Clip Park’, anyone? 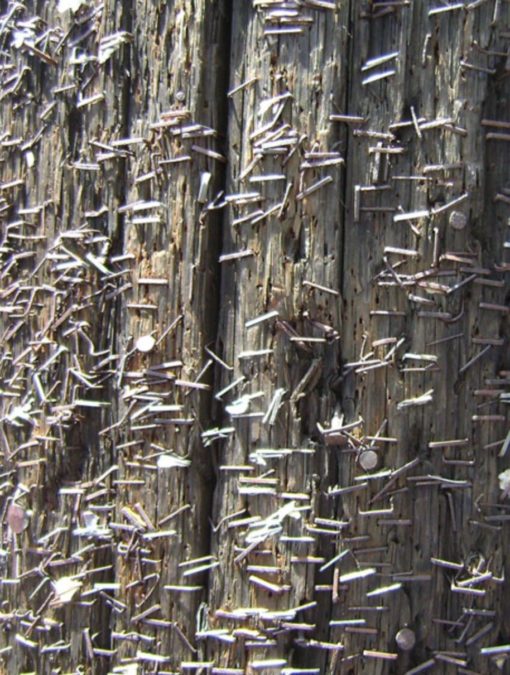 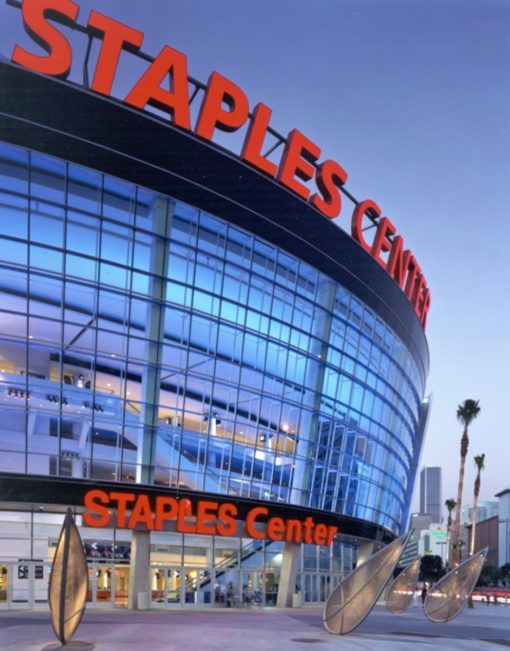 And say, can just any corporation with enough cashly clout buy ‘naming rights’? If so, where could this lead? Will we have Huggies Hall or WonderBra Boulevard? The Viagra Viaduct? And what will Preparation H want to slap its name on?

Okay, I suppose I should stop, since I’m starting to sound a tad fuddy-duddy-ish. Maybe the Corporate Naming Thing isn’t so bad. Not when you consider what naming things after people has wrought: Trump Tower, Trump Plaza, Trump International Hotel, Trump SoHo, etc., etc., etc. And that’s just here in New York.

But what, you may be asking, did you mean up there at the beginning when you referred to a ‘Goodbye Call’ to The Child? Is she going somewhere? Well. She is always, pretty much, ‘going somewhere’, but this time it’s The Dude and Me. We’re going on a trip — a trip where we will not have cell service or internet for two whole weeks. So, unless I can figure out how to time a post for next week (and write one to ‘time’), this is the last you’ll be hearing from me till mid-November.

Bye-bye, and enjoy the rest of the World Series. Which it looks like I’m going to miss the end of, darn it. And it’s been a good one to watch, too, that is if you can hear the game over the sound of my snickering every time some announcer mentions ‘MinuteMaid Park’.