‘Dealing with ‘sexual harassers’ back in The Day’

Okay. A couple of weeks ago I told a story about politics. And last week I wrote about religion. So I guess this week I have to (gulp) live up to my promise and deliver that tale about sex.

Sometimes a waffle is just a waffle. Unless it’s Belgian, perhaps

It’s pretty timely, since the news has been chock-full of stories about a Certain Candidate for President Who Shall Remain Nameless and his predilection for pouncing on people in the workplace (actually, make that pouncing on people practically any place: on planes, at pageants, on back lots pre tv guest spots). [Note: I am so not going to provide links here, since you know perfectly well where to find stories about this guy.]

Oh, to be perfectly clear, it’s female people he pounces on. But not just any female people. These are females who rate, oh, at least a 7 or an 8, if not an all-out 10, in his personal scale of pounce-worthiness. 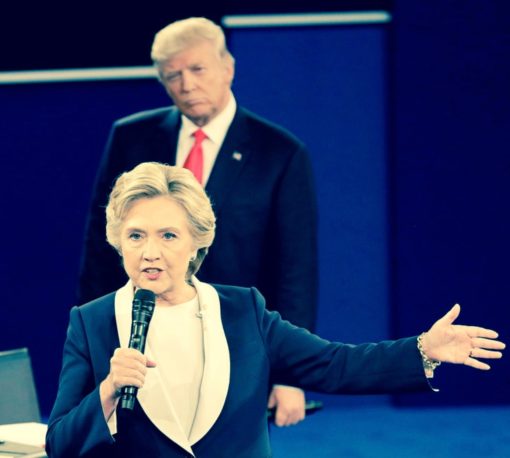 Oops. There are exceptions, of course. See above photo.

But no no no. There are no politics in LutheranLiarLand(!) Let’s get back to my story.

If you’ve been reading my posts for a while, you will have already experienced, vicariously, some rather spicy episodes culled from Ad Biz Days Gone By. (See ‘The Naked Boss and the Pussycat Lounge’, if you need reminding.)

Clients who grabbed your kneecaps at Benihana, bosses who ‘just happened’ to leave the office when you did and wanted to walk you home, or who danced a tad too closely at Agency Christmas Parties — stuff like this was fairly routine. The only difference was that then we didn’t call it ‘sexual harassment’. We called it ‘going to work’. 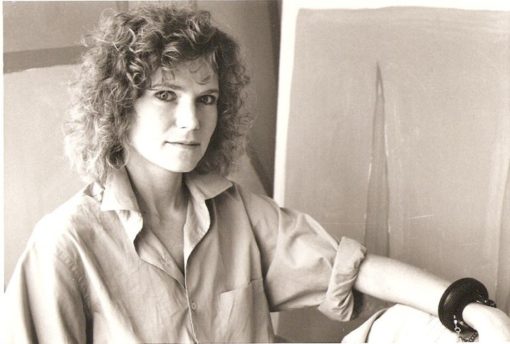 Now, don’t get me wrong — and don’t go crazy here in the comments — but these were Different Times. Nobody put a name to this stuff, uncomfortable though it was. And, you can be double-dog-daringly sure of this, no one talked about it. So, when it happened, you just, well, dealt with it.

Your client gets a case of Roman Hands at dinner? You excuse yourself, go to the ladies’, then sit somewhere else when you come back. You ditch the walker-homer by ducking into a store on an ‘errand’. Your boss opens his hotel room door wearing only a towel? Check out my story, and you’ll see that even that situation could be handled with aplomb. (And, most importantly, with not getting fired.)

Again. Please note that I am not condoning placating Bosses Who Act Inappropriately. It’s just, um, what we did. (BTW, all the examples given above really happened.)

Which brings me to the boss who figures in this story. First, let me say that this guy was a singularly terrible boss. He was self-aggrandizing. He was loud. He waved his arms a lot and yelled at underlings. By golly, he was even an awful dresser. I still don’t understand how an agency as topnotch as Ogilvy & Mather could have hired someone like this guy. But he’d won a lot of awards. In London. Which mattered a lot in those days. Personally, I’m thinking maybe he was Somebody’s Relative.

I had a sneaking suspicion that he wasn’t even very bright. But even if he wasn’t short on brains, he was definitely lacking in management finesse. I remember once he called me at home on Christmas Eve asking if I would work on a special project for him. I was feeling kind of flattered until he went on to say that he’d already called all the other writers in our group and I was the only one who answered the phone. Hmmmm.

But back to his ‘handsiness’. I remember sitting in a meeting with our Agency President at the time, a woman named Shelly (yes, a female president! what a thought!), and watching her face as he paused in his pacing around the conference-room table to place both his big paws on her shoulders and give her an affectionate squeeze. Oops.

Well. This guy failed to notice that his moves were less than welcomed. He also, more importantly, failed to notice that time had marched on and things had changed since he had been terrorizing London Women while winning his awards. Our agency now had not only a woman president, but a whole slew of young Empowered Females who refused to placate guys like him — boss or no boss.

He went a little too far with a particular female account executive one day. Did she bat her eyes in ‘misunderstanding’ and slip from his grasp and out of the room?

Nope. She marched right up to the Personnel Office. And the next thing you know, that guy was on a plane to Belgium. 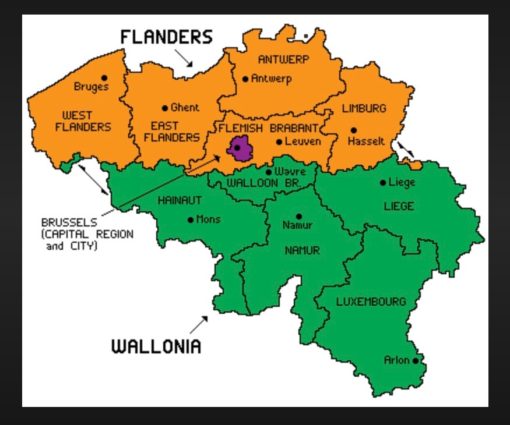 Hmmm. Maybe they should build a wall. To keep the sexual harassers out

(No offense to you Belgians among my readers, but, trust me, a transfer to Brussels wasn’t exactly a promotion in those days.)

So. End of story — at least my story. What happens with handsy ole He Who Would Be Prez remains to be seen. Oh — do remember to vote. Election Day is November 8. Unless you’re for WhatsIsFace, in which case it’s November 28.

27 thoughts on “The boss who got banished to Belgium”