I was married so briefly to The Guy, and had been married for such a long time to The Dude, that I sort of forgot all about my ‘previous marriage’. Until one August about 15 years ago when The Child was getting ready for her annual visit to her grandparents in Carlyle, my home town. END_OF_DOCUMENT_TOKEN_TO_BE_REPLACED

‘If a husband says this, it means “Get me some snacks”‘

We were recently graced with a visit from The Young Couple, formerly known as The Child and The Beau. 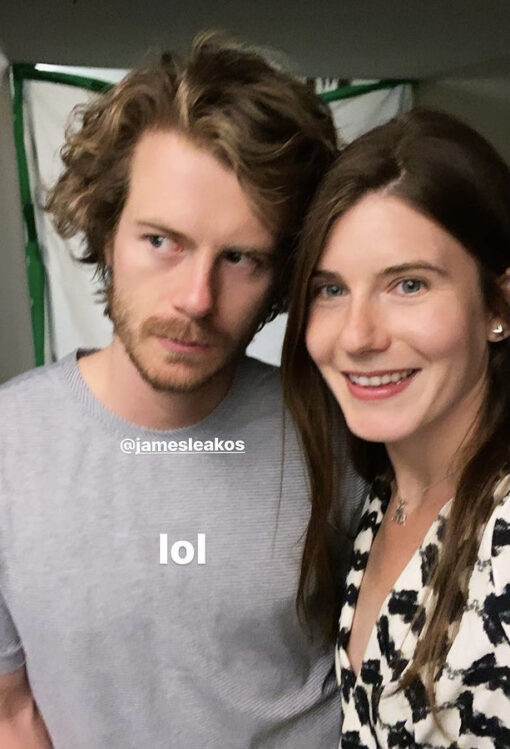 Yes, in case you have been holed up in a blogless burrow, here’s the news: Child and Beau made the plunge on the rim of the Grand Canyon on May 1. (You can revel in the details — and drool over the gorgeous photos — in “Runaway Bride” and “Tough Act to Follow.”) 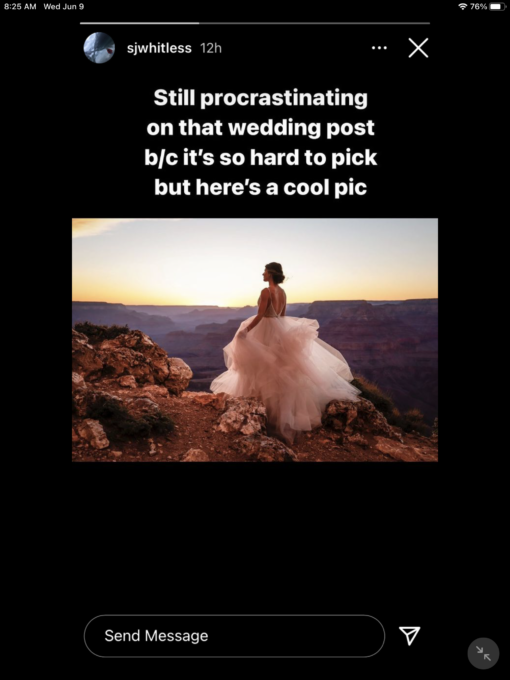 One of many cinematically-gorgeous bridal shots

It was fun having them here, and for more than just a couple of days. It gave us all a chance to get into some normal hanging-out rhythms. Like, they both were working like crazy and commandeered sections of the house for no-go zones. Unfortunately, New Son-In-Law (whom I will henceforth refer to as “The SIL”) chose the kitchen, which is already my no-go zone. Or was.

END_OF_DOCUMENT_TOKEN_TO_BE_REPLACED

‘Unless, perhaps, she is your own daughter’

I’ll always remember my very first Big-Time Ad Biz TV commercial. It was for Q-Tips, and was called “Still My Baby.” I didn’t even try to find it on YouTube, not just because this was ages ago, but because it was a pretty awful commercial.

It featured this mom who has a baby on a changing table and a jealous preschooler sulking alongside. To mollify the older child, she asks her to “help” by handing her a Q-tips Swab. Then Mom reassures the child (a girl, natch) by thanking her and saying, “Such a big girl. But you’re still my baby.” 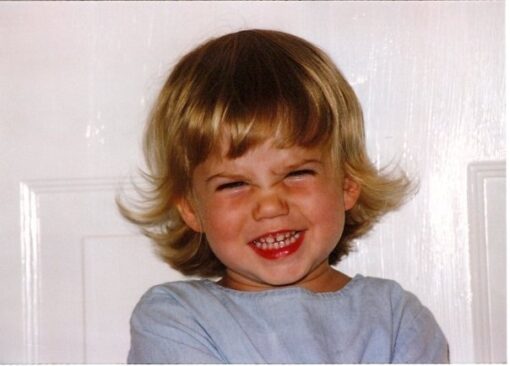 Here is The Child at sulky older sister age. She is not sulky, though, since she didn’t have a baby sibling to be jealous of

END_OF_DOCUMENT_TOKEN_TO_BE_REPLACED

‘Freelance was such fun. Until it wasn’t’

As you may recall, last week I was all set to share a crabby/funny story about when I was a freelance writer — when, all of a sudden, this happened: 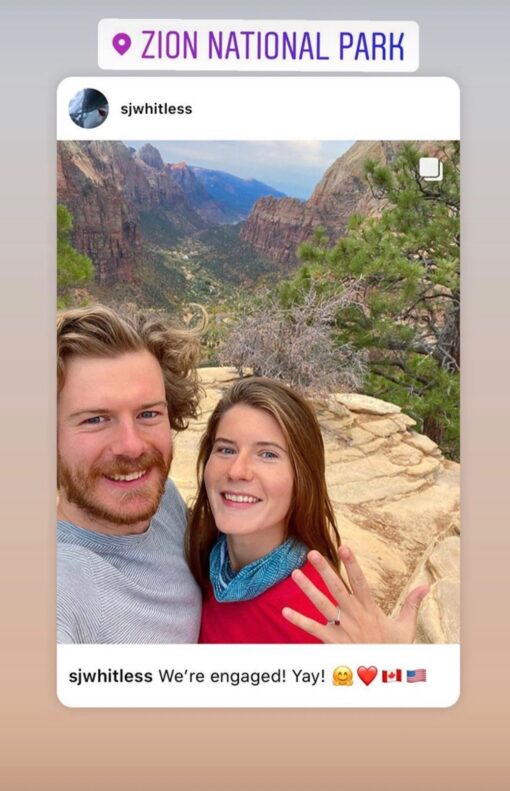 Needless to say, I’m still plenty excited. In fact, so excited I just can’t help treating you to another shot of the Happy Couple. 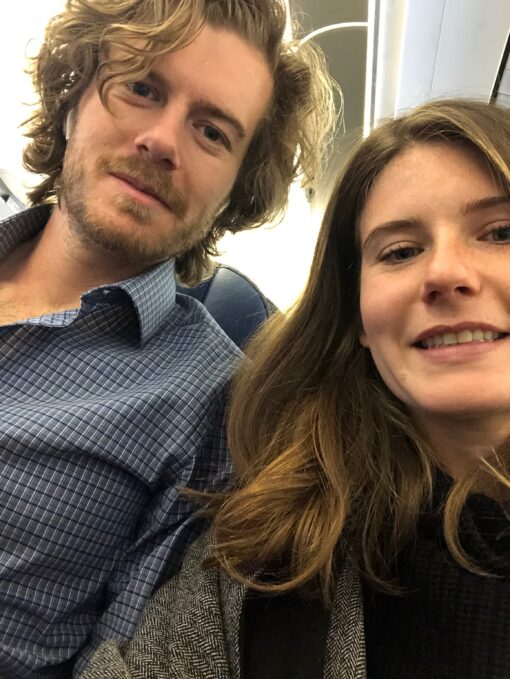 No one should be allowed to look this all-fired gorgeous on a plane, for heavens’ sakes

All in all, it was a darned exciting week, what with my umpteenth birthday, the afore-mentioned engagement, and the firing of President You-Know-Who (name rhymes with “dump”). There was some sad news, too — the death of Alex Trebeck, the beloved Jeopardy! host. Who was, of course, Canadian. (I say “of course” because I’m convinced, since The Engagement, that all the very best and very nicest men come from Canada.)

END_OF_DOCUMENT_TOKEN_TO_BE_REPLACED

‘Wearing headgear well runs in the family. Too bad I didn’t get that gene.’

As you, dear Reader, know only too well, we’ve been slowly and-oh-so-surely settling in to the new Ken and Barbie House. All the Big Stuff has found a new home, and we’re on to clearing out the Little Stuff. (I am having nightly horrors about the Junk Drawer.)

We Henrys have been holding regular Family Facetime Calls with our dear Mother every Sunday, and on one of these, not too long ago, I happened to be in the middle of clearing out the coat closet. (How many mismatched gloves can one person have?!?)

My Oldest Younger Brother looks over my Facetimed shoulder and says, “Hey! There’s the Hat!” And goldarnit. There it was. 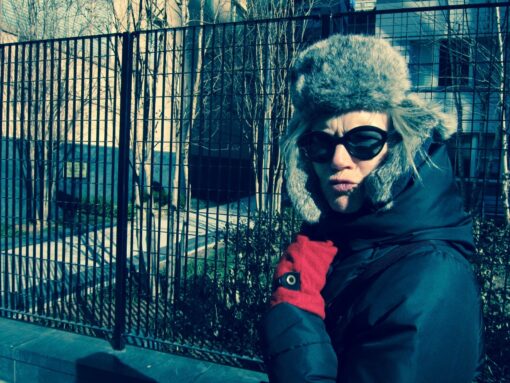 The Hat. Basically, the only one I wear. And not for “fashion”

It was easy to spot because not only is it large and furry and rather assertive and unmissable on a closet shelf, it’s pretty much the only hat I wear — being as how I only wear hats for function, not fashion.

END_OF_DOCUMENT_TOKEN_TO_BE_REPLACED

Big surprise: my name isn’t actually “Lutheran Liar.” It’s Alice, a name I didn’t like much when I was a girl. Back then I wished my name was Linda or Debbie or Nancy or Sandy or Barb. Cool girl names. Cheerleader names. Girls-with-flips names. (That’s me, without a cool name, but with a reasonably-cool flip, in the picture at the top of this story.)

Instead, I got saddled with the name Alice. Which is a perfectly lovely name, really. But at the time I thought it was a “Grandma Name.” Maybe that’s because, in my case, it actually was a Grandma Name: the name of my Peterson Gramma. To add insult to name injury, my middle name was also a Grandma Name: Celia, the name of my Henry Gramma. (I couldn’t — and didn’t — do this to The Child. Her name would have been Bertha Myrna.) 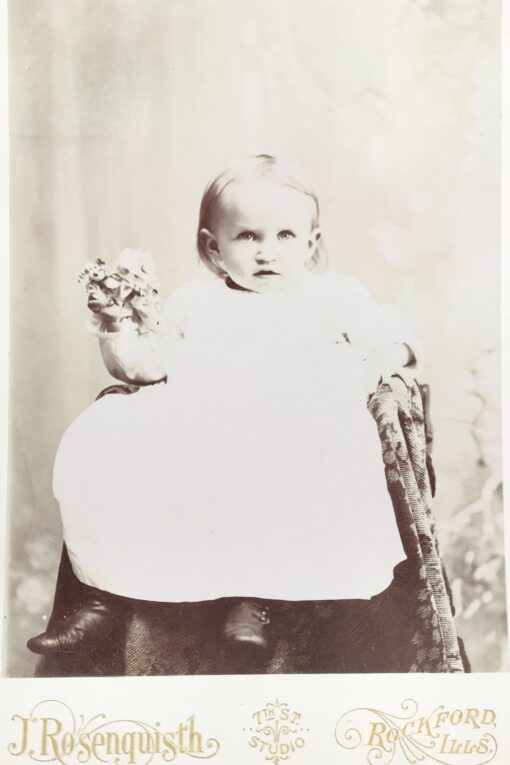 END_OF_DOCUMENT_TOKEN_TO_BE_REPLACED

‘Me and the mimeograph machine, making news after school’

Somebody Up There must not want me to go to The City. Last week when I journeyed there for a necessary errand, an epic storm struck right when I had to catch the Jitney home. In spite of being (what I thought was) adequately prepared, I — and everything I had with me — got thoroughly soaked. (I tried to make a video of myself pouring literally cups of water out of my rain shoes — yes, “rain shoes”, I told you I was prepared — but it was too dark and wet down by my feet.) 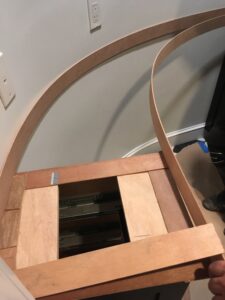 The errand that took me into The City: watching the countertop guys make a template for this curved counter in our itty bitty kitchen 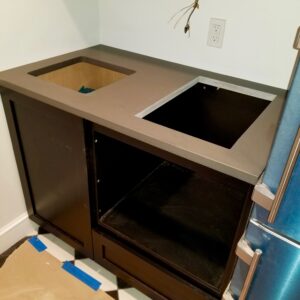 Here’s how the side with no curve turned out

As you know only too well by now, The Dude and I are downsizing and need to get everything out of the old apartment. So, every time I slip into The City I try to bring some stuff back with me. If I’m traveling by Jitney (which is a fancy New York name for what is essentially a bus) I can’t take, say, boxes of books, but every little bit counts.

END_OF_DOCUMENT_TOKEN_TO_BE_REPLACED

‘Believe it or not, summer’s almost over’

I’ve written about the astonishing swiftness of summer before. (See “The Days are Long, but The Season is Short.”) And more than just that one time. (See “Yup, Summer’s Officially Over,” etc. etc.) One would think that by now, with so many summers under my baby-boomer belt, I’d be used to the swiftness of it all.

One would be wrong.

What made me realize that this particular pandemic-plagued summer was already sailing inexorably into its sunset was a photo my beloved Favorite Only Sister posted on Instagram recently. 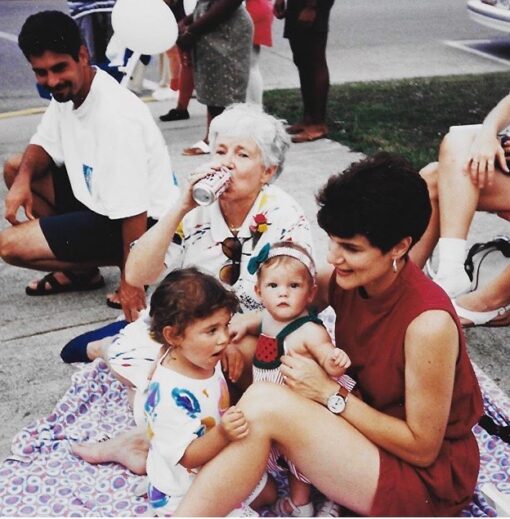 Here it is. Showing a mixed assortment of Clinton County Parade spectators. Looks like I missed a *sniff* swell time that year

She posted it because, yes, it’s Clinton County Fair Time again. The Parade pictured was enjoyed during a time when we kids were all grown up, some of us with kids of our own. I was, alas, missing from the scene that particular year. But I did get to witness the “Surfing the Internet with God” float (pictured at the top of this post) on another similarly-memorable Parade-watching occasion.

END_OF_DOCUMENT_TOKEN_TO_BE_REPLACED

‘From zero driving to truck driving in no time flat’

Back in the early 80s I dated this guy who also worked in the New York City Ad Biz — he was a producer; I was a copywriter — but he, unlike me, owned a vehicle. This was (and still is) somewhat unusual for a New Yorker. 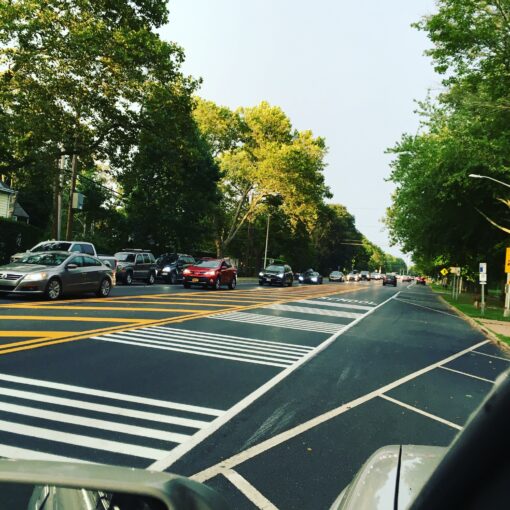 The few New Yorkers who own cars are all out here

Anyway, this guy was really cool. Still is, I imagine. He was so cool that he not only owned a vehicle, he owned a truck. This was so unusual — and, to me, so cool — that I dubbed this vehicle — I don’t remember the make but it was white — his Personal Truck. As in, “Oh, do we get to go wash your Personal Truck?” 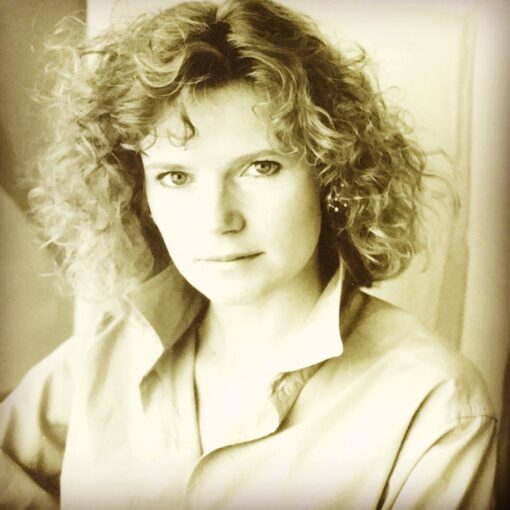 Yup, that’s me. During my ride-around-in-the-Personal-Truck period

I say “go wash” because Cool Guy did not keep his Personal Truck in the City. He kept it at his childhood home in New Jersey. We would hop on the train, pick it up (well, it was a pickup truck, after all), wash it (this was back when you could ride through a car wash, which I enjoyed immensely) and then he would drive it around while I made those swoopy hand-fish motions out the window and felt the wind in my hair.

END_OF_DOCUMENT_TOKEN_TO_BE_REPLACED

‘”You’re going to be a grownup for a very long time.”‘

I had my heart set on using this seriously cute photo of The Child wearing my shiny brown hand-tooled cowboy boots. (They look more like hip boots on her three-or-four-year-old form.) In this lost photo she is also sporting a pair of big ole dangly pearl clip-on earrings. Painfully cute. 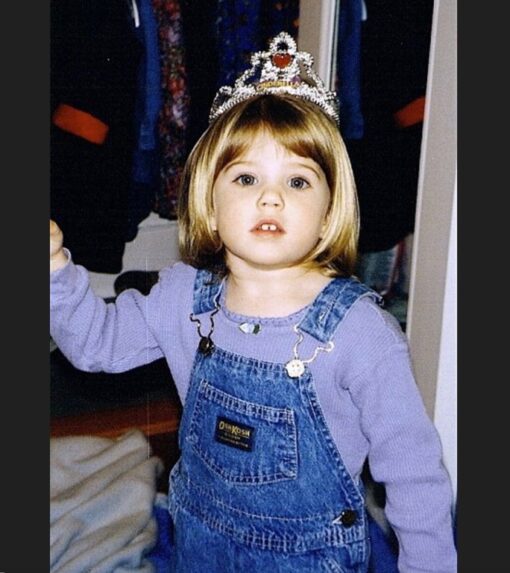 Never fear. I have a plethora of painfully cute Child photos

I could keep on looking, but the clock just keeps on ticking and it’ll be Wednesday before this Tuesday post is done if I don’t just forge on ahead. 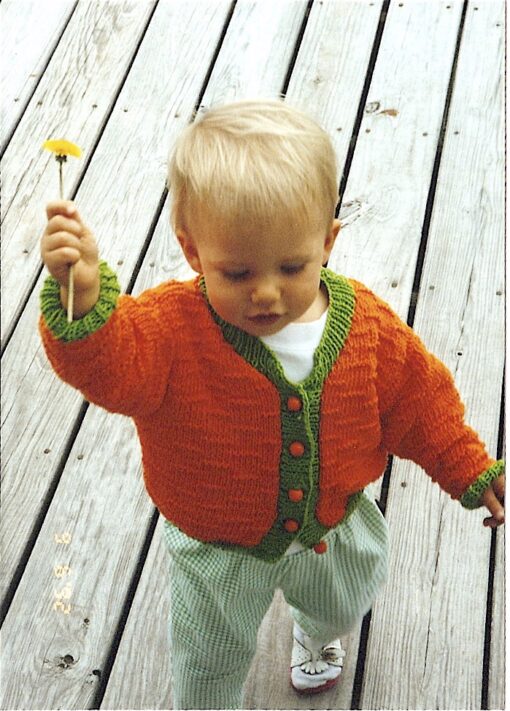 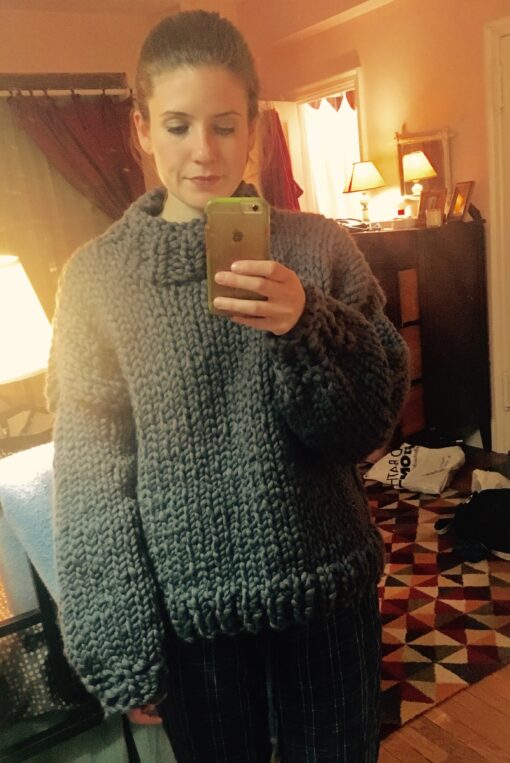