‘Entertaining is easy — with the right guests’

It is a truth universally acknowledged, that a woman in possession of an extra room, must be in want of a guest. (Sorry, Jane Austen.)

When I told The Child about my plan to write about house guests (both the really great ones and the really, um, not-so-great ones), she was concerned. “Mom! What if one of the Not-So-Great Guests reads your piece and sees that you’re writing about him (or her)!” And I’m like, “So? Maybe he or she would benefit from being thusly outed.” So. Be warned. Especially if you ever stayed with me and upon leaving I said to you, “I hope you had a really nice time.” 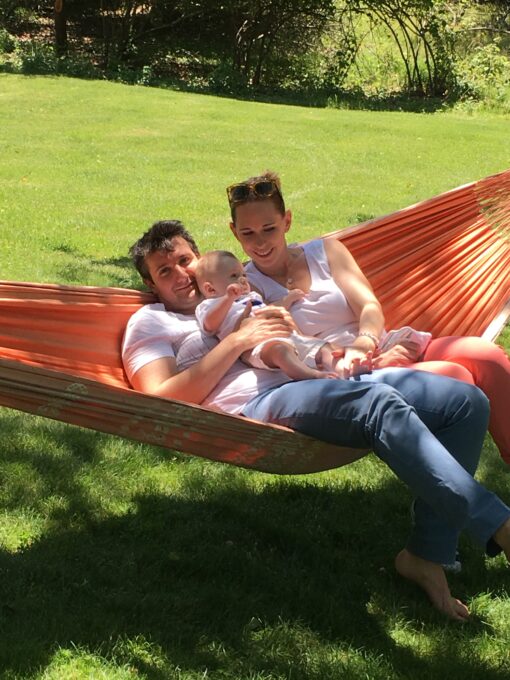 Really great guests in a hammock. I did not ask them if they “had a really nice time.”

I first wrote about the House Guest Thing a few years ago. But somehow gremlins (or maybe scorned house guests?) ate the post. Anyway. The story somehow disappeared from my archives.

I didn’t think much about it. I had other, more pressing, things to write about. How I almost went to work in Arkansas for Wall-Mart (“My Almost Arkansas Commute”), My recipe for corn salad (“Friends, Romans, Countrymen: Lend Me Your Ears”) and so on and so forth. 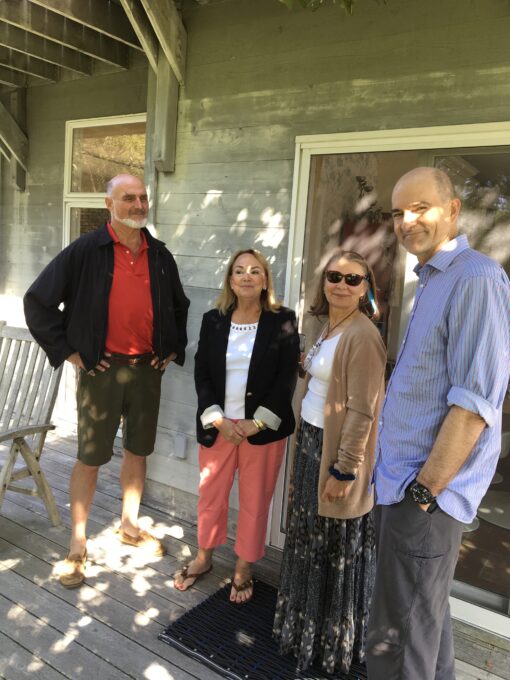 But today I waved good-bye to my Brother-In-Law Bill. Who is The Dude’s brother. Aside from a propensity for buying multiple loaves of crumb-producing bread, he’s a pretty good house guest. He doesn’t expect to be entertained. He doesn’t leave wet towels around. He doesn’t try to cook; in fact, he likes my cooking. END_OF_DOCUMENT_TOKEN_TO_BE_REPLACED

‘The best way to get ready for house guests’

I remember vividly the time I was chatting happily away on the phone with my Middle Younger Brother Roger when I caught myself and said, “Darn. I’ve gotta go. Wayne’s sister and her squeeze are coming for the weekend, and I have to clean.” At which my wise brother said, “No, no. You’ve got that backwards. You don’t clean before guests come — you clean after they go.” 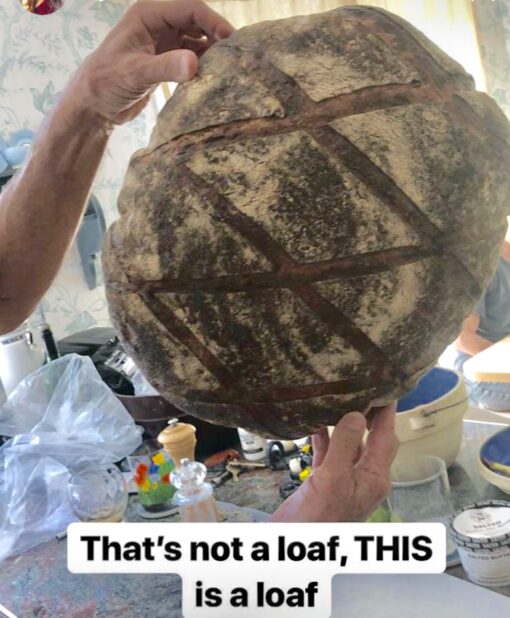 Major crumb-producing loaf. When The Dude’s Bro visits, we go through one of these puppies each day

Well. How smart is my Middle Younger Brother? He was absolutely right. Guests — even beloved, dear, wonderful guests — make messes. Where I am, here on gorgeous Eastern Long Island (the land some folk call “The Hamptons”), guests produce not only crumbs on the countertops and hair in the showers but also sand on the floor. (And often there is sand in those showers too.) 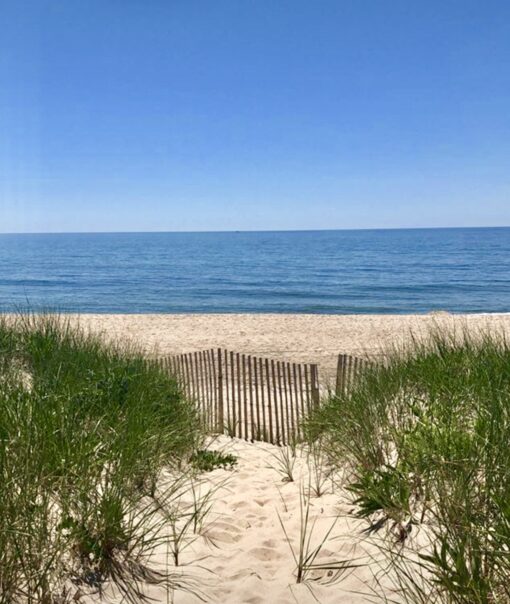 If you clean before guests come, you’re in that awful Hostess Place where you’re following your guests around with, like, a sponge or a cloth, trying to deal with crumbs and sand and whatnot, thinking “Oooooo…I just vacuumed that floor!” instead of relaxing and enjoying yourself — and them. 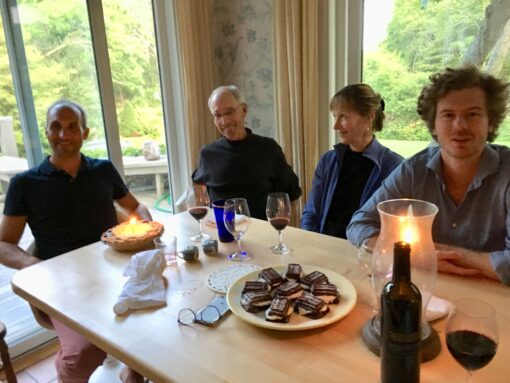 END_OF_DOCUMENT_TOKEN_TO_BE_REPLACED

Yes, yes. I know that it’s really “mispronunciation”. I just wanted to mess with you a little. And to see if you (like me) are operating on less than all your mental cylinders. 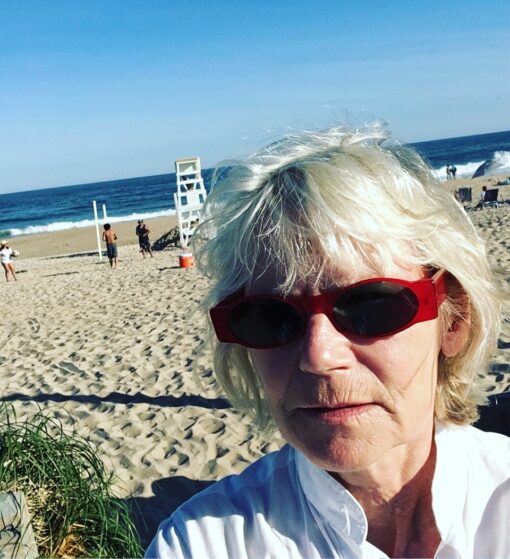 Red, white, and blue-sky blue. That’s me in Summer Mode

See, it’s hard to focus on stuff like a Weekly Blog when it’s as gorgeous as it is here, both weather-wise and scenery-wise. Though having one of my stories published in an actual newspaper — the kind that uses actual ink and is sold on actual newsstands and lands ker-plunk on actual doorsteps — gave me a nice boost. Here’s the story in case you are not one of the East Hampton Star’s many discerning subscribers: it’s called House Guest Hall of Fame. 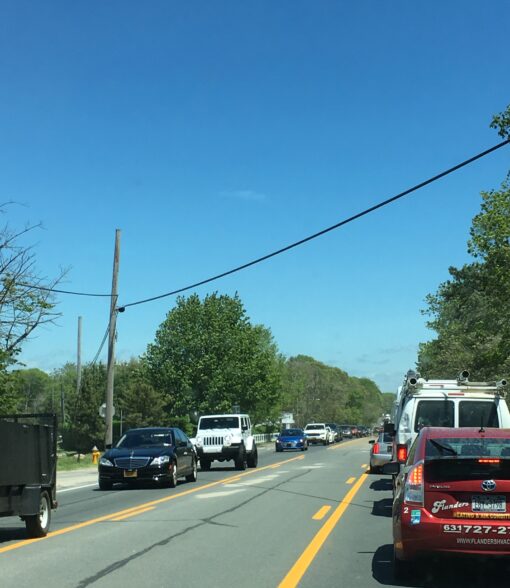 One of the ways it’s NOT so gorgeous out here. Traffic like this is one of the reasons I almost never leave The Compound

Speaking of house guests, it’s also been hard to focus because I’ve had my share of them lately. And, thank the Hospitality Gods, they were all good guests. First I had my Bridge Buddy Pajama Party. (No photos exist, thank the Embarrassment Gods, since we did get up to some negroni-fueled hijinks.) Then the Chocolate-Company-Owning Nephew and Niece with the Three Adorable Daughters paid a visit. 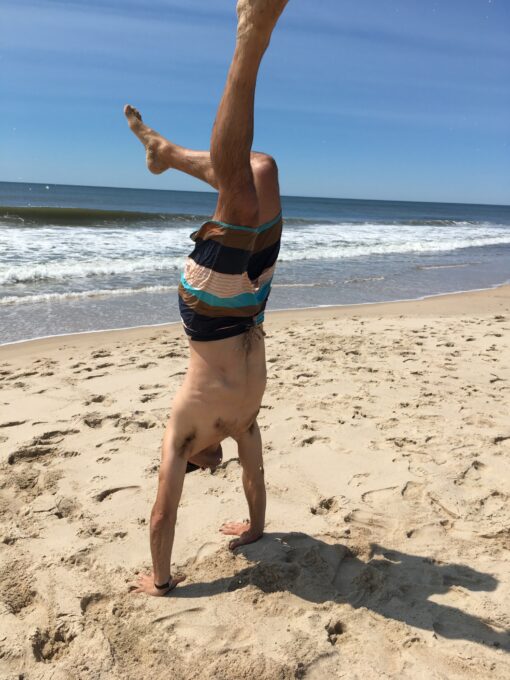 What my Chocolate-Company-Owning Nephew does on his day off 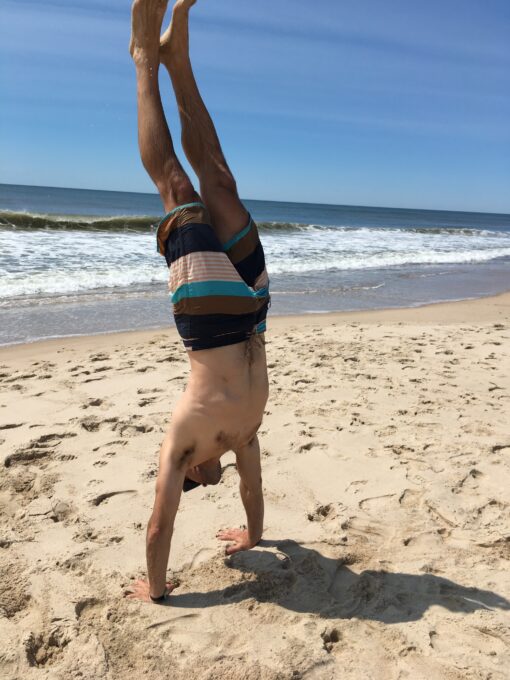 He can run a chocolate company (Taza Chocolate, the best on earth) while standing on his head

END_OF_DOCUMENT_TOKEN_TO_BE_REPLACED

‘Tales, some rather scary, of Other People’s Children.’

First, let me state for the record that The Dude and I like children. After all, we actually went to a great deal of trouble to have one. It’s just that, sometimes, now and then, really not all that often but often enough, we run into some pretty frightening examples of Other People’s Children. And I bet you do too.

There were the Kids Who Ran Around The House Screaming While Smearing Brownies Into The Furniture And Rugs. The Kids Who Dropped The Cat From A Height. And my personal favorites, The Kids Who Threw Rocks — inside the house — at the dining-room table.

But hey. Let me pause in my semi-rant to share a snap of a Kid Who Can Come Back Any Time. True, this kid is still at that can’t-do-much-harm phase. For one thing, he can’t run around, much less run around smearing. And, as for screaming, heck. Even when he cries at the top of his lungs, all that comes out is a sound sort of like the world’s tiniest baby elephant. 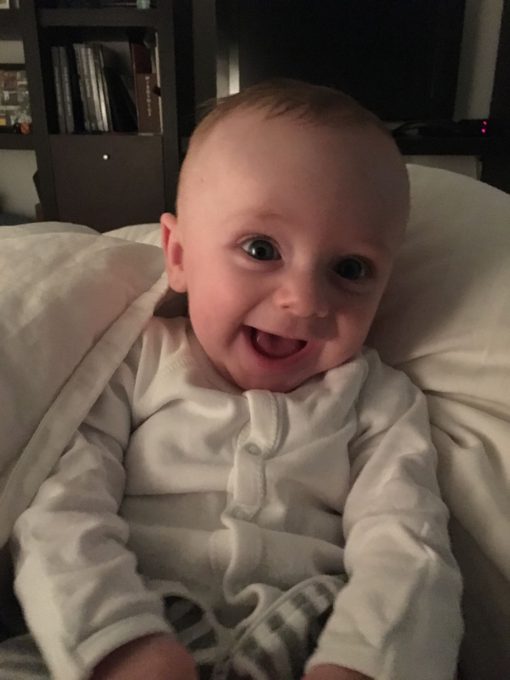 A decidedly cute, incredibly benign, example of an Other Person’s Child

Now, don’t get me wrong. I don’t expect kids to be perfect. Kids are kids: messy and noisy, even whiny and smelly. Why, I remember the time I came home from a ten-day shoot in Rome to a warm (and ripe) welcome from my own personal Child, who had taken advantage of my absence by not bathing for the duration. (The Dude didn’t notice, bless him.) END_OF_DOCUMENT_TOKEN_TO_BE_REPLACED

First, let me firmly establish, for you all Animal Lovers out there, that I am also one. An Animal Lover. When I was growing up in the Midwest we, like everyone else we knew, had not only a yard with plenty of room for pets to roam, but remarkably animal-tolerant parents. 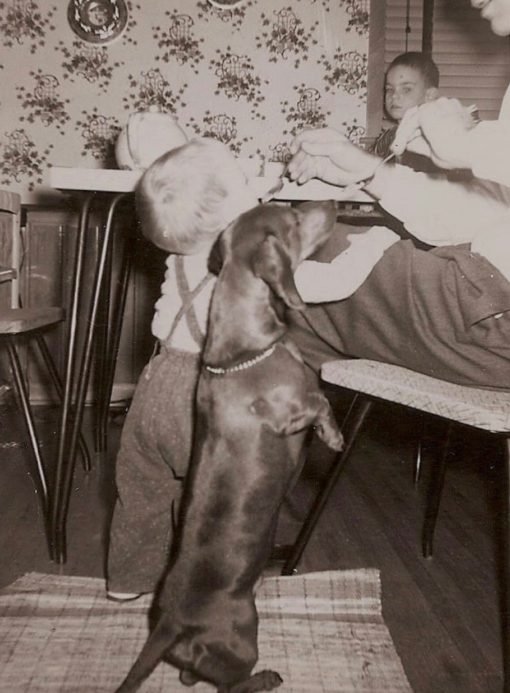 Not only were my parents animal-tolerant, they were animals-eating-with-the-family tolerant. That’s Middle Younger Bro Roger vying for table scraps with Hermie while Oldest Younger Bro Scott looks on

Through the years, we not only hosted dogs and cats of all stripes and dispositions (including one dog named Horrible because he was, in fact, ‘horrible’), but also turtles and rabbits and some guinea pigs who disappeared from their cages and were never seen again. Oh, and some guinea hens my brother Roger brought home from a sleepover. (They lived in the basement, roosting on the water pipes.) My Mom and Dad even tolerated reptiles (a couple of chameleons and an iguana named Cleopatra), probably because they didn’t last very long.

So. Now that we’ve set the pro-pet record straight, let me tell you about this dog.

The Dude and I hadn’t been married all that long. We were in that stage where you’re getting to know each other’s Friends From Before. One of the Dude’s was this guy named Gerry. They’d bonded while training together as ophthalmologists. We’d met them for a wild evening at Regine’s once, but this was the first (and, as it turned out, the last) time Gerry and his wife Mary (they later divorced; I am convinced it’s because their names rhymed) invited us out to Connecticut for the weekend.

We decided to go. After enjoying a pleasant drive in the ole VW Rabbit, Connecticut being a pretty state and all, we were pulling up to their house when we noticed two things: END_OF_DOCUMENT_TOKEN_TO_BE_REPLACED