‘An Advertising Executive cleans up’

To be honest, not having been raised with ‘Help’ (Hah! If anything, my sibs and I were the ‘Help’), I am a tad uncomfortable with same. For one thing, I never know where to go when the Cleaning Person is there. I feel a little odd going out for coffee all morning.

And there is that Lutheran Guilt Thing. If I’m not working (as in Earning Money), I feel funny not cleaning. (Though I don’t seem to have a problem spending The Dude’s hard-earned money on Starbucks lattes.)

Besides, I have a dirty little secret: I’m really really good at cleaning. And I kind of like the fact that when you’re done, everything looks gorgeous and smells good. Totally different from advertising.

In fact, I’m so good at cleaning, that one time, when I was ‘between jobs’, I toyed with the idea of starting my own cleaning business. 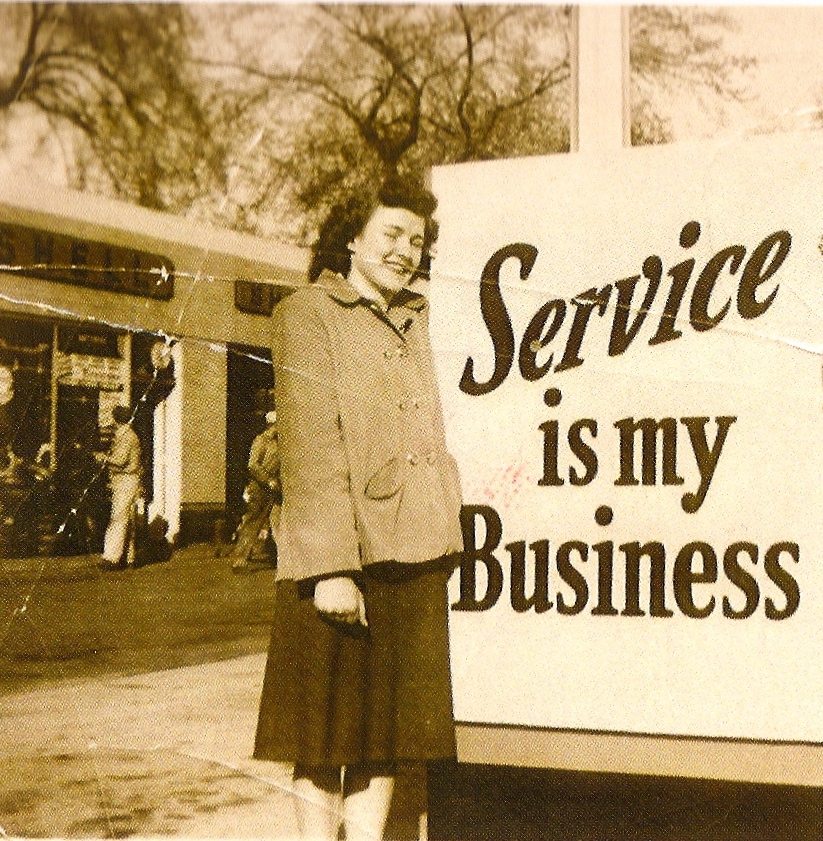 Looks like Mom had my business idea even before I did.

I even had a name. I was going to call my service ‘Executive Cleaning’ because I was, in fact, an ‘executive’ (recent Senior Vice President and Executive Creative Director at Advertising Agency’s Name Goes Here). And I would, in fact, be doing your cleaning.

My rate scale was pretty cool too. Instead of charging by the hour or by the day, I would charge by how clean you wanted your place to be. The least expensive job would be ‘Lick and a Promise’. You know: straightening the piles of magazines, plumping the pillows. It would look good — if you didn’t look too closely. When I was a kid doing a job this, well, adequately, was called ‘close enough for government work’.

Next up in the pricing scale would be ‘Dinner Party’. Which would mean that everything would look good, as long as the lights weren’t too bright. My pricing went on (modestly) up, with choices like ‘Weekend Guests’. (This is where I come to your place after said guests have gone.) There was even an opt-out option (I’d skip your place that week) called ‘Kids Home from School’.

Oh. The most expensive? Where I reorganize the inside of the closets and dust the tops of the picture frames? That would be ‘Mother-in-Law Visit’.

I guess the whole do-your-own-cleaning thing is in my blood. Though, in fact, my childhood home was notoriously messy (but messy in a good-natured, raising-five-children sort of way). But once in a while, all the stops were pulled out, and all hands were on deck.  My Dad once famously drew up a spectacularly detailed to-do cleaning list including items like ‘clean basement’, ‘organize shed’, and ‘kill dog’. 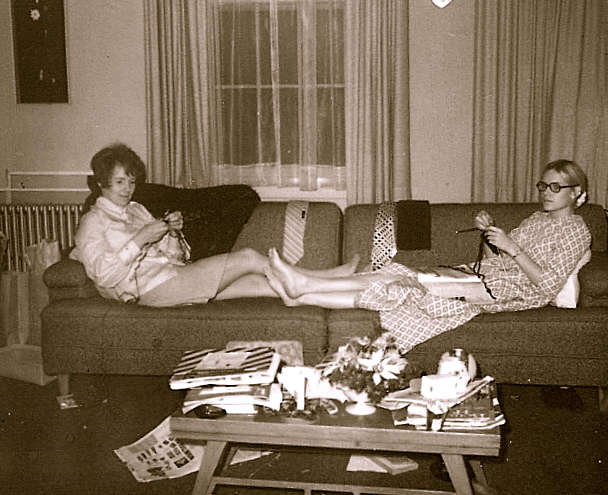 Mom and Me, chilling. Note coffee table piled with everything but coffee

This was in preparation for my first wedding. But that’s a story for another day. Stay tuned. And thank you, as always, for reading.

Right now, I have to go strip the beds. It’s my morning to ‘do’ the sheets.

If going to the sidebar is too daunting, or if you haven’t had your Starbucks latte yet, just click on any of these:

The wonderfully retro tile at the top of this post is from a bathroom in Memphis, Tennessee, and in a photo by William Eggleston.