‘Another anniversary celebrated in singular style’

Dude Man and I didn’t have a reception when we were married. We didn’t even have a wedding. Not really. We pledged our troth in front of a Unitarian minister in the United Nations nondenominational chapel with our parents as witnesses. 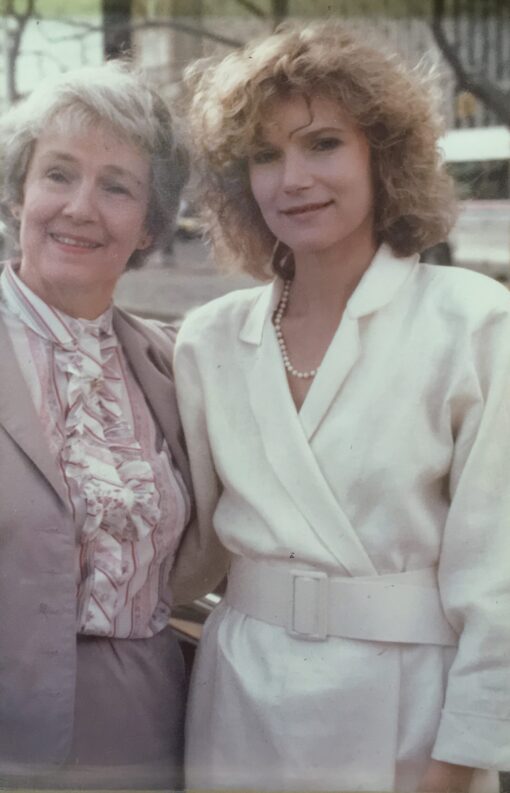 With one of our wedding guests — my mom

But, barely-boned wedding be darned, we are indeed married, and have been for 36 years. Thirty-seven years tomorrow. You can read all about this long-ago non-event — and our Carvel wedding cake — in “Winning the Dude-A-Thon.” 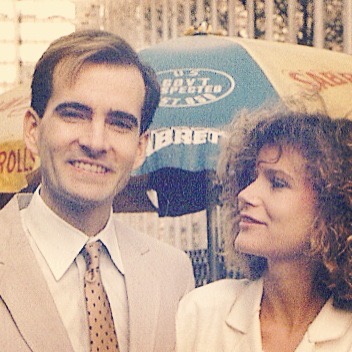 Back then we decided it would be smart — and financially prudent — to blow our teensy wedding budget on the honeymoon and have a party for our friends when we returned. 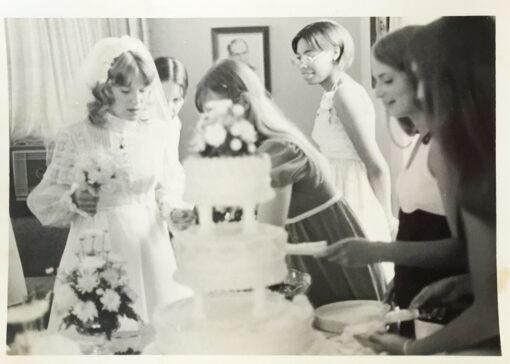 Another reason for no wedding: I’d had one before. Satisfy your curiosity with “My Polio-Shot Marriage”

Well, that didn’t happen. (The party, not the honeymoon. The honeymoon was fab. We spent part of it in a palace in Morocco owned by Malcolm Forbes. Yes, you can read about that in “Malcolm and the Duchess.”) And then we thought we’d have a first-year anniversary party. Don’t worry; you didn’t get invited because that didn’t happen either. Neither did the fifth-anniversary party. Or the tenth. Twenty-fifth? Uh-uh. 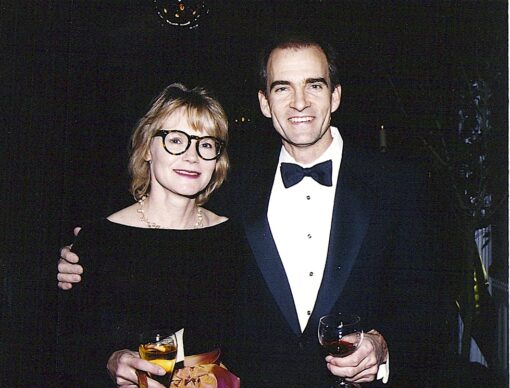 Anniversary party to which you did not get invited? Nah. Here we’re partying like it was 1999. Because it was — a Millennium-Turning “Do”

Nope. No parties. If two’s company and three’s a crowd, I guess you’d say we’ve had company for our anniversary every single year. 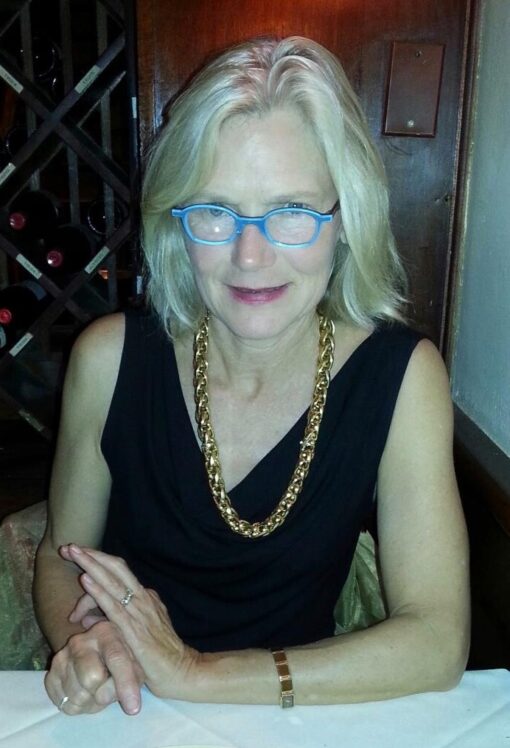 Sometimes we muster the energy to go out for our anniversary. Here’s dinner (for two, natch) at Felidia. (Thank you, Theresa, for the gift cert!)

We don’t really mind. We like each other’s company. And, yes, we really do like weddings. Other people’s weddings. (Dig into “I Do, I Do, I Really Do Like Weddings” for some nice nuptial examples.) 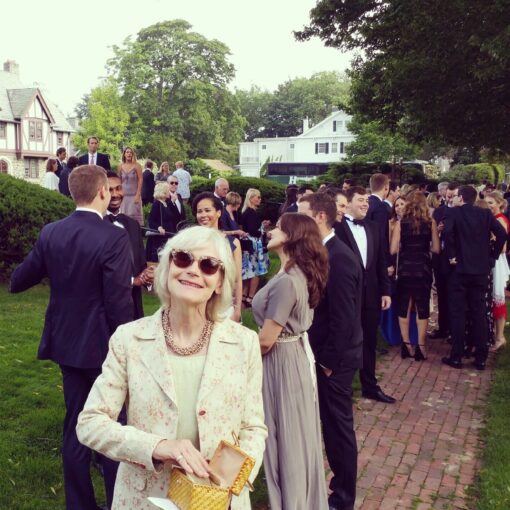 Me, digging the heck out of Another Person’s Wedding

Speaking of Other People’s Weddings, we have a very special one coming up fairly soon. Her Childness, as you may have read here in “How On Earth Did THIS Happen?” is (gasp) getting married. And she’s not even a Child Bride. (See “Never Trust Anyone Over Thirty” for that stupefying story.) 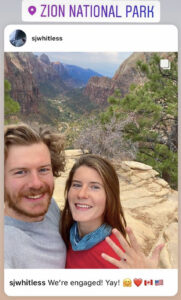 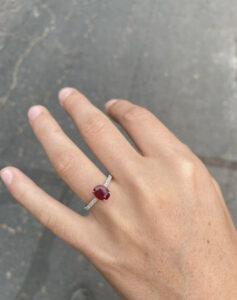 The Child’s engagement ring. Not only did I not have a wedding, I didn’t have one of these either

Many friends have showered me with congratulations, and with well-meaning questions like: “Where/when will the wedding be?” “What is the color scheme?” “What are you wearing?” culminating sometimes with “Oh, what fun! You get to plan a wedding!“

To which I reply, “Wherever/whenever they decide” or “I have no idea, though I’m guessing not black,” “Anything that goes with my tiara,” culminating sometimes with “Hey, it’s not my wedding!” 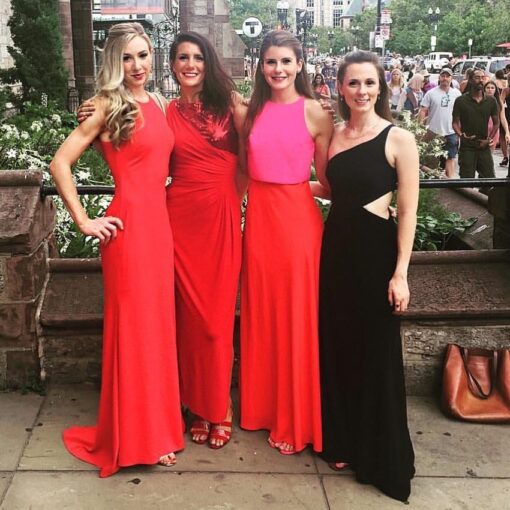 Hmmm. I guess black is fine, wedding-wise. The Child is one of the beauties in red

So, are Dude Man and I celebrating all by our lonesomes again this year? Looks that way. Aside from the fact that 37 years is no Big Anniversary Deal celebration-marker-wise, we have the pandemic as a skip-the-party excuse. Stay tuned for 40. But don’t buy a gift yet. And don’t hold your breath. 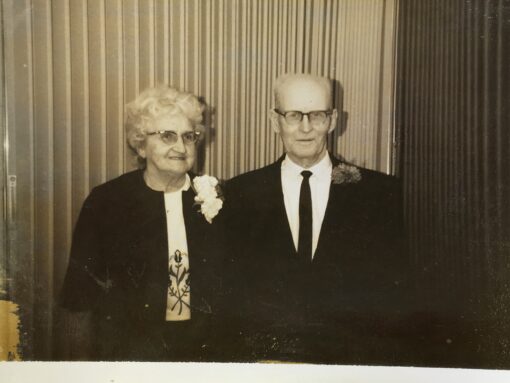 What 40th Anniversary Celebrations look like. (Grandparents P at theirs.) Better start saving for my corsage

7 thoughts on “Party of Two”