It snowed late that March too. A lot. So much that we were worried about travel. No, not for our guests, but for us.

See, we didn’t really have a wedding. We are officially married, rest assured. But those jillion-dollar affairs with champagne spigots and swans carved from ice? Not for us. For one thing, we were paying for it ourselves. And for another thing, while Dude Man does like attention, he does not like being the center of attention. Which can’t help but happen if you have a wedding. With yourself in it, I mean. 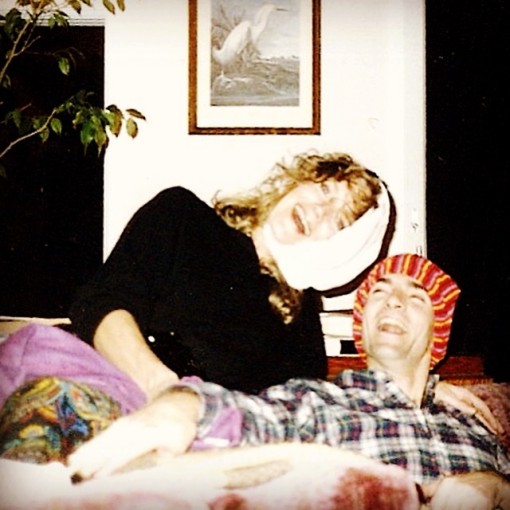 Speaking of being the center of attention, The Dude and I demonstrate the secret to a long marriage: racy underpants. Worn on your head, of course. (Oh, I’ve got a story involving underpants and a huge dog you might like)

See, The Dude had been to one too many weddings where people did things like write ‘Help Me!’ on the soles of the bridegroom’s shoes so everyone tittered when the kneeling bits happened. And, speaking of shoes, he once forgot his when he packed for an out-of-town wedding–a wedding where he was the Best Man.

So. No good nuptial-celebration associations there.

But it did make us sad to contemplate no wedding at all. (This was back in the days when getting married at City Hall, trust me, lacked the cachet it seems to have now.) So we compromised, which is actually good practice for being married, and found a non-denominational chapel (across from the UN, no less), invited our parents, got married, and had lunch. Then we spent the ‘wedding money’ on a trip to Europe. (I’ve got a cool story about our honeymoon called ‘They needed the eggs’ you might want to read when you’re done with this one.)

And we did have a wedding cake. The Dude got it at Carvel. Hey, why not? He doesn’t like cake, but he loves ice cream, especially Carvel. Which, for you Midwestern Readers out there, is kind of like Dairy Queen.

This Carvel Cake fit the bill just right. It had ‘Congratulations Alice and Wayne’ written in pretty icing on the top. And I must say, it was delicious. But you know how you’re supposed to freeze the top layer of your wedding cake and eat it on your first anniversary? Well, this Carvel Cake proved too tempting for the ice-cream-loving, tradition-challenged Dude. He had it polished off before the ink was even dry on our marriage license.

Oh, we did celebrate at least one other tradition. We had our Wedding Portrait taken. Next to a hot dog stand. You can admire it up there at the top of this post. And we always thought we would have a ‘party for our friends’. It was going to be ‘when we got back from our honeymoon’, then it was ‘when we have our first anniversary’. Then 10 years sounded like a good time. And then, um, 20. Well, it’s not that you weren’t invited — we still haven’t pulled off that party. But we do have party clothes, as you can see here*: 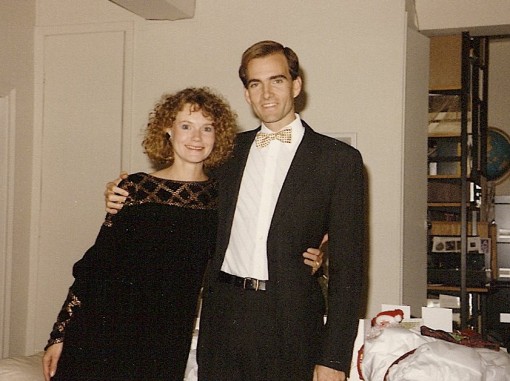 In our first apartment, dressed to the nines 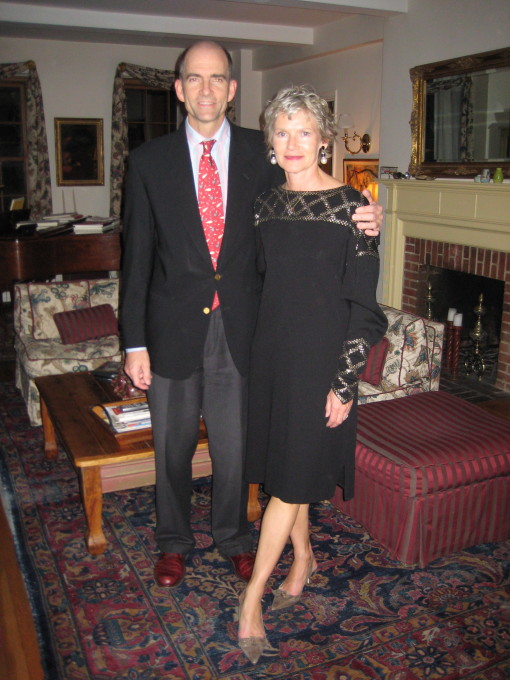 In our current apartment, dressed to the nines (me in the very same dress)

*That dress got around. You can also check it out at another stage of our 31-year-journey in my story ‘Auld Lang Sally’

So. Thirty-one years on the 31st. Which reminds me. Have you heard of something called the Golden Birthday? It’s when your age ‘matches’ your date of birth, and was considered pretty special when I was a kid. My sister Laura, who was born on the 18th (of December, much to her duplicate-Christmas-and-birthday-gift-hating dismay), celebrated her Golden Birthday when she turned 18.

My birthday, on the other hand, falls on the 1st of November (mark your calendars) which meant that my own Golden Birthday was completely wasted, since I was one year old at the time. Maybe my parents whooped it up for me. 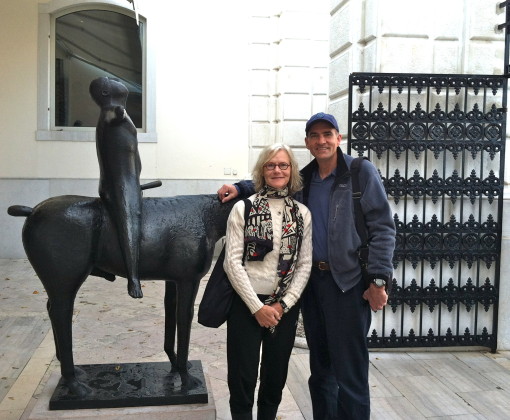 Speaking of Europe, and ‘racy’, The Dude and I pose in front of an X-rated statue in Venice. Not on the honeymoon (notice we are Old), but on a Big Recent Birthday

Thank you, as usual, for reading. I just have to switch back to a Young Picture to end this post. Here we are, on the beach at St. Kitts, about a million and thirty-one years ago. Sigh: 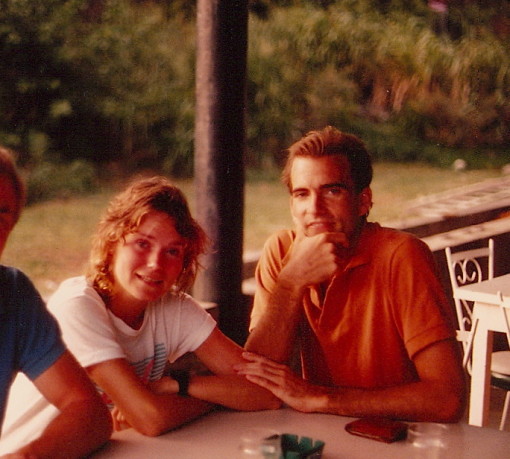 The Dude and I looking impossibly Young and Gorgeous, even while still-wet from the ocean

42 thoughts on “Winning the Dude-A-Thon”