‘There is a grownup hanging out in The Child’s room’

It hit me like a ton of memory sticks the other day that my daughter is the same age I was when I upped and moved to New York. 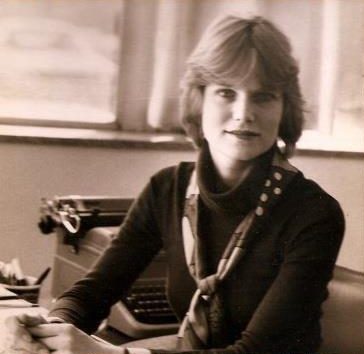 Me at my desk in Kansas City. Note manual typewriter 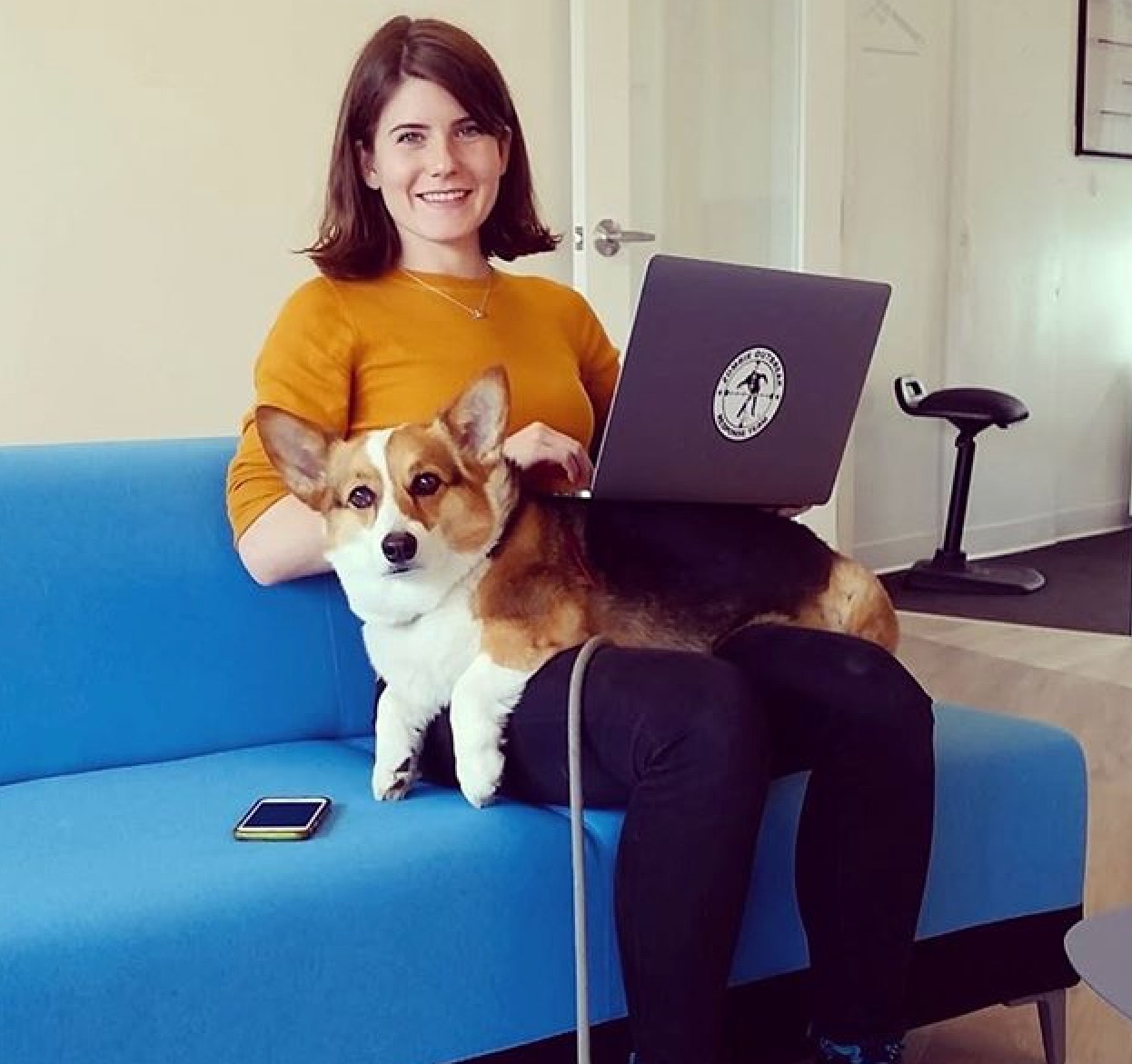 Child, at her ‘desk’ in Cambridge. Note laptop on lapdog

Now, at the time, you understand, I thought I was practically over the Advertising Hill and had better get the heck out of the Hinterlands before I got used to writing radio spots for chicken specials at Safeway and languished in career obscurity.

Now, of course, I realize that I was barely dry behind the ears and that writing poultry-packed radio spots wasn’t all that bad a way to make a living. After all, back then I drove a Mercedes. (A 450 SEL previously owned by an Army Guy, but still. A Mercedes.) 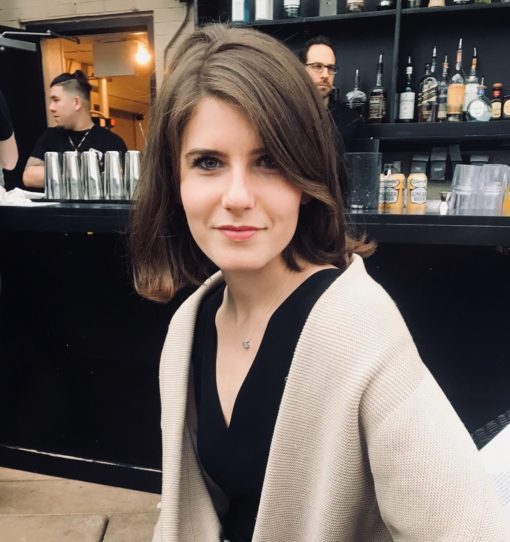 She used to tell jokes about bars. (See “Kangaroo Walks into a Bar”) Now she goes to bars

Like many of you out there who also are no longer Twenty-Somethings, I am constantly amazed at the rapid passage of time. Everything goes by so darned fast. Like, summer lasts about two weeks, tops. (See “The Days are Long, But the Season is Short” for deep seasonal diving.) I swear, there are some Labor Days when I put those white bucks back in the closet without having worn them once.

But back to the Alien Who Has Somehow In Five Minutes Taken Over The Space Formerly Occupied By The Child. Not only does this person not resemble in any way shape or form the daughter that lives in my mind’s eye (for one thing, she’s a zillion feet tall and towers over me), she doesn’t act like her, either.

The Child in my head teeters around on training wheels and goes on playdates where she breaks her arm and doesn’t tell us because she’s afraid we’ll “be mad because she was running inside”. The Child in the present goes on one-hundred mile bike rides and wins wine in backgammon tournaments — wine that she is more than old enough to drink. 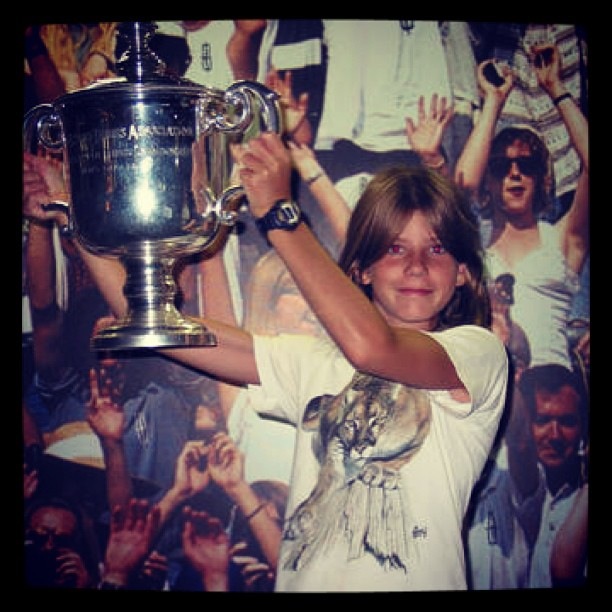 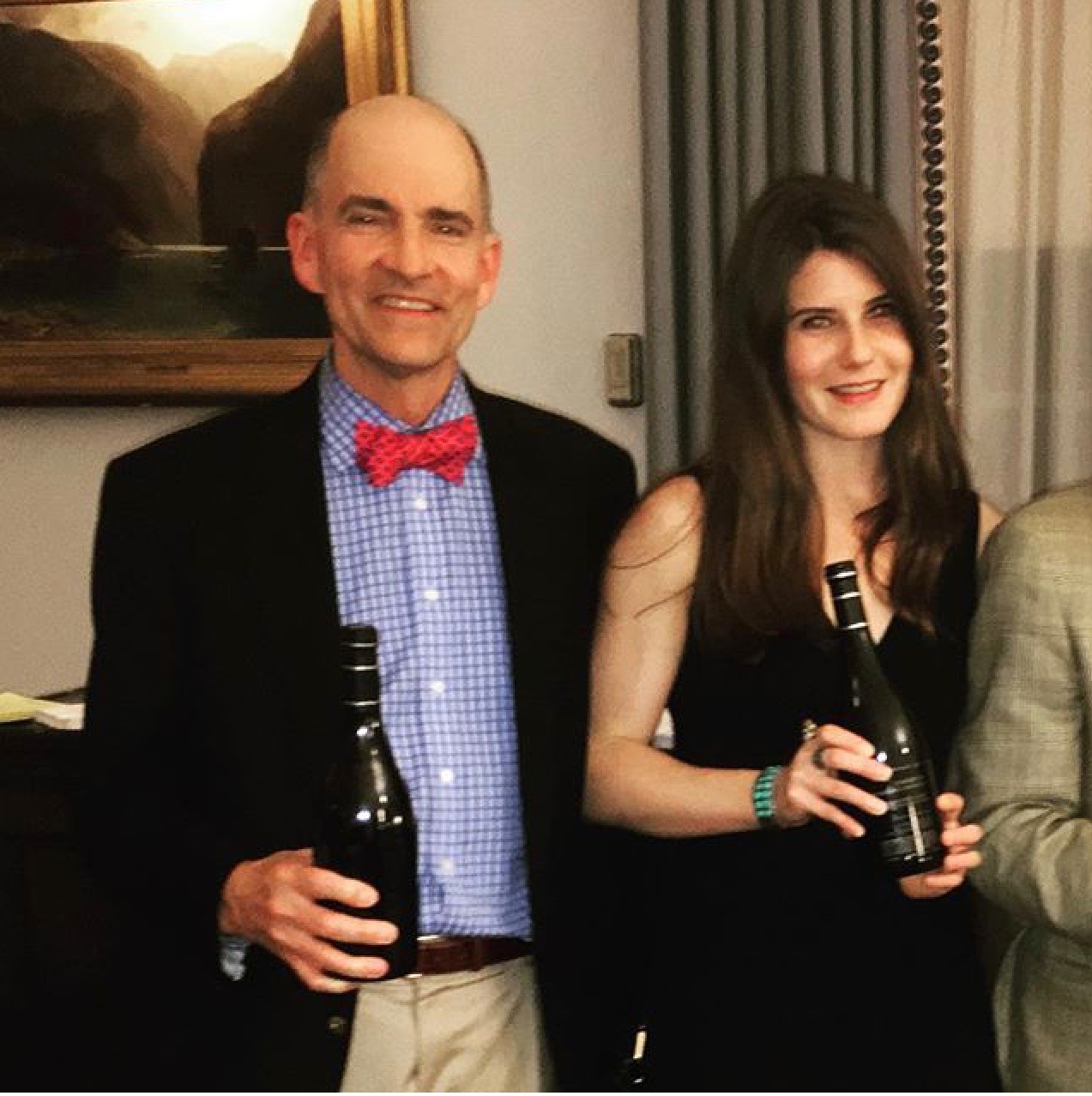 The Grownup poses with real backgammon trophies and authentic dad 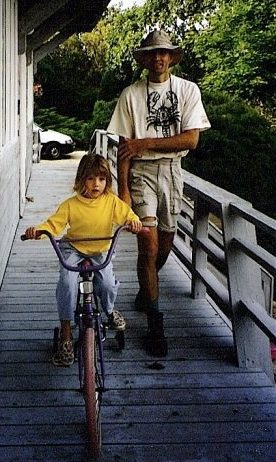 The Child finishing a decade 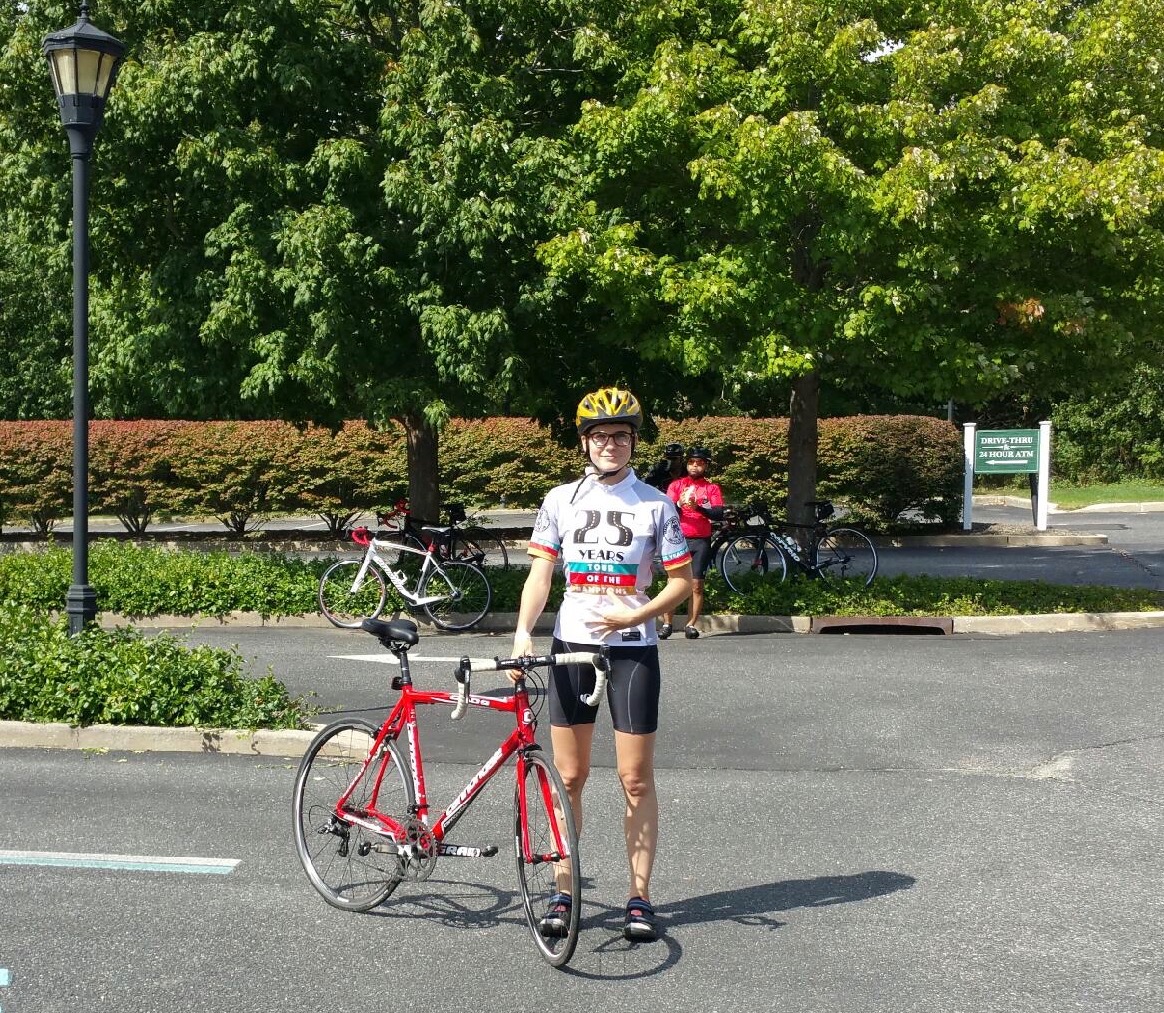 The Grownup finishing a Century

The Child in my head chooses a stuffed animal to take on a trip. (“Lion went last time, Mom. This time it’s Penguin’s turn.”) The Child in the present goes gallivanting around the globe. 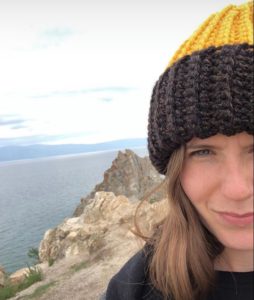 Speaking of global gallivanting, The Child now not only goes on trips without us, she takes care of things while we go on trips without her. I don’t know what we would have done had she not been on the scene during our first jaunt to Africa. Not only did she have to deal with a sick cat, but our apartment building caught on fire. (See “The Agent of Destruction” for heroic details.) 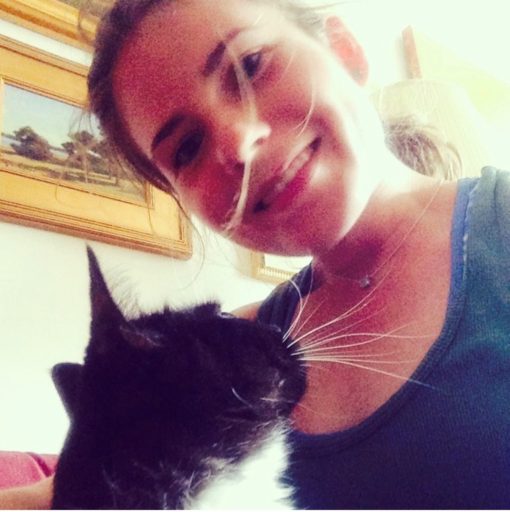 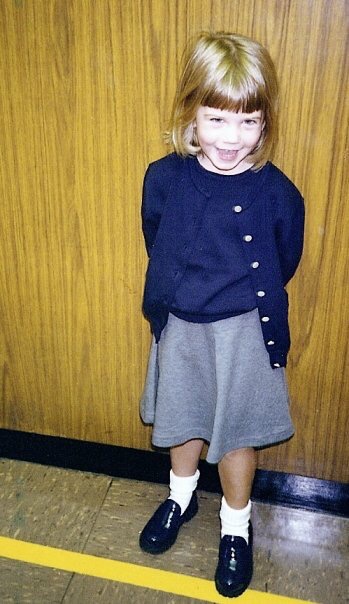 The Child, as the Toast of Nursery School 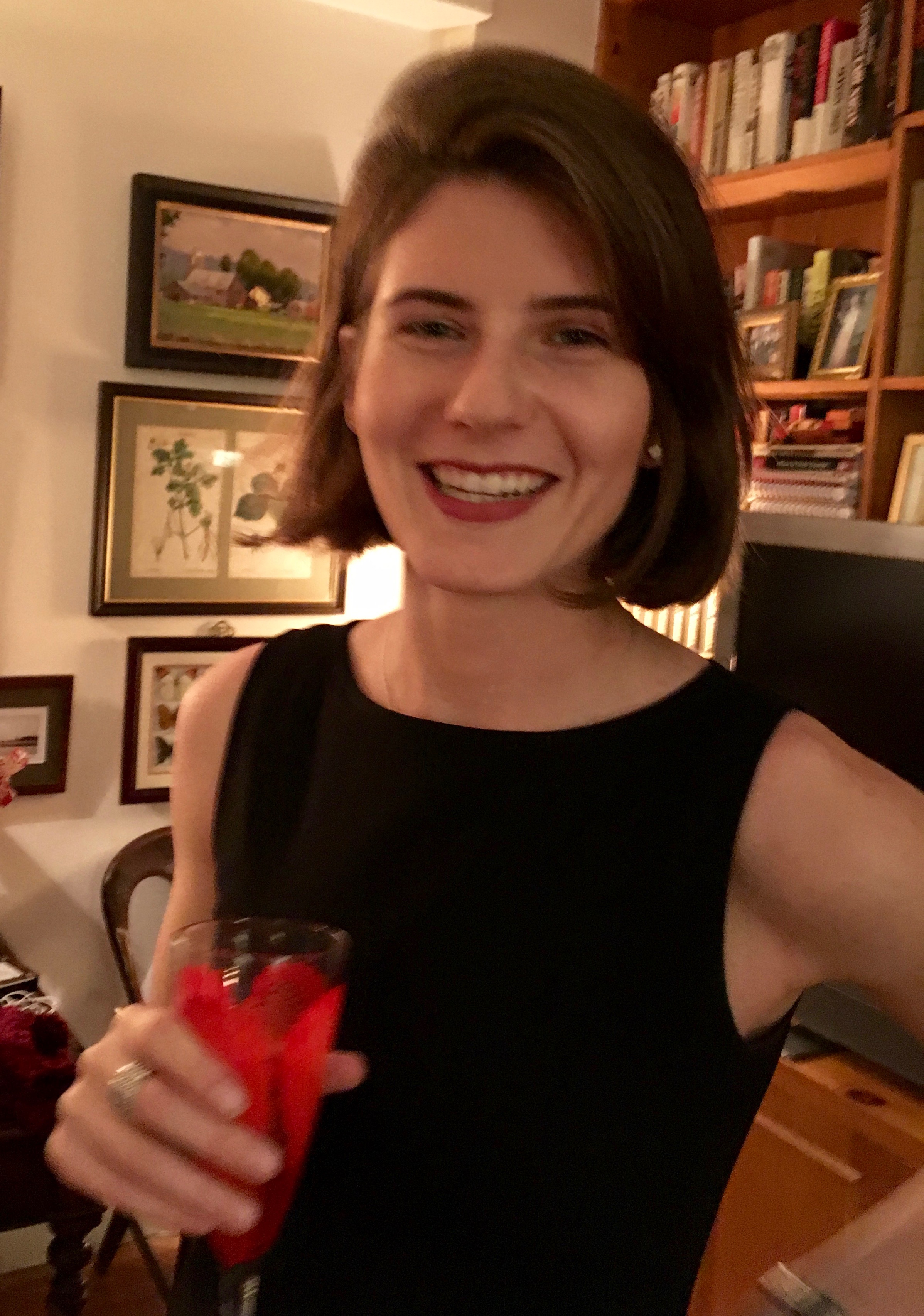 The Grownup, as the Toast of New York

I could go on and on. (Like many Parents-of-One, I have an amazing number of photos of Said Child.) But I will end with one last shot — and with this question: If The Child is now a Grownup, then what does that make me? 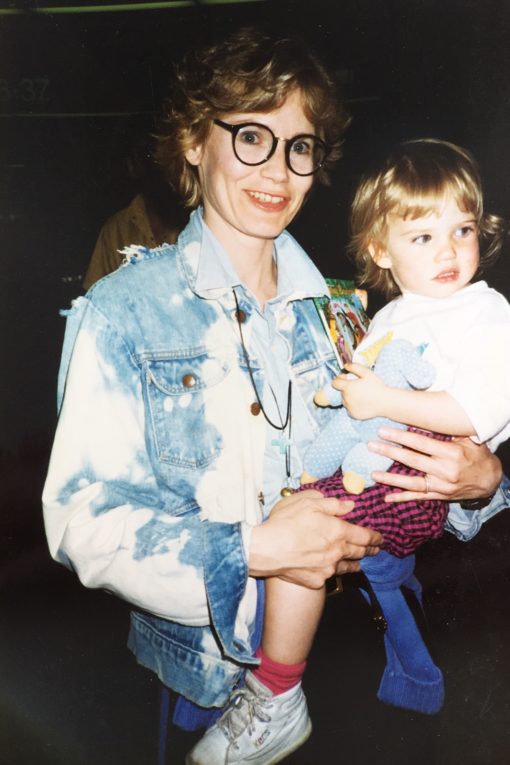 The Child and I as we exist now only in my imagination. Hmmm. Perhaps Time actually is on our side

10 thoughts on “Who are you, and what have you done with my daughter?”