‘Questions for my Oldest Younger Brother on his Day’

Those of you who are my Devoted Readers (bless your hearts) know by now that I like to speak softly and poke fun at my Family with a big stick. Today, because it’s your birthday, it’s your turn, King Tut (er, Scott).

It’s been a long time since you and I fought over who got the top bunk. (Yes, Scott was my first Roommate of the Opposite Sex.) And a long time, even, since you and I smuggled a motorcycle into a motel room. (I see a pattern of co-habitation here. If you readers are curious and/or titillated, you can check out that story here.)

But, back to you and your birthday. And those questions.

1. Did you recover fully from having watermelon ‘jammed down your throat’? See, when Scott was just a tyke, he, like many small children, was not into trying new, unfamiliar, or weird-looking foods. He thought that red food — tomatoes, watermelon — looked particularly unappetizing. Our less-than-patient father got particularly exasperated one hot suppertime, and told Scott to ‘try that delicious watermelon right now, or I’ll jam it down your throat’. Not sure I’d recommend this technique to some of you New Parents, but hey, it worked. 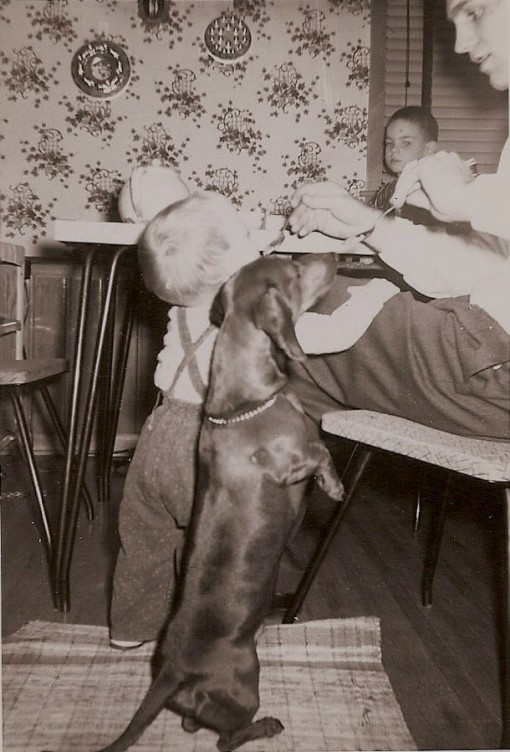 Scott looks on warily as our Dad jams something-or-other down somebody else’s throat.

2. Speaking of food, does anyone still call you “Scott ‘Sweet-Corn’ Henry”? Our Swedish Grampa Peterson used to marvel at Scott’s corn capacity. See, Scott, even at four or five years old, could polish off six ears while everyone else was still working on their first. This would tickle our Grampa so much I swear I could actually hear him laughing. 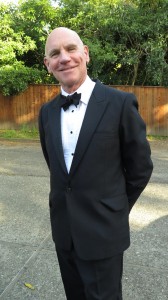 Which twin has the tux? 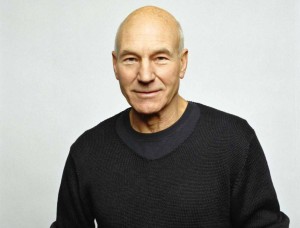 Patrick Stewart, pretending to be my brother.

4. Got any more hot market tips? Scott knows more stuff about more things than practically anyone I know: photography, baseball, Bob Dylan, the Beat Poets. And he’s truly uncanny in his predictions. He once sidled up to me at a family gathering in, like, the early 70’s and whispered, ‘Graduate’-style, into my ear: ‘Starbucks’. 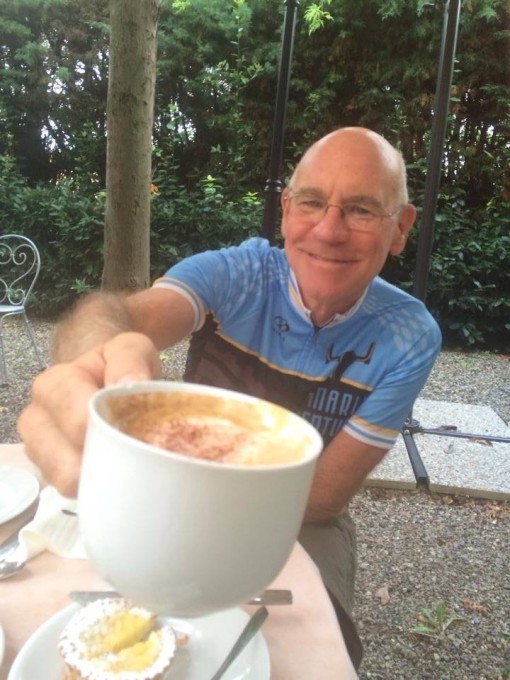 Of course, Scott would never settle for mere Starbucks. This is Italian coffee. In Italy.

5. And, finally, that cake question. One afternoon, Scott discovered his father-in-law frantically rummaging around in his kitchen cabinets, asking ‘Where do you keep your cake?’ So, um, where do you keep it? (For another hilarious in-law-in-the-kitchen tale involving yet another of my brothers, see ‘The Incest Mug’.) And, Scott, do you still prefer ‘black cake with blue icing’, which Mom famously produced for you. Not sure if that’s the flavor of the cake(s) in this picture, a shot that sort of sums up our early relationship: 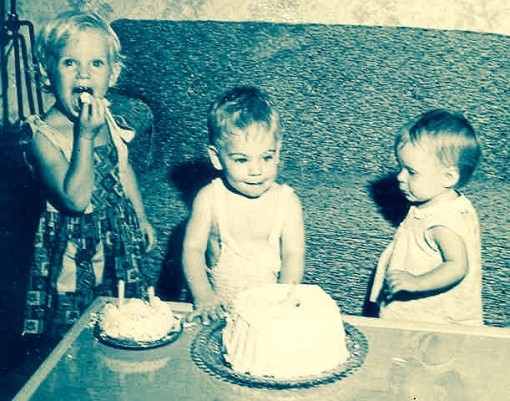 Scott sings ‘happy birthday to my cake’. Need I mention that I demanded a cake too? That’s Theresa From Next Door deciding which cake to go for first.

In closing, I would just like to wish you a most marvelous birthday. I actually love that it’s your birthday, because it means that today you’re only one year younger than me, instead of two. (Does this mean that eventually you’ll catch up?) Oh, and I would like to ask you one more question: Do you still get handmade birthday cards? 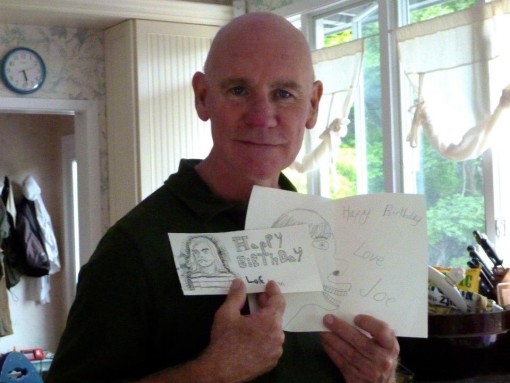 Scott displays cards made a few birthdays ago by his sons Aaron and Joe.

Well yes, I suppose you do. That is, if you count this post as a ‘birthday card’. At any rate, consider it compensation for that first-birthday photo-bomb.