‘Did I just hear somebody say “sushi”?’

The Dude and I grabbed some sushi last night. (Why is it that one ‘grabs’ sushi, I wonder?) And, as I deftly dipped a chunk of inside-out California Roll into a little dish of sodium-reduced soy sauce, I was transported back, in a rather Proustian tasting-the-madeleine-like way, to one of the very first times I ever had sushi.

It was in Chicago, back in those golden years of traveling around the country on somebody else’s dime. I was working in advertising, natch. On this radio project that involved interviewing people who had lost their money because they were silly enough to be carrying actual money instead of American Express Travelers’ Cheques.

We were using this interviewer named Alan Kalter (he got to be pretty famous as an announcer on Letterman, but, trust me, this was way before that). Anyway, Alan was in a glass-fronted room talking to a group of losers (er, people who’d lost their money) while the producer and I watched and listened and prompted him (via a tiny wireless earpiece mic) to ask certain questions, or to get the interviewee to repeat a phrase more clearly or loudly.

See, we were recording the interviews so we could piece together some ‘it-could-happen-to-you’ radio commercials. So we needed certain phrases, like ‘I lost my money’, ‘My vacation was ruined’, and, of course, ‘I wish I’d been carrying American Express Travelers’ Cheques’ to come out nice and crisp and clear. 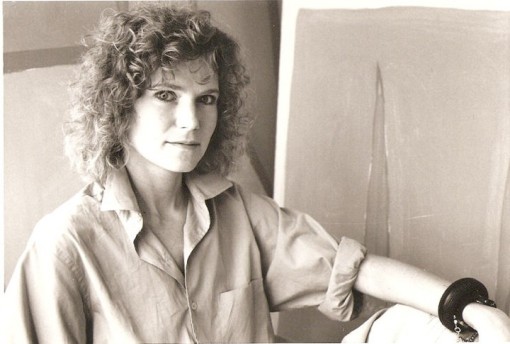 Me, at about the time of this tale. No sushi-grade fish were harmed in the taking of this photo

It got to be pretty funny, watching Alan ask these ladies to repeat themselves endlessly for the sake of useable radio clips. (Yup, they were all ladies. I’m sure men must lose their vacation money too, but for some reason we weren’t interested in talking to them.)

Alan: ‘Could you say that again for me, Paula? The part about putting your purse beside you on the bus seat?’

Paula (very slowly enunciating, in a very loud voice): ‘I was going to Chula Vista. To visit my sister. I. Put. My. Purse. On the seat. Beside me! Did. You. GET that?!?‘

Alan (nursing his sore earpiece-wearing ear): ‘Yes, that was terrific. Thank you, Paula. Let’s take a break, shall we?’

Once when Alan left the booth to give his ear a break and come confer with us, we heard Paula (or maybe it was Mildred) say to the others in her group of vacation-money-losers: ‘I think it’s wonderful that Alan has this job, don’t you? Him being so hard of hearing and all. Did you notice that he’s wearing a hearing aid?’

Vacation-money-losing ladies can be so sweet.

But what about the sushi? you may ask. Along about mid-morning the first day, when we were taking a break from eliciting lost-my-money quotes, our recording-facility hostess, Marilyn, came in bearing lunch menus. (You get free lunch on these jaunts, of course). Well, our producer (hi, Annie!) waved the menus away. She had done her research, and knew that there was a sushi restaurant in the vicinity.

Now, I’m not picking on Chicago. But this was a long time ago, back when sushi-ordering was not routine, not even in New Yawk City, much less in the Midwest. At any rate, I wish I could adequately describe the look on Marilyn’s face as Annie described sushi to her. (‘Sushi! You mean you haven’t tried it? Why it’s raw fish, a Japanese delicacy. Yes, seriously. It’s delicious! And such a great sushi place you have, right here. Gosh, Marilyn. I don’t know why you don’t go there all the time.’)

Marilyn, good sport that she was, came through with the sushi. She herself, though rather squeamishly, passed around a huge platter of the stuff. We three (Alan, Annie, and I) ate till we just couldn’t eat any more. And it was, in fact, delicious. (Though, bless her, we couldn’t tempt Marilyn to give it a go.)

Cut to the next day. Poor Alan has been at it hammer and tongs all morning, squeezing usable air-quality quotes out of hapless moneyless travelers, when we start thinking about lunchtime and free food. When we catch Marilyn’s eye and ask for menus, though, she says ‘Menus? Um, Okay. But, gee. There’s still lots of sushi left over from yesterday.’

Poor Marilyn. It was her turn to see our faces get all funny. ‘I covered it with plastic wrap’, she says. ‘And I put it in the fridge.’ No dice, Marilyn. There is no such thing as ‘leftover sushi’. 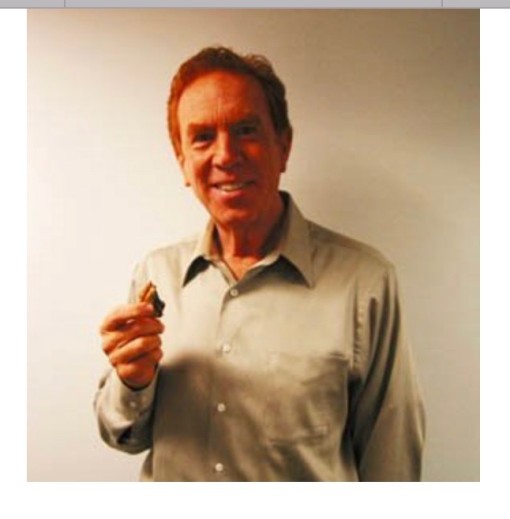 Alan Kalter. I’m not sure what he’s holding there — an in-ear mic, or a piece of leftover uni

More on advertising and the adventures I’ve had can be found under the tab ‘Adland Lore’. Or, if you’d like a sampling (no raw fish involved), just click on ‘The Most Fun You Can Have With Your Clothes On’ or perhaps ‘General Foods, we salute you’.

Until next week, take care and be sure to ‘just say no’ to any ‘leftover sushi’ anyone offers you.