‘A story about a lady out standing in her (strawberry) field. Oh, and a dog named Snoball.’

It’s getting to be That Season. When signs like these are sprouting along the highways and byways: ‘Pick Ur Own Strawberries’. ‘Pick Ur Own Raspberries’. Even ‘Pick Ur Own Rhubarb’. Later on this summer you’ll be seeing ‘Pick Ur Own Corn’. (Which I do love in its already-picked state; see my ‘To Hell with Kale’ for the Best Corn-Cooking Method on The Planet Earth). And come Fall, there will be, you can count on it, ‘Pick Ur Own Pumpkin’ signs. 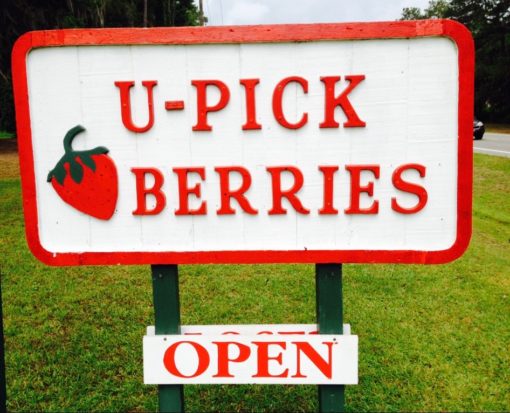 To be perfectly honest, I’d much rather U did the picking. And just handed me a nice box of berries

In case you miss the ubiquitous highway signs (sometimes, for grammatical variety, spelled ‘U-Pick’, as above) there are data bases for locating Pick-Ur-Own places in your area. I ‘picked’ (hah) this highlighted one, because it’s Southern Illinois berry-picking we’re going to be talking about.

By the way, I’ve also seen ‘Cut Ur Own Christmas Tree’ (see example below). One can only wonder when we’ll see invitations to ‘Chop Ur Own Wood’? ‘Slaughter Ur Own Beef’? ‘Split Ur Own Atom’? 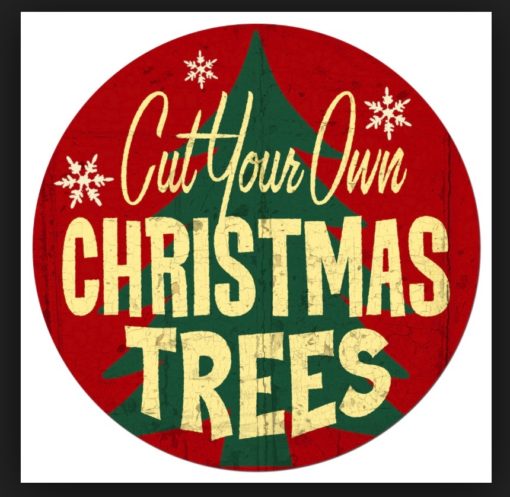 At least they know how to spell ‘your’

But back to the strawberry story.

Back in the day, my mother thought it was great fun to pick ur own. (She probably still does.) She was, I might add, the only one in our family who thought it was fun. The rest of us hated it.

To her, it was a nice day out, selecting your own glorious fruit, which she would then make into glorious jams and shortcakes and pies. To us, it was a long ride in a hot car with your shorts-clad legs sticking to the vinyl seat and your sweaty little brother crawling all over you. (No seatbelts in those days, kids; no air-conditioning, either.) And then it was hours in the steamy Southern-Illinois heat making like an antebellum field hand. Followed by an even-hotter strawberry-infused ride home with your now-exhausted (read ‘whiny’) little brother getting his sticky red paw prints all over you. 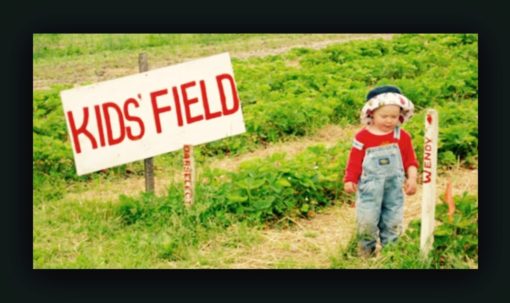 This kid looks about as excited as my little brother to be picking some berries. At least he (or she?) has a ‘kids’ field’, whatever that means

The promise of all the strawberries we could eat when we got home didn’t help much. (Though I have to admit Mom’s strawberry pie was darned good.)

But, since Mom was the Grownup, and in charge, guess what? Strawberry-picking we would go. On the occasion of this story, my Littlest Brother Doug and Only Sister Laura were the designated pickers. The rest of us, being older, had graduated to other summer jobs. My brothers were probably toiling away on Dad’s survey crew (he was a civil engineer). And I may have been doing a stint at the Carlyle Union Banner (stories to come).

Anyway. Laura and Doug had been dutifully filling their berry baskets all morning — did I mention that it was hot? And that there was often poison ivy? And bugs? And sometimes even snakes? — when Doug spotted something special hidden there among the strawberry plants: a nest of baby mice. (I found a photo of a nest of baby mice, but, to be perfectly honest, they sound a whole lot cuter than they actually look, so never mind.)

Now, our mother had been taking a berry-picking break and was chatting with the U-Pick Proprietoress (who rather eerily resembled  that Walker Evans photo of the Depression-era farm wife).

Upon hearing Doug’s excited cries, the Strawberry Lady yelled ‘Snowball!’ (Which was, I’m thinking, probably spelled ‘Snoball’, and was yelled more like this: ‘Snooooooobaaaaaallllllll!!’)

And this great big white dog came out of nowhere, bounded over to where Doug was standing, and proceeded to eat the baby mice. All of them. Right in front of Doug’s astonished, horror-stricken, kindergarten-aged eyes. It’s a wonder he didn’t grow up to be an ax murderer. Or a strawberry-hater, at the very least. 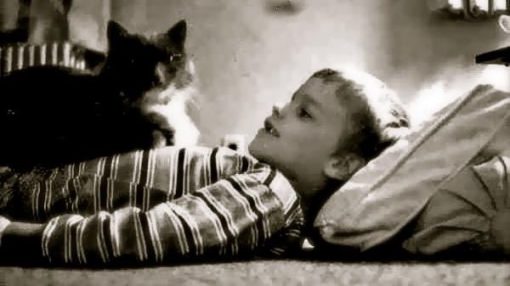 My animal-loving Littlest Brother Doug, pictured here with Major, the World’s Smartest Cat (who probably would have done a number on those mice, too, given the chance)

Happy Strawberry (and baby mice) Season, everyone! Now get out there and pick me some fruit. 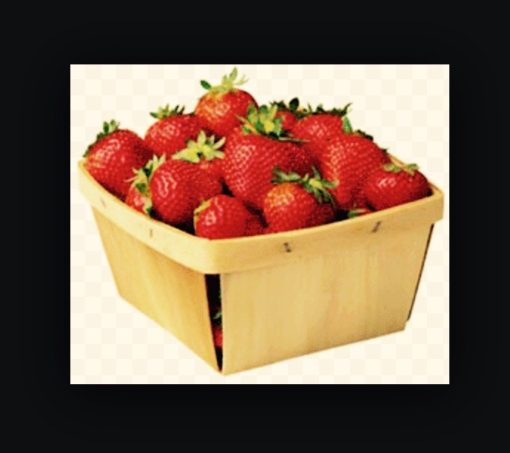 Strawberries, just the way I like them — already picked, and by somebody else