‘I promised to marry him in 5 years — and clean forgot’

So I was swiping through the New York Times the other morning (I get the paper on my iPad while out here in Amagansett, hence the ‘swiping’) and saw a piece in the Modern Love column called “Let’s Meet Again in Five Years”.

Well. I’d barely started reading the darned thing — which is about these college sweethearts who “thought college was too soon for lifelong love, so they scheduled their next date for a little later”, like five years — when these little bells started going off in my head.

Gosh, I remembered all in a rush, there once was a guy, way back when, who made a plan like that with me. Except that it wasn’t a college sweetheart, and we didn’t schedule a date — we agreed to marry each other in five years.

I was, in those days, the Head Creative Director of an advertising agency in Kansas City. Now, I don’t mention my big fancy title to impress you. After all, it was a very small agency, and in Kansas City to boot. (Not that there’s anything wrong with Kansas City, mind you. But, as far as advertising goes, let’s just say they didn’t set Mad Men on the Country Club Plaza.) 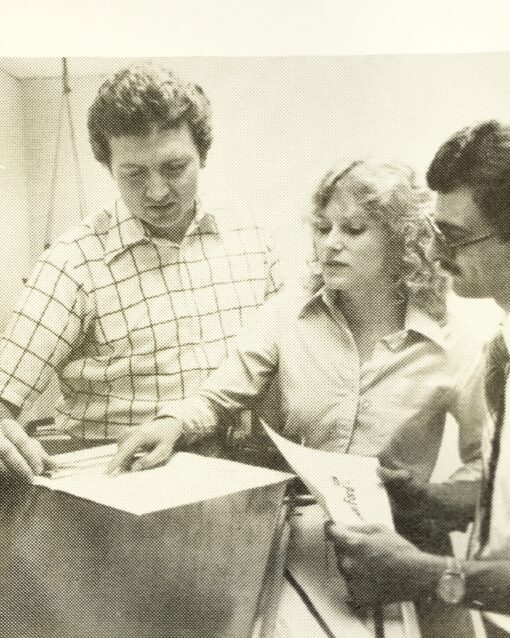 That’s me, acting all Head Creative-Directory for a company brochure

I mention my big fancy title so you’d understand why I got sent to a big fancy advertising conference in, of all boondoggley places — Aspen, Colorado. Now, for those of you who didn’t work in advertising back when advertising did things like this, a “boondoggle” is a “business trip” that is “coincidentally” held in a wonderful location. Like later, while at Ogilvy, I got sent on a multi-city tour to sample fried chicken. (I was working on the Shake ‘n Bake account at the time.)

This time I got sent to this gorgeous place — Aspen — to “confer”. I remember that the first thing I did when I got there — this was on the getting-to-know-you “Free Day” — was go on a white-water rafting trip. (We could also choose golf or tennis; this was summer, so skiing wasn’t an option.) The guide warned us that one of us was sure to get launched into the water, and, when it happened, to immediately curl up into a ball so our limbs wouldn’t snap off on the rocks. Well, guess who the lucky launchee was on that trip?

Well, after I dried off and spruced up, I launched myself into a two-day white-water whirl of talks and panel discussions and conference-related whatnot.

It was during the last event on the last day — a send-off, see-you-maybe-someday cocktail party — that I met this Incredibly Handsome Guy. 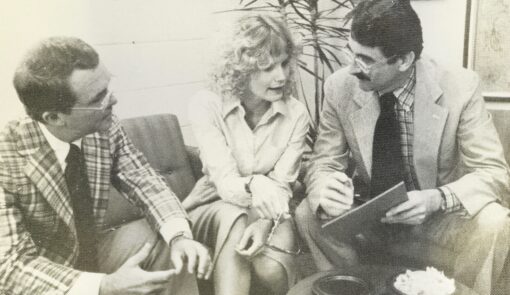 I don’t have a picture of the Incredibly Handsome Guy. So, what the heck, here’s another bosslike shot. This is me sandwiched between my bosses, the two guys who ran the agency

Where had This Guy been all conference long? He not only was “important” enough to be attending a meeting like this, but he had the most amazing Paul Newman blue eyes and black hair. (He told me later he was “Black Irish”, which, you can imagine, sounded unspeakably exotic to a Midwestern Girl like me.)

We got to talking about, of all things, running. This was back in the Seventies, you see, when running was a pretty sexy sport. Talking running talk back then was kind of like chatting about Brooklyn Boulders. Hot stuff.

We were well into a swooningly interesting conversation about marathon training techniques (I was training for my first marathon, happening that Fall in Kansas City), when it was time to part. We exchanged smoky looks and business cards and went back to our respective cities. (He lived in Santa Barbara.) 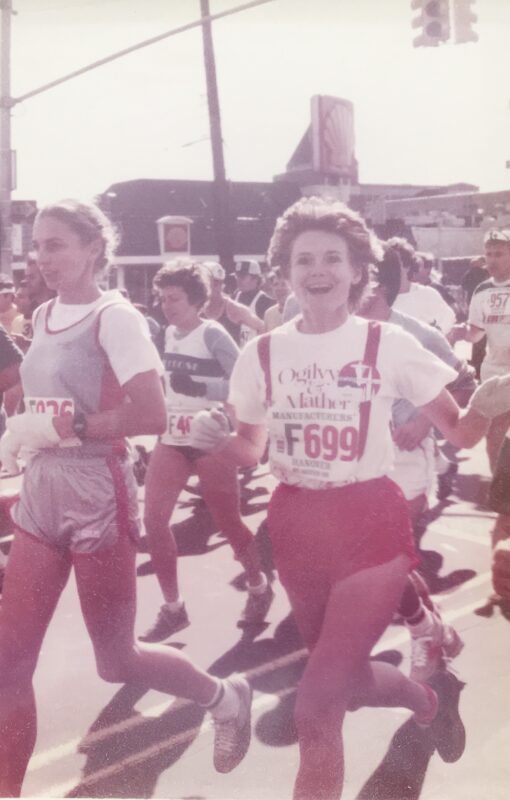 I don’t have a photo of me running in the Kansas City Marathon. But here’s me a year later, running my first New York Marathon

Speaking of running, I’ll cut to the chase. Back in Kansas City, I couldn’t stop thinking about this guy. So I bought a copy of a then-popular book about great places to run in cities all over the country, paper-clipped a note inside (“Let’s get together and do a little running around”) and sent it to him. (I had his business card, remember?)

Well. The next thing I know, I’m opening an envelope from him. Inside is a plane ticket to San Francisco.

Honest. I could not, as they say, make this up.

Of course I went. We clicked like crazy, and had a wonderful time. We even did a little running. A few months later he came to visit me in New York — where I had relocated, having gotten a taste of The World Outside Kansas City on that conference. (The story of my relocation is a pretty good one, too. It’s called “Take a Letter, Miss Henry”.)

Now, it might seem hard to believe in this day and age, but back in those Wild and Crazy Seventies, young people like me — and the Incredibly Handsome Guy — weren’t exactly what you would call monogamous. So, while IHG and I were conducting our long-distance relationship — him coming to New York; me going to Santa Barbara — we were, of course, “seeing other people”.

So. We didn’t promise each other unfailing loyalty. But we did get along so well and liked each other so much that we made a pact that we would get married in five years.

Well, I don’t know what happened with the Incredibly Handsome Guy (bless him, I don’t even remember his name), but I kept my half of the bargain. Because, yes, I did, in fact, get married in five years. Just not to him. 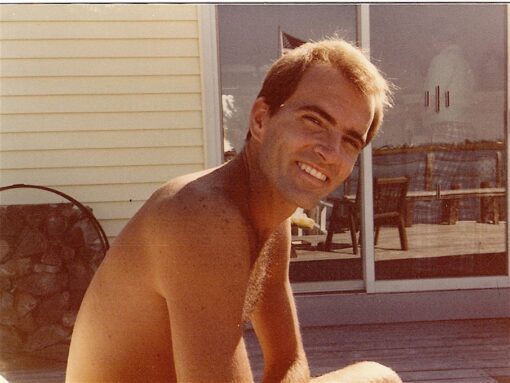 And here’s the Dude who made me forget

20 thoughts on “The Back-Up-Plan Beau”