‘And other hilarious tales of math and memory’

Me, I’ve never been such a great shakes at memorizing stuff. I mean, I can rattle off a bit of verse. (My go-to poem: ‘Listen my children and you shall hear…of the midnight ride of Paul Revere’. Impressed?) And I am of the generation that was pressed to learn (by heart) the preamble to the Constitution (a practice I highly recommend to any and all presidential candidates). But. Memorizing pi? I’m not so sure I even knew what ‘pi’ meant when I was a kid.

Anyway. Pi Day is sort of a Big Deal. And not just among the Pocket-Protector Set. Pi Day got amazing coverage, not only in The New Yorker, but on Facebook. Yesterday, in fact, it seemed that posts about Pi Day outnumbered those about Donald or Bernie or Hillary. (Um, well maybe I’m just mathematically wishfully thinking here.) 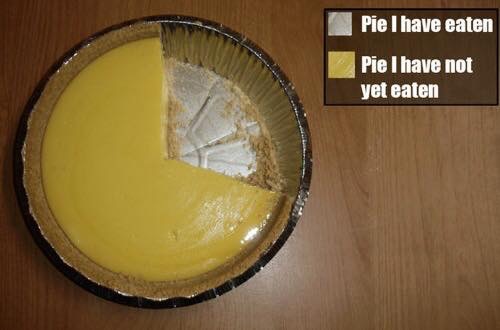 The other thing about ‘pi’, the thing that gets everyone all atingle — well, maybe not everyone — is that pi is infinite. Again, according to my handy online source, mathisfun.com (hmmm, if you have to say something is fun, then is it?), pi is equal to 3.14159265358979323846. And that’s just for starters. See, the digits go on forever, and without repeating. This is like catnip to Math Nerds. Every year on 3.14, they get all excited and try to outdo each other reciting pi to as many places as they can. Seriously. Contests are held. Records are broken. Egos are threatened! END_OF_DOCUMENT_TOKEN_TO_BE_REPLACED