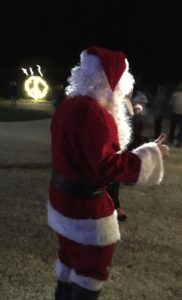 We Whitmores were also looking forward to home and our traditional pot roast, a small version of which we three (yes, The Child was home this year) were planning to polish off before opening presents and hanging out by the fire. (Being of the Swedish persuasion, I’ve Swedishly persuaded The Dude that Christmas Eve gift opening is more fun than the Christmas Morning version.) END_OF_DOCUMENT_TOKEN_TO_BE_REPLACED