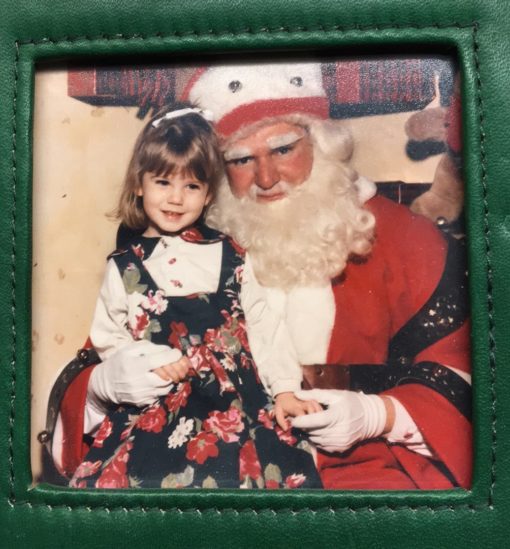 Hmmm. It’s a wonder she didn’t spend Christmas Away even earlier

Even when she was a wee Santa-Believing Child I knew that, at some point in the Foggy Festive Future, there would come a Christmas that she would want to spend Elsewhere. And, even though we’ve been guilty of ‘downsizing’ our Christmas festivities as the years have whizzed by — going from super-sized Trees complete with all the Tree Trimmings (including a big ole pot-roast-fueled Tree Trim Party) to ever-smaller sort-of-decorated Trees In Pots to No (gasp) Tree At All — I still took it for granted that she would be with us at Christmas. 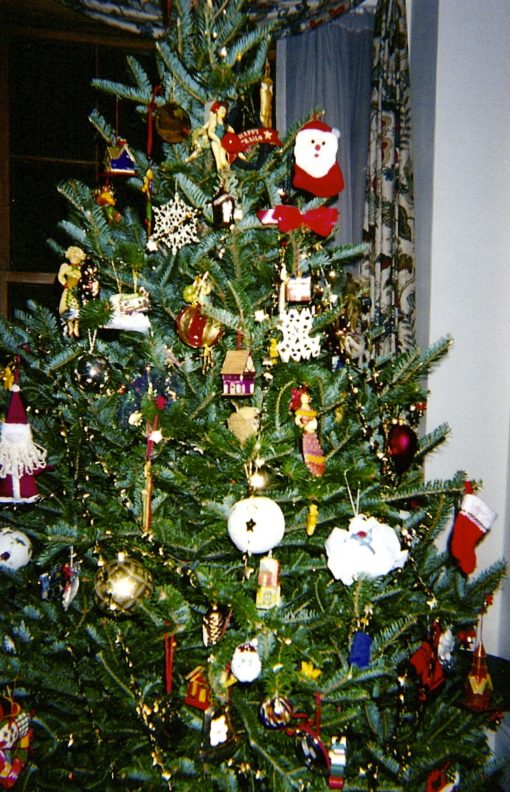 One of the first Trimmed Trees 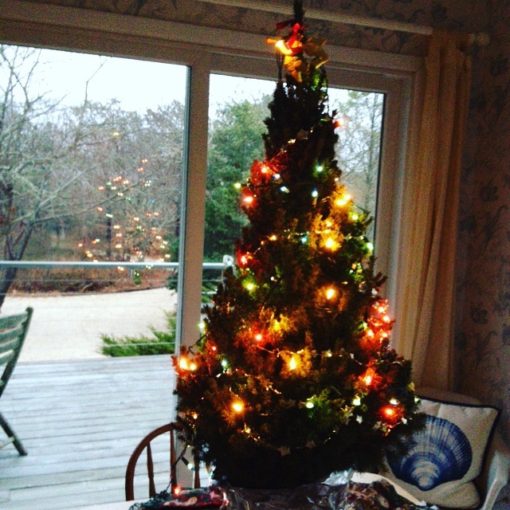 And the last (sort-of) Trimmed Tree

After all, she made it home for Christmas all through college. Why, even the year she spent studying in Cambridge (the England Cambridge, not the Massachusetts Cambridge), she managed to get herself Home in time for December 25. (Gosh, I hope I fed her some pot roast.)

But this year, since she was going skiing with her Boyfriend’s Family in Canada right after Christmas, and since Said Family lives in Canada, she said it “made more sense” to spend Christmas there. Logistics, you know. Plus, they had met her before and wanted her to come.

I will spare you a digression about how this Boyfriend has passed the Meet (Us) The Parents Test — and how he even Mixed Well With Everyone At Thanksgiving. (Me, when asked if Said BF could spend Thanksgiving with us: “But won’t he want to spend it with his own family?” Child: “He’s Canadian. They have a different Thanksgiving.” Me: “Oh. Right.”) 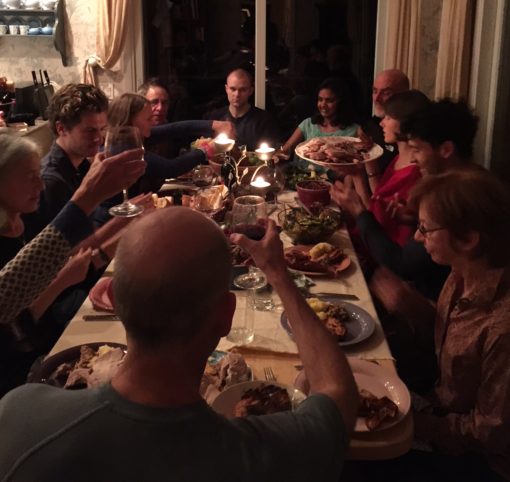 The BF (he’s in here somewhere) Mixing Well at Thanksgiving

Suffice it to say that we like this BF. Though we don’t talk about it with The Child, or not much anyway. If you have children old enough to have BFs or GFs, you will understand why without me even having to go into it. There’s the Contrary Factor, of course. Of which I was a horrible example. That’s when you date completely inappropriate people just to annoy your parents. Check out my piece ‘Yes, there are plenty of fish in the sea’ for gory details.

The Child, thank the Parenting Gods, is not like that. Not at all. But The Dude and I do tend to refrain from comment. Partly because we don’t want to interfere, but mainly it’s to protect ourselves. I mean, what if we express dismay with one of her choices — even after they’ve broken up and it’s ‘safe to comment’ — and then they get back together? You just can’t put that toothpaste back in the tube, if you get my drift.

So, we gave our blessings to the Christmas Away From Home idea, and celebrated our own Family Christmas a week early. 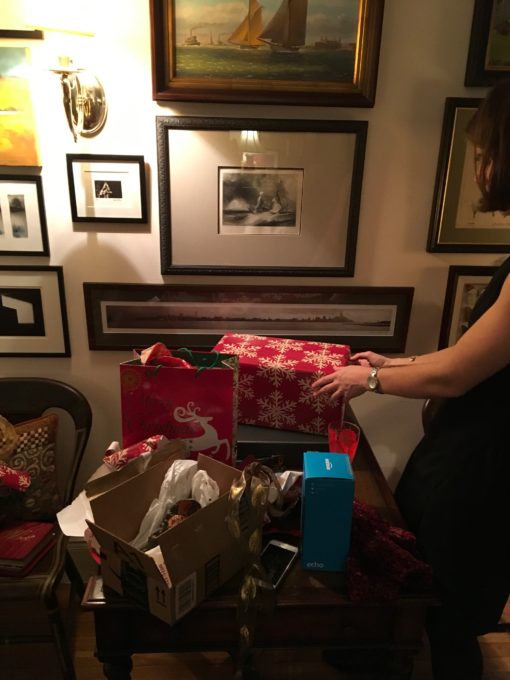 A week before Actual Christmas. Tree, no. Child, yes.

And then The Child scampered off to the Frozen North to join Someone Else’s Family Christmas for the Very First Time. I was comforted by the fact that it looked very warm in spite of the fact that it was actually very cold. (She was smack-dab in the middle of what looked like one of your more frigid parts of Canada.) She kept us posted, mainly via Instagram. (See photo at the top of this post for a chilly example. That’s The BFs Dad’s Man Cave, where you could see your breath indoors, even with that iron stove blazing away.)

And I was happy to see that her Christmas there was full of children and pets and food and fun — it seemed to be a whole heck of a lot like Christmases I remember from my own youth. Why, they even played games. 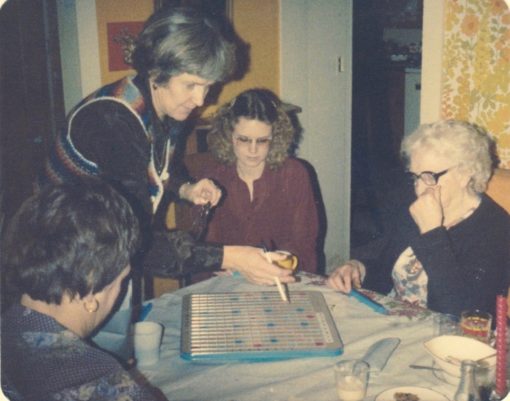 Christmas games, then. My Mom and Aunt and Gramma and I duke it out over Scrabble 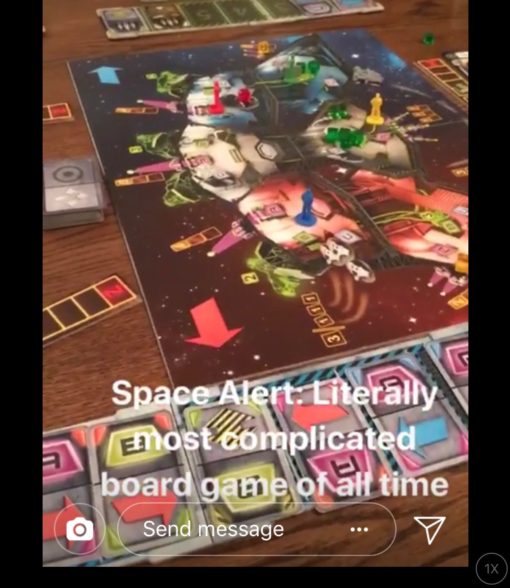 Christmas games, now. The BF and Fam duke it out over some Game I’ve Never Heard Of. But still

In fact, last night she sent an excited Instagram message saying that the whole family had joined in playing this new game craze called HQ (a trivia game which you can click here to find more about) and won the game! 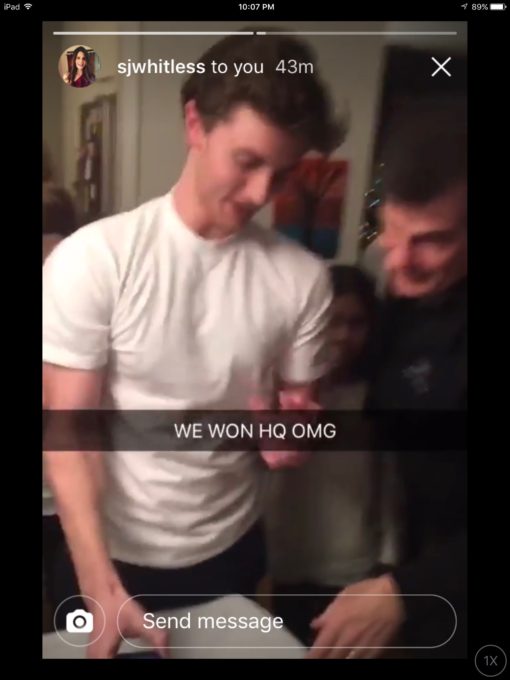 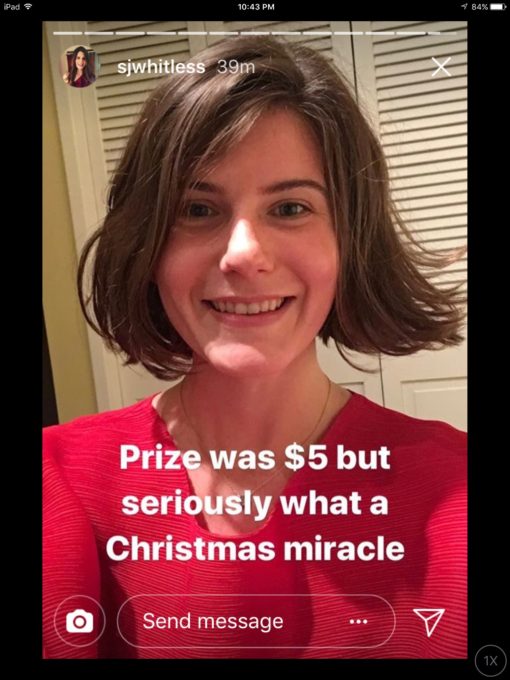 But even before ‘gramming’ us the gaming news, she and the BF (who’s identity I’m doing my best to protect, which is why part of the picture below is cropped off) sent us even gladder tidings. Which I will share with you. 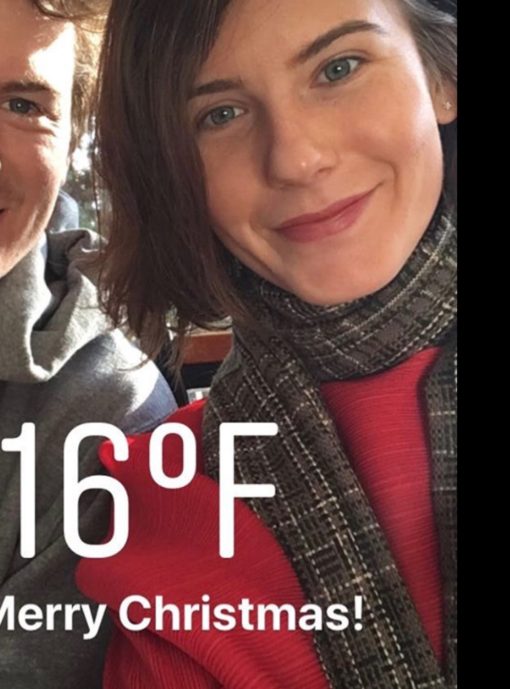 She (and He) with warm Christmas wishes from the Frozen North. (There was a minus in front of the 16F that got cropped off along with most of BF)

Now I simply must call it a (Boxing) Day on this post and go join the rest of my family (yo, Dude!) while I still have one.

Merry (Day After) Christmas, all!