‘Our presentation to the CEO of Playtex’

It’s been awhile since I’ve written about my Golden Olden Days in Advertising. But this weekend, as I was devouring the Sunday Times, I happened upon one of those paid obits that you can only see in the printed edition of the paper. (Yet another reason — besides starting fires in winter — to subscribe to an actual newspaper.)

It caught my eye — a phrase, incidentally, used waaaay too much by consumers in focus groups, as in “I don’t know if I’d buy that. Maybe if the ad caught my eye. And I don’t think this one would.” Well, this particular obit caught my eye because the deceased fellow pictured had not only a birthmark on his forehead, but a name that is quite uncommon. (Of course you know me well enough by now to know that I will not mention that name, out of respect for the dead, if not my own reputation.) 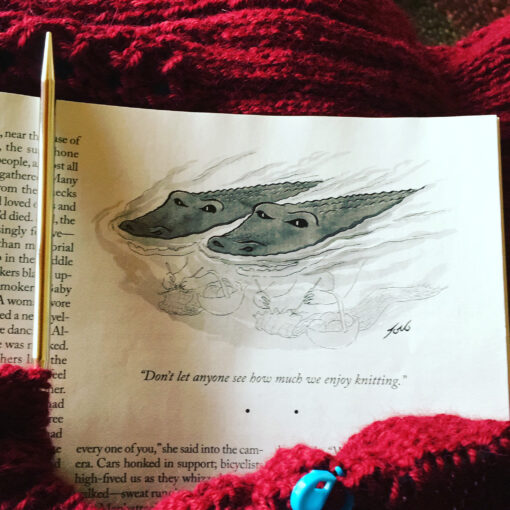 What I do these days instead of creating ads. Though I did knit quite a bit while on commercial shoots

Aha! That birthmark, plus that uncommon moniker, unleashed a whole-package-of-madeleines-worth of memories. Mainly centered around my experiences working with the late, great Mark Shap. (Mark’s name I will mention because I plan to say absolutely nothing negative about him.) Oh — a quick note here: If you think you will be offended by a story involving a person’s birthmark, please stop now and read one of my other Ad Biz Tales instead. I have a whole slew of them listed in the sidebar. 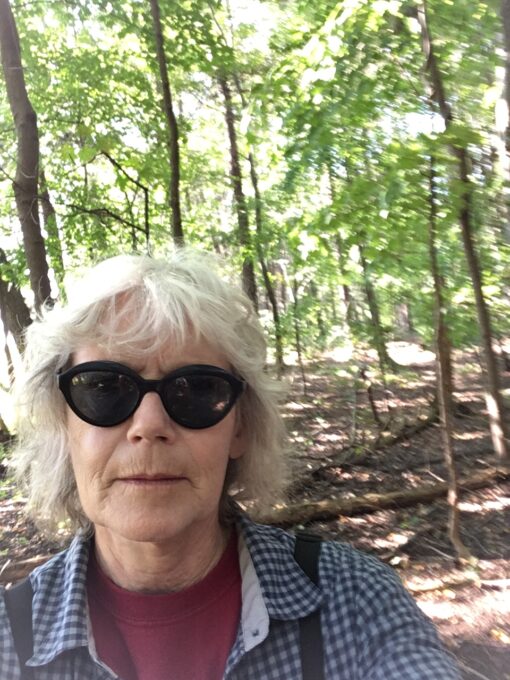 I don’t have any photos of me and Mark, so this one of Me and the Catskills will have to do

Back to Mark, who was an art director with long hair and a mustache. He was tall with a long elegant nose and rather reminded one of Big Bird on Sesame Street. That is, if Big Bird had an English accent. He was very talented and much sought-after as a creative partner. Like many creative geniuses, he could be difficult and demanding. I remember there was an editorial house that had a sign on the wall that went something like — Editing: $50 an hour. If you help: $100 an hour. If you are Mark Shap: $500 an hour.

Some biggie at Playtex played golf with some biggie at Ogilvy and the decision was made On High, without the involvement of the people who would actually be working with us. Assigning an account like this is kind of like your Dad making you go out with his best friend’s son. The son might be the most wonderful person in the world and just right for you, but the fact that your Dads cooked up the arrangement just sours the whole deal — for both of you.

Another nice Catskills shot. You know, to break up the story a bit. And no, no one set me up with this friend

Also, this Playtex assignment was for Playtex bras. Now, there’s nothing to be ashamed about working in underwear advertising. Just ask Marky Mark. But back then the networks had weird rules about bra commercials. Like, you couldn’t show a woman wearing the bra. Not over skin, anyway. You could show the bra on a woman — but only over clothes.

Now, this was challenging, to say the least. Commercials for bras showed some hapless woman dressed in, say, a sweater — with a bra strapped right over it. Like I said: weird.

And, what was worse, clients liked it that way. They didn’t want to experiment, uh uh. They wanted their creative team to show them yet another storyboard with a woman wearing a bra strapped over her sweater. Different color sweater? Sure. But that’s about as out there as you could get.

Now Mark was not the kind of art director who did things the usual way. He accepted the bra-over-clothing challenge and met it. He figured out a way to shoot the commercial using an early special-effects technique called “green screen.” The model would wear a leotard in a color that would “disappear” into the background when filmed. What you would see when the commercial was finished would be a bra moving around as if by itself — pleasantly “filled” with that part of a woman that goes under a bra — but you wouldn’t see the woman, or her leotard either, not to mention her sweater. 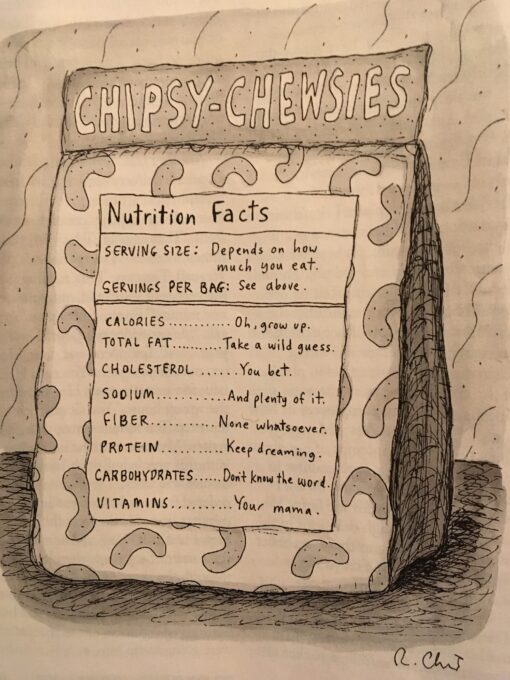 Well. This was a major achievement. We could hardly wait to present this idea to the client. In the car on the way to Playtex headquarters in Connecticut, we were prepped by the Suits (er, the account team.)

“Whatever you do, don’t say anything about Joe Blow’s (not his real name) birthmark.” (Like Mark and I were toddlers, and wouldn’t be able to resist laughing and pointing, I guess.) Upon hearing this advice, Mark and I did both start laughing. Rather uncontrollably. So maybe it was good they told us beforehand — so we could get that laughing out of our system.

The assistant AE was driving the car — the car was always driven by the assistant AE — but he did manage to throw in his two cents’: “Hey, it’s not funny. He’s the CEO.”

We go in the conference room, and there he is. And my gosh if he doesn’t have the biggest birthmark we’d ever seen. It was spread over most of his forehead and resembled the State of Montana. We quickly shook his hand — while focusing on his nose — and directed our attention to our storyboards.

We present our revolutionary idea, expecting, well maybe not cheers, but at least some level of surprised appreciation at our ingenuity. But the clients — including Joe Birthmark Blow — simply shook their heads in dismay while slowly intoning “Ogilvy…Ogilvy…Ogilvy” in a dirge-like singsong.

The CEO then clapped both hands to his head in abject despair — hiding the birthmark but not the fact that he absolutely hated the commercial. 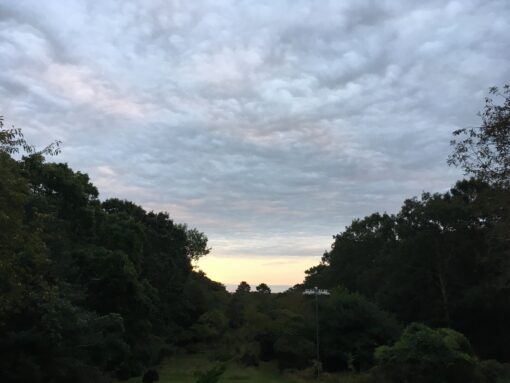