‘I hadn’t thought about record albums in years; now they’re stuck in my mind like a Monkees tune’

Once, when The Child was, oh, eleven or twelve, she happened to be standing in front of the bookshelf — probably looking for the chess pieces, bless her smarty-pants heart — when she pulled out one of the large square objects pictured below and asked, “What is this?” 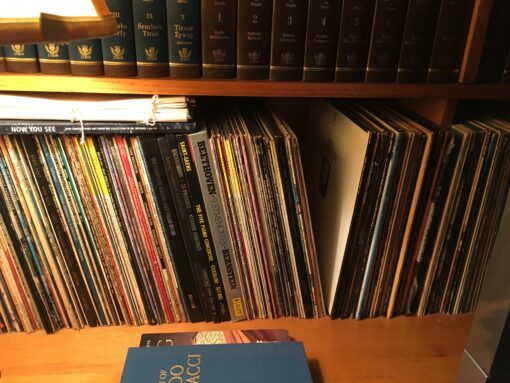 “What are these things, Mom?” Reminded me of the time she confronted a rotary phone, which you can read about in “Touch M for Murder”

When I told her it was a “record album” she looked totally and completely blank. So I said, “You use them to play music. With a turntable.” Seeing her still-baffled countenance, I added, “kind of like an earlier version of a CD.” “Aaaah,” she remarked. “I get it. And look: there’s much more room for liner notes!”

I’ve had record albums on my mind lately because, as you probably know by now (and maybe are tired of hearing about), The Dude and I are in mid-life downsizing mode. Going from a respectably-sized New York apartment to, basically, a Barbie-and-Ken playhouse. We’re talking telescoping down from 1600 sq. ft. to, oh, 350. Give or take a square foot — or toe. 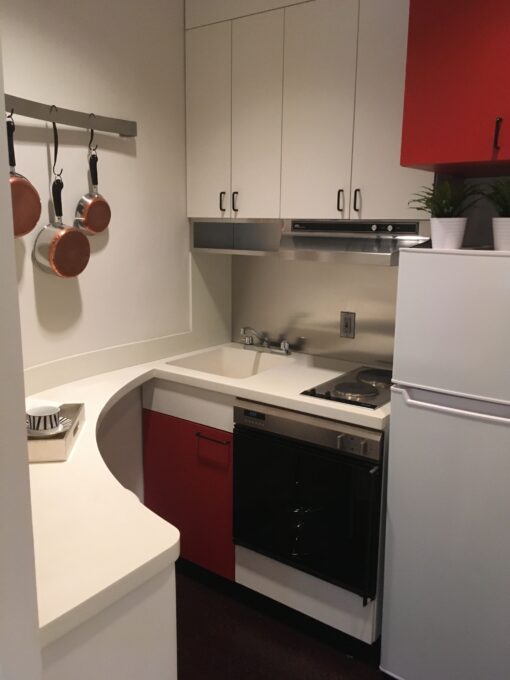 Well. You basically cannot squoosh twenty-six years of stuff into a space that small. So something’s gotta give. Heck, forget “something”. Let’s be honest and say “everything”. Yup, kids. Everything’s gotta go.

So last weekend The Dude and I rolled up our sleeves and started in. I made some calls and found out that a place called (here comes a plug; I love this guy!) Innersleeve Records in Amagansett would take our albums. All of our albums. And we had tons. Not only our Beatles and Monkees and Stones but The Dude’s parents’ showtunes and classicals and, yes, Shaun Cassidys.

We carted about fifteen linear feet of record albums to good ole New Best Friend Chris at Innersleeve, who not only accepted our motley donation with good grace but actually helped us carry the darned things in from the car. And, let me tell you, record albums — good liner notes and all — are heavy. 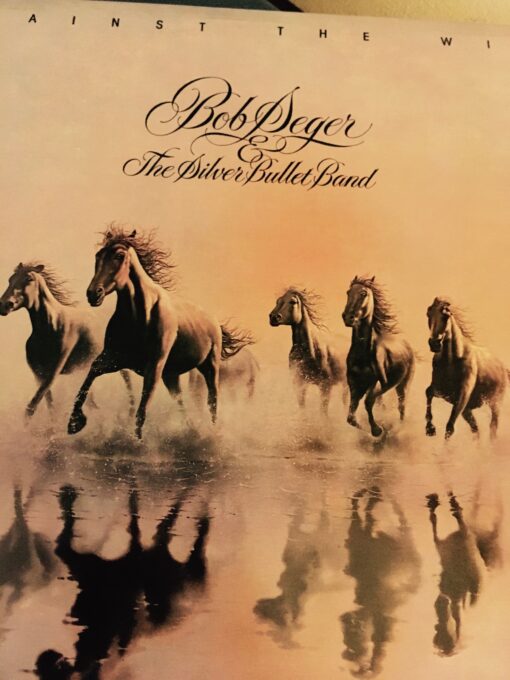 Another album gem from our ex-collection

Oh, before I forget. Somewhere in this collection is the very first record album I ever had. Someone — I think it was my Middle Younger Brother Roger — gave it to me as a gift, not realizing that I did not own a turntable upon which to play it. I was a freshman in college at the time, and I used to say to my dorm buddies, “Why don’t you come on over to my room? We can hang out and look at my record.” 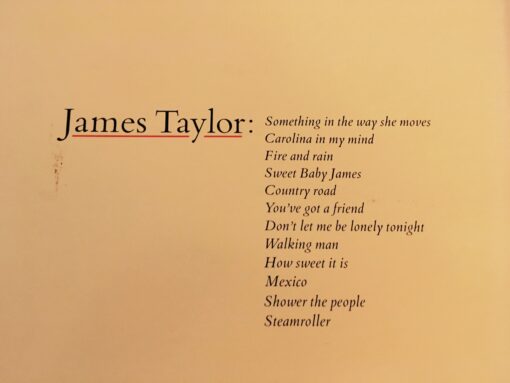 Just for fun, here’s an album by The Dude’s doppelganger

Well, I’d love to hang around here at my computer, sharing more stories from my storied past, but there are family photos to be put away. (“You absolutely must put away all photos!” saith the real estate agent, sending me into shock.)

Seasonal selection of family photos, never to be displayed again. At least not in this apartment

Oh. And there are the books. Did I mention that we own a lot of books? We scratched the surface (sort of) last week, when we disposed of about 20 linear feet of art books. God bless you, East Hampton Library. I promise to go to Authors’ Night every year until you run out of authors. 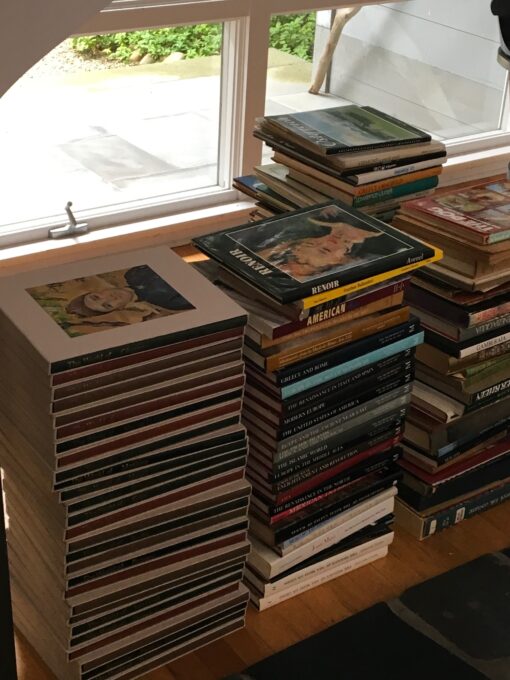 Got books? These are only the art books

But here’s the thing. At least record albums are back in vogue, at least in some decidedly hipster circles. You know, as long as you call them “vinyl”.

Which brings me to this shelf. I’ll give you my coolest Springsteen if you can help me figure out how to turn this complete set of Encyclopedia Britannica into hipster bait. 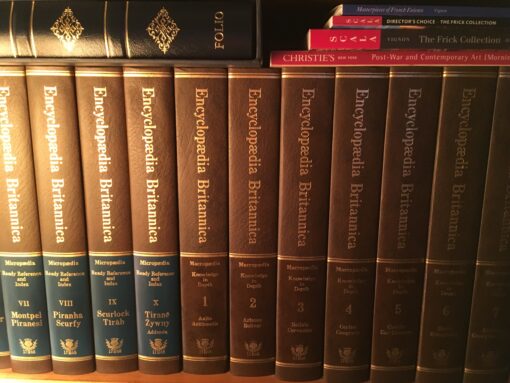 I bet they don’t even have “hipster” under “H”

4 thoughts on “I’m gonna miss Van. Shaun Cassidy, not so much”