I didn’t get his name, but I’m betting it was ‘Tony’. He was the guy manning the gate that lets you into the waiting area to ride the tram back from Roosevelt Island.

One of my besties (hi, Laurie!) and I had spent a most marvelous time strolling around the Island, checking out the new monument to Mr. Roosevelt, the old Smallpox Hospital (where they used to quarantine the poor sufferers, bless their hearts), and even the new Cornell Labs (where they let us in, but only so far in; they have very nice light fixtures in their cafeteria). 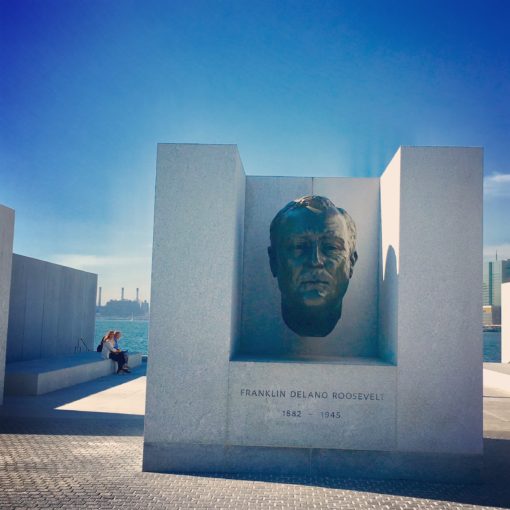 Monument to Mr. R. One of my other bestie’s sons really really wants to skateboard here 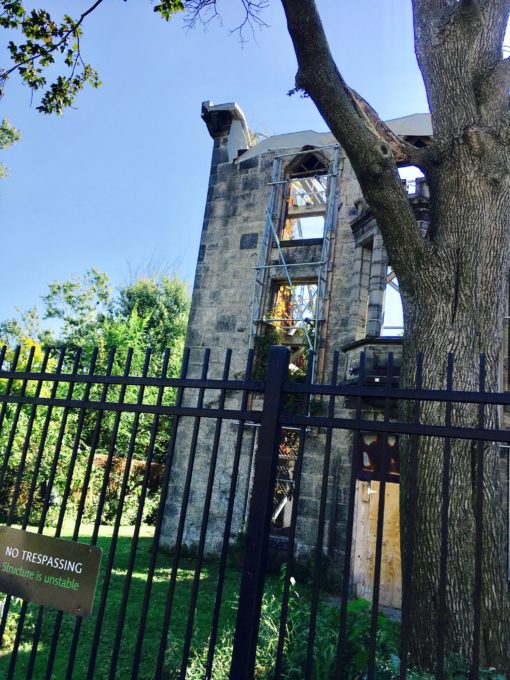 You can’t go in because it is ‘unstable’ (not that I’d want to), but here is the Smallpox Hospital in all its tumbledown glory

Anyway, Tony and I got to chatting, as is my wont when dawdling with friendly strangers, and found that he used to work for a film editing studio where I would occasionally be involved in a TV commercial edit. Ah, the Six Degrees of City Separation!

But back to Roosevelt Island, figuratively if not literally. I hate to admit it, but it was my very first trip there. Which is pretty amazing, since I’ve lived in New York like a zillion years, and R. Island is really close by: it’s just one subway stop away, and the tram is about 8 blocks from me — and those are the short blocks, not the long crosstown ones.

In all my years of New Yorker-ness (more than 30; less than 50), I had also never been to the New York Botanical Garden. About a month ago another pal (howdy, Ms. Smith!) coaxed me up there to see the Chihuly exhibit, which had Chihuly’s clever glass sculptures dispersed amongst the flora. (That Chihuly-adorned ‘fauna’ at the top of this post is me, posed artfully in front of one of his works.) 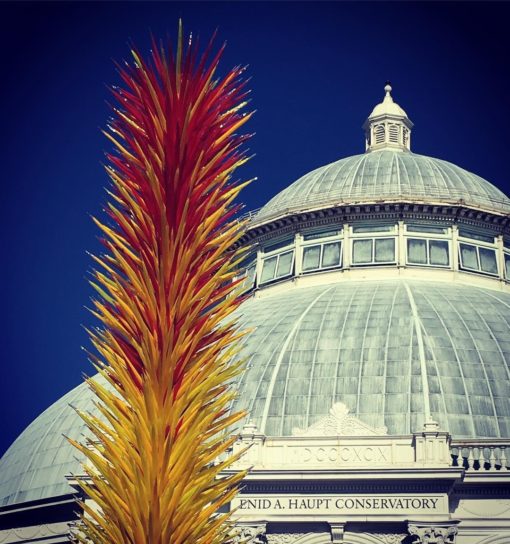 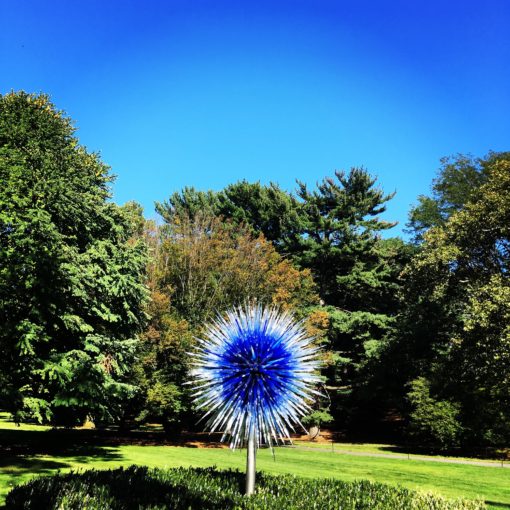 What the heck, here’s another one. Cool, huh?

This garden is also really close by. It’s called the New York Botanical Garden, after all. But it was (and is) in the Bronx, which means, to me and many of my fellow Manhattanites, that it might as well be on the moon. I have, however, been to Staten Island. Twice. Once to get to the beginning of the New York City Marathon, which yes, I did in fact run — more than one time, even. And once to get to a lovely graduation party thrown by the parents of one of The Child’s Stuy High buds. But I have yet to ride the Staten Island Ferry, which is how you get to the Statue of Liberty. Which — nope — I have not been to yet either. 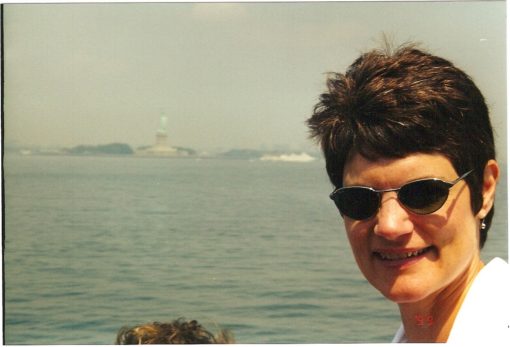 Even my Favorite Sister, who doesn’t even live here, has been on the Staten Island Ferry. AND visited the Statue of Liberty (visible in the mists in the background)

Even The Dude has been to Brooklyn more recently than I have. He went there with The Child to check out an electric motorcycle. Which he liked, and bought. (No, it doesn’t have ‘a really long cord’.) The Child told me later that she had to keep hushing him. He tended to exclaim out loud in wonder at the hipsters. (‘What is that guy thinking with that neck beard!’ Etc. etc.) 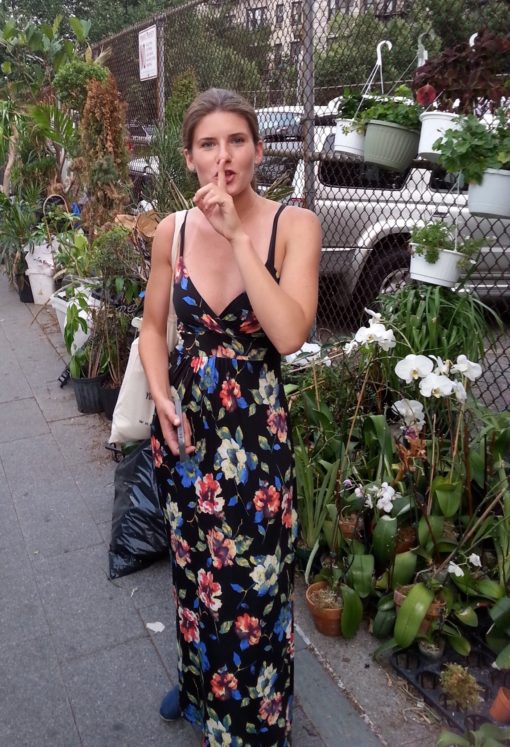 And Queens, the remaining of the Five Boroughs? Queens, we go to nearly every week, that is if you count zooming (er, crawling) through on the Long Island Expressway. But we have been to the U.S. Open (tennis, not golf) which is held in Flushing Meadows, which counts as Queens.

But what’s that about the Amazon River, you may be asking? Well. If things worked out, technology-wise, you are reading this because I successfully ‘timed’ this piece to publish all by itself this week. Because The Dude and I have wrenched ourselves away from Manhattan and are smack-dab in the middle of the Amazon Jungle. On a boat on a river, tracking down elusive and exotic birds. Yup, birds. And hoping not to get eaten by fish. (Yup, there are piranha in the Amazon. For real.)

See you next week. I hope!