I didn’t take a picture of the Gate Nazi (I was way too intimidated to try), though in retrospect I probably should have. Instead I am showing you a picture of where we went so you can see that the bullying we experienced at the very start of our Amazonian Adventure was worth it. 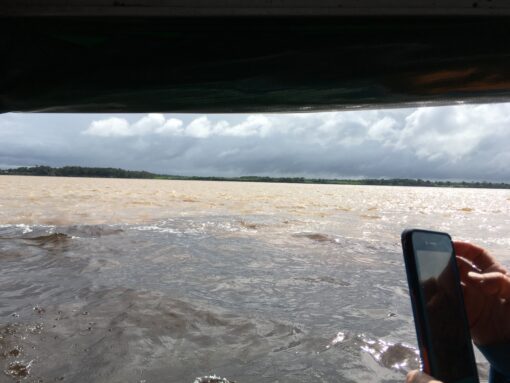 Another small-boat moment. Crossing the Amazon, where the White Water meets the Black. Called, natch, “The Meeting of the Waters”

We were nice and early at our gate, bright-eyed and bushy-tailed and eager to start. We had planned to carry our duffels and backpacks on board, in fear of losing our gear. (Clothes don’t matter on these trips; it’s all about the gear. I found this out the hard way on our first trip, to Kenya. I came down to dinner in a cute little sundress, much to the amusement of our birding cohort.) 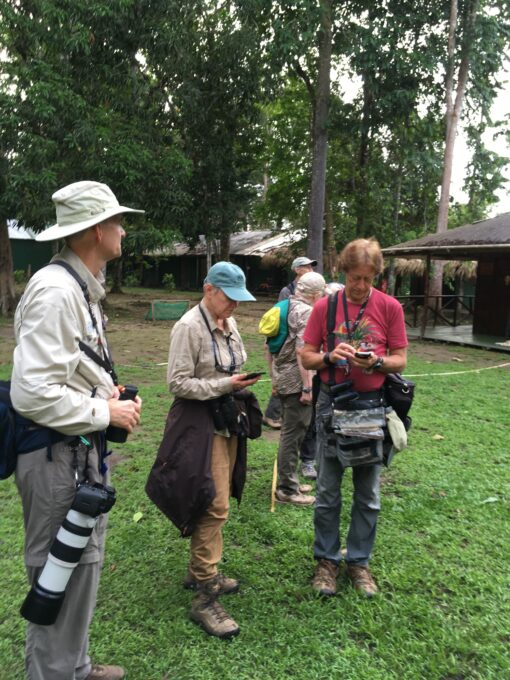 The Dude and our current birding cohort confer with our guide

So there we were, chilling in our birder outfits, complete with hiking boots, when the gate agent starts in over the loudspeaker: “This is a very old-fashioned plane,” she announced, “the kind your Grandma used to take. And there are very old-fashioned storage bins. They are not made for new-fangled modern bags. If you have one of those big modern bags, you’ll have to check it here at the gate. It is complementary. Just bring it up and we will check it through to your final destination.”

Well, we ignore her, since our canvas LL Bean duffels are not what one would call “new-fangled” or even “modern”.

Then she announced, “This plane is going to be very very full. (She wasn’t kidding; it was.) In addition to new-fangled modern bags, we are going to have to check every bag if you are in Group 9.” We consulted our boarding passes; not Group 9. We go back to reading emails.

Then she started roaming around the gate, pointing at bags, seemingly randomly, and insisting they be checked. Again, we ignore her. 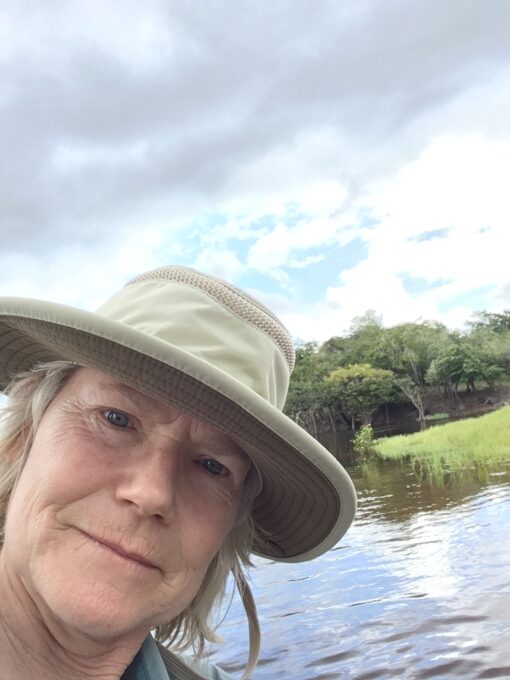 Me, after two hours’ sleep, out on the Tupano River, dressed similarly to the way I was the night before at Gate D12

She gets to us, and something about the cut of our respective jibs or the fact that we were dressed in hiking gear instead of sparkly tops and sweatpants must have irked her because she stops and says, “Those bags will have to be checked.” I explained that they did indeed fit in the overhead bins, that we had stowed them many times thusly. But she was having none of it. ”You must check them.”

What could I do? She, as Gate Agent, had complete and total power over who got on that plane, and how. (I say “I” because Dude Man was over in the snack bar seeking pre-flight sustenance.) My reasonable pushback on checking our duffels was having no effect, so I tried asking if we could check them to Miami, where we had a layover. (At least that might minimize the risk of holiday-season baggage misplacement.) Nothing doing. “You must check them through to your final destination.” Big sigh. But rules are rules, I guess. And Gate Nazi was unmovable.

(Later, after we were seated on the plane, we saw many other much bigger bags go trundling by our seats. Oh well, not everyone is charmed by my winningly persuasive personality. Or so it seems.) 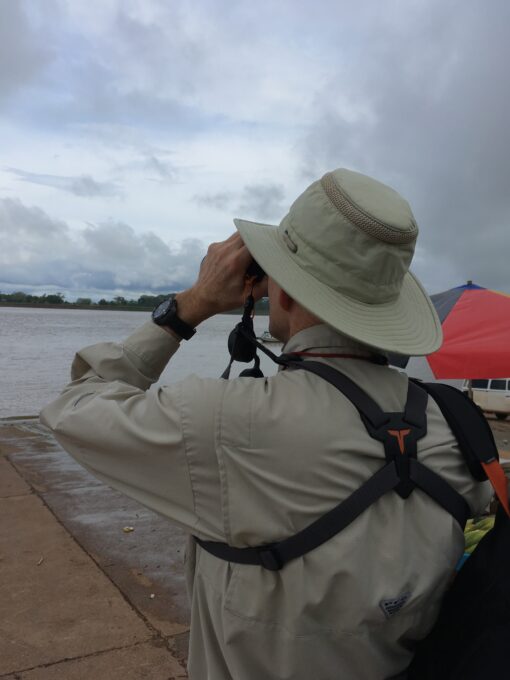 Miss Grab-The-Mike-And-Make-Loud-Announcements, heady with power, then proclaimed that no one would be able to board the plane unless he or she “gave her a big smile”. She meant it, too. I saw her accost the Boarding-Pass-Scanning Lady and tell her that a hapless wheelchair passenger couldn’t board unless she smiled. With teeth. 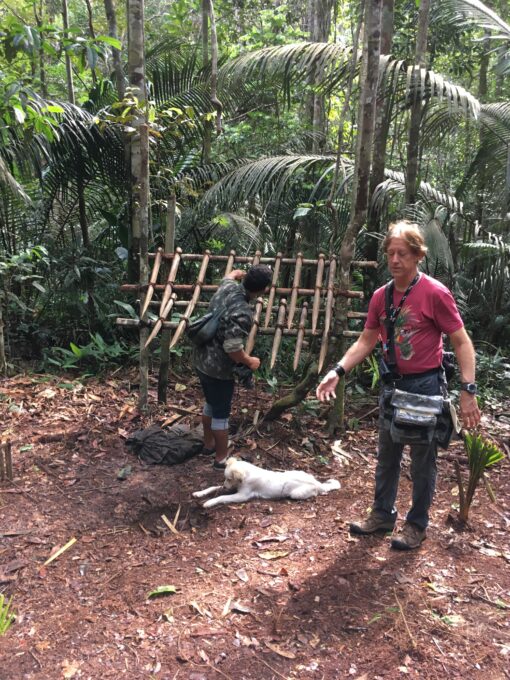 Our guide (and a local dog) demonstrate a wild-animal trap. Part of me wants to set it up outside Gate D12

But wait — there’s more. Then, she grabbed the mike and insisted that we all sing Jingle Bells. We thought surely she must be kidding, but no. Nurse-Ratchet-Disguised-As-A-Gate-Agent started singing, and when we didn’t immediately chime in, exhorted, “I can’t hear you!”

So, jingling all the way, we dashed not through the snow but through the throngs onto the plane and into the night.

“Oh what fun it is to ride”, it seems, does not apply to American Airlines. 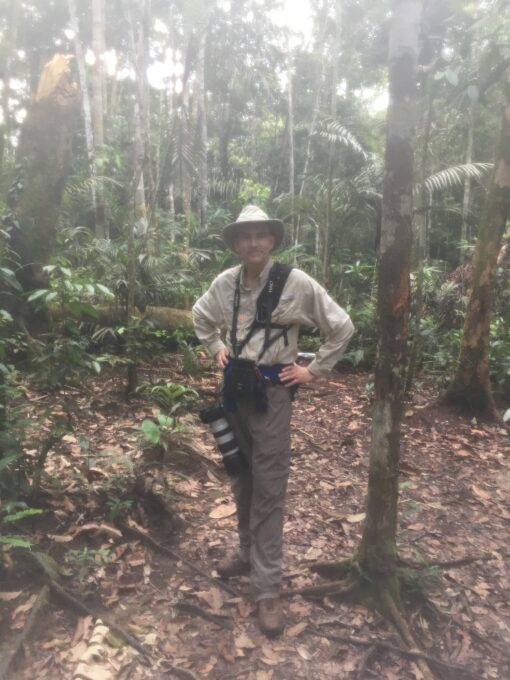 4 thoughts on “The Gate Nazi at JFK”