What is it with men and asking for directions?

Dude Man and I can be circling the same golf course for the third time, listening to GPS Girl intone “recalculating” over and over — but will he stop, roll down the window and ask that nice gas station guy how to get to 98th Avenue?

If you are a woman and know any men, I bet you can answer that question. 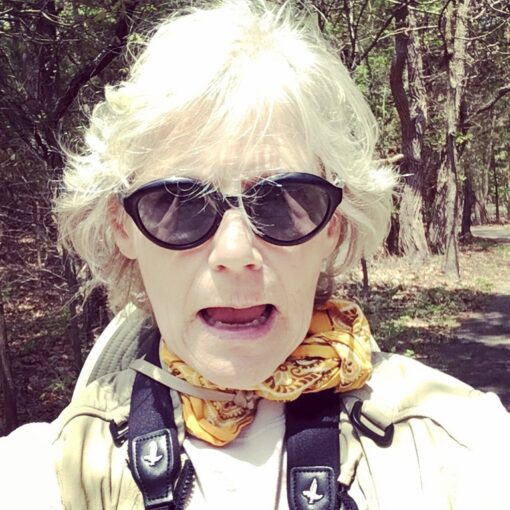 Me, looking surprised at something on a Cape May trip. Maybe a man just asked for directions

The above incident actually happened when we were driving our rental from PDX to my Favorite Sister’s house in Vancouver WA. Apparently, that golf course obliterated a former road that had been programmed into the GPS, and GPS Girl had us driving in circles trying to find it. Oh, and what is it with GPS Girl’s voice? (We were once in the car with The Child, who asked, “Why is she telling you to ‘drive to higher ground?'” GPS Girl was actually saying “drive to highlighted route.”)

Anyway. I thought of GPS Girl and the golf course just the other day when we were on our way to Cape May for our annual birding excursion. This is when we team up with a bunch of friends to trail around the woods and fields to catch the annual spring migration — of both birds and birders. 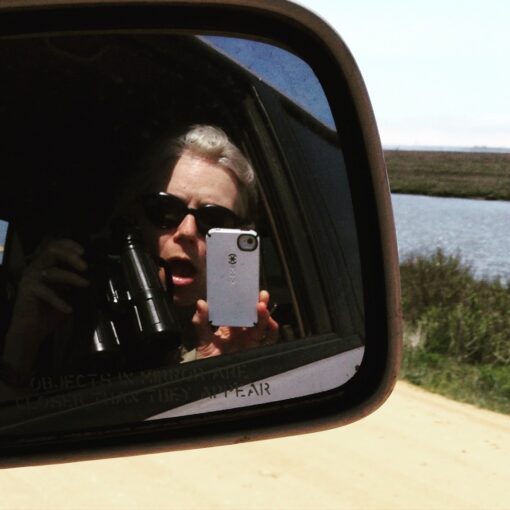 Doing a little car birding on the way to Cape May

This trip we scored many sightings, including indigo buntings, scarlet tanagers, bald eagles and a batch of Belgians who attached themselves to us for a while, delighting us with their excitement over even our la-di-dah birds. “Oh! Eeet eez a cardinal, n’est-ce-pas? Oooo-la-la!!!” said the Tall Belgian. “That eez a lifer for me!” 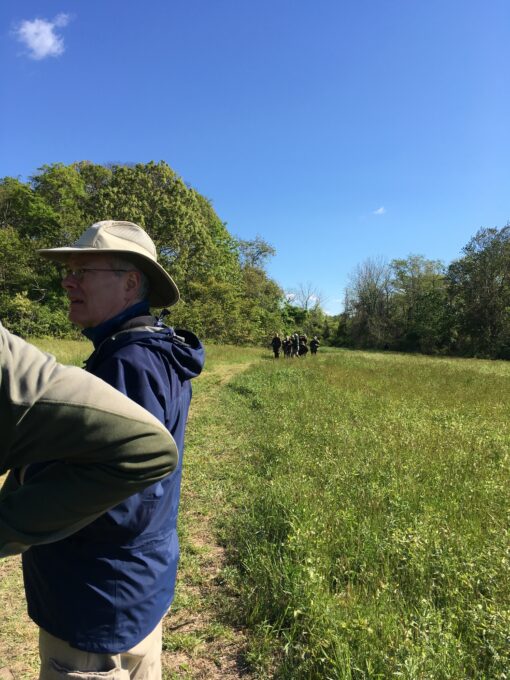 But before we could find the birds and the Belgians, we first had to make it out of the City. Which is surprisingly hard to do, even at 5:30 in the morning. Part of why it is hard is because Dude Man insists on competing with GPS Girl. She will suggest a route, and he will say something like, “She wants us to go crosstown. I think it’ll be faster taking the Drive.” (The Drive is actually the FDR Drive, a road that loops all around the tip of lower Manhattan.) It is much longer to go via the Drive, but “there won’t be any lights.” Oh. Okay. Whatever. You’re driving, not me. 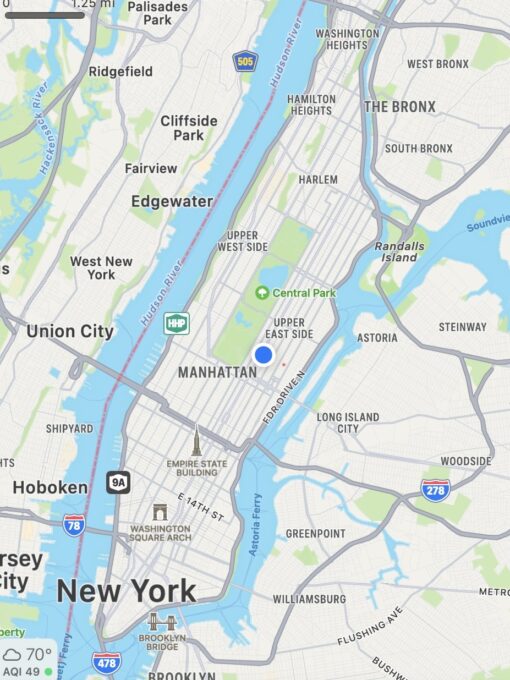 The blue dot is where we live. We were on our way to the Holland Tunnel, which is where that ’78’ is. Would you loop around the tip of Manhattan? Or drive crosstown then down? Hmmm

So we drive east to ultimately go west, zooming down the Drive. Which was actually very beautiful and movie-set-like, what with views of the Brooklyn Bridge and all. But somehow, instead of the Holland Tunnel, we ended up entering the Brooklyn-Battery Tunnel. (Naughty, naughty, GPS Girl.) Which not only goes to Brooklyn, but is really really long. There was a moment when Dude Man seriously considered pulling a U-ie. But I pointed out that not only were there were giant trucks whizzing by between us and the return route but a rather high concrete barrier.

So we drove through the Brooklyn Battery Tunnel, which, at 9,117 feet, is the longest continuous underwater vehicular tunnel in North America. Dude Man’s ears were spouting steam. Then, when we emerged, we had no idea how to find the entrance to the Manhattan-bound side. I saw a police car and insisted we stop and ask for directions. This time he did not argue. The nice policewoman told us to turn left at the next two stop signs, then take the ramp. But did Dude Man do this? Of course not. He drove to the next stop light instead, before finally giving in and following the route she suggested.

Being a woman, I have absolutely no problem asking for directions. (My mother, pictured at the top of the post piloting my Dad’s green truck, doesn’t either.) Once — and this was waaay before GPS Girl or any type of navigational tool except maps — I was driving a gaggle of girlfriends out to Amagansett for the weekend. We were having a high old time in the car catching up and telling stories, and I missed the Manorville exit. I figured no problem, I’d just go to the end of the LIE and drive from Riverhead. Easy-peasy. 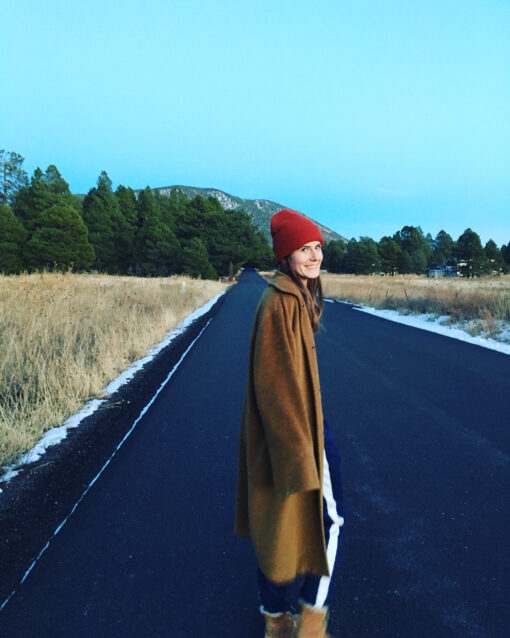 If I saw this woman on the road, I’d ask her for directions

Except that Riverhead has this roundabout where the LIE ends, and I took the wrong “spoke,” as it were. I ended up in a rather sketchy neighborhood, and it was getting dark to boot. I really wanted out of there. So I pulled up to a woman who looked somewhat the worse for wear — but not too scary — rolled down my window and asked, “How do I get to Route 27?”

Then she starts her directions by saying, “Okay. You know where the jail is, right?”