‘Does this mean that I am no longer The Grownup?’

It’s bad enough when your Child ends up being six inches taller than you. (Stern maternal finger-wagging somehow loses its force when directed upward.) But then said Child ends up making way more money than you. (Granted, I am no longer employed. So there’s that.) And ends up collecting way more stamps in her passport. (The kid has been to Mongolia, for pete’s sakes.)

But no matter. That tall, employed, well-traveled woman is a person whose nose (not to mention other body parts) I have wiped. I could be in the same room with her and still look myself in the eye and say “Hey, I’m the Grownup.”

But then she bought a couch. 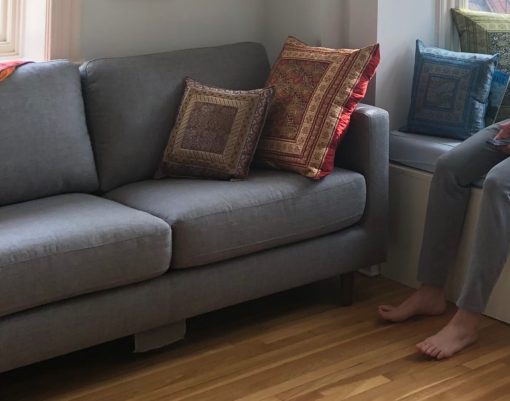 And it’s not just a couch. It’s a sleeper sofa, for heaven’s sakes

And I, a much older person — and her mother — have never bought a couch.

[Quick note here. Last night I read the beginning of this piece to The Dude, and he totally doesn’t get my point. Maybe you don’t either. Which means you can stop reading if you want. (But then you’d miss some cool couch pictures.) But I had always heard that the true mark of GrownupHood was to buy a couch. And, no, I’m not the only person who thinks so.] END_OF_DOCUMENT_TOKEN_TO_BE_REPLACED