So I’m sitting on one of those crinkly paper thingies in an exam room when the door opens and this incredibly gorgeous woman walks in. Sort of a cross between J-Lo and Giselle Bundchen.

”I’m Doctor Exotic (not her real name)”, she says, extending her hand for a shake.

”You’re the doctor?!?” I exclaim, taking in her voluptuous figure, leopard-print leggings and long glossy locks.

”Yes, I am,” she responded with a blindingly white smile. “Who were you expecting?”

”An old white guy!” was my immediate answer.

Dr. E laughed, then proceeded to point out that more than half of all medical students these days are women. “Oh, I know,” I interjected. “My husband told me. He’s a doctor — an old white guy.” 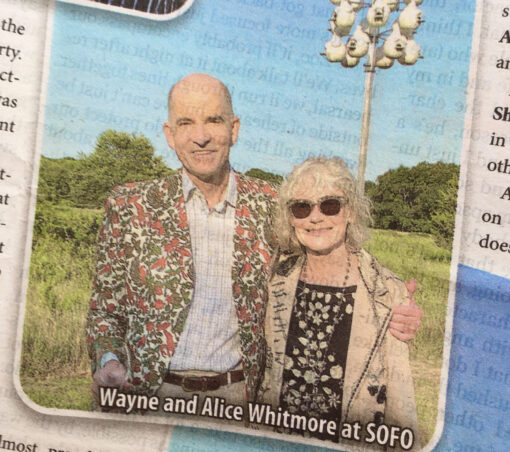 Two Old White People out on the town — out in Amagansett. One of us is a doctor

This exchange happened during my second doctor’s visit in one day — yesterday. Too many doctor visits on a Tuesday is one of the reasons I’m late with this week’s post. I also needed an idea to write about, and — Silver Lining Time — the doctor visit gave it to me.

So back to how my life is organized around doctor visits and how that’s one of the ways I know I’m officially Old. 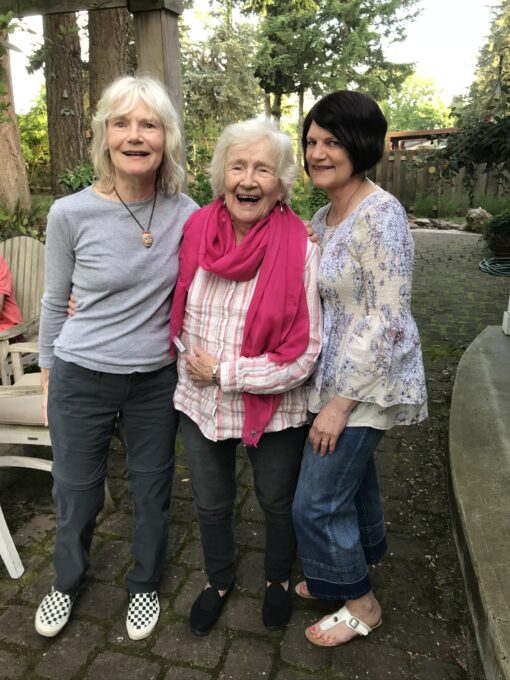 Younger Sister Laura and me making a Mom Sandwich. Three guesses which one of us gets mistaken for her sister

Those of you who read my posts regularly (Bless you, one and all!) know that since retirement (“retirement,” hmmm. Another Old Clue) I have essentially relocated from the City to Eastern Long Island. Amagansett, to be exact. I used to come in to the City for two or three days a week to go to classes or museums or plays. Now I still come in two or three days a week — but to go to doctors.

And I’m not the only one. I have a friend (hi, Helen!) who was recently featured in a New York Times article about downsizing. Helen mentions that she and her husband wanted to keep a small apartment in the City for “doctor visits.” 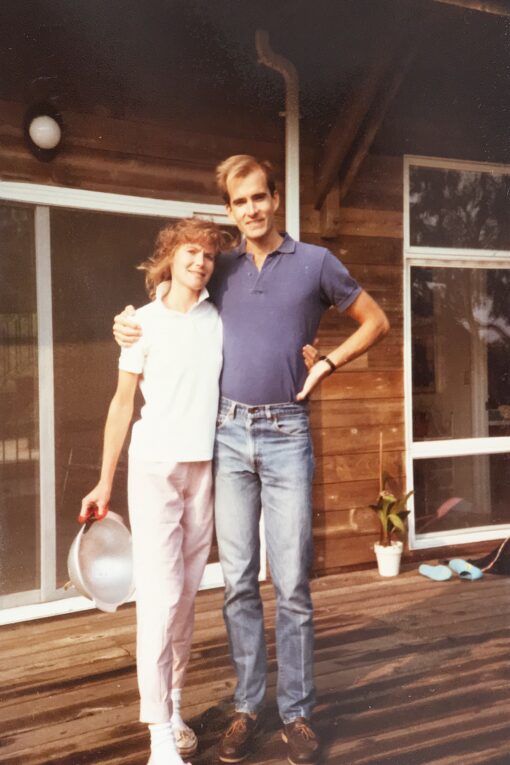 Two Young White People out in Amagansett. Back when I hardly ever hung out with doctors — except on dates

Like Helen, there’s nothing (thank the Health Gods) particularly wrong with me. But I see the dermatologist and the gynecologist and the dentist (all routine) and the endocrinologist and the physical therapist and the pain management specialist (for bone and back issues; the picture at the top of this post is me wearing a contraption prescribed by my neurologist). Oh, and let’s don’t forget the gastroenterologist (for those super-fun colonoscopies).

The only doctor I haven’t seen lately is the ophthalmologist. Mainly because he’s my husband and when I say that I’d like to make an appointment he just says, “Oh, just stop in some time.” Which, of course, never happens.

Oh, and just when you think you’ve caught up with these doctor visits, you get another one added on. It’s kind of like Wac-A-Mole. You cross off a doctor visit, and another one pops up. Yesterday at the gynecologist: “You’re due for a mammogram, I see.” “But I just had a mammogram,” I protested. “That was in January of 2020. At your age you need one every year.” 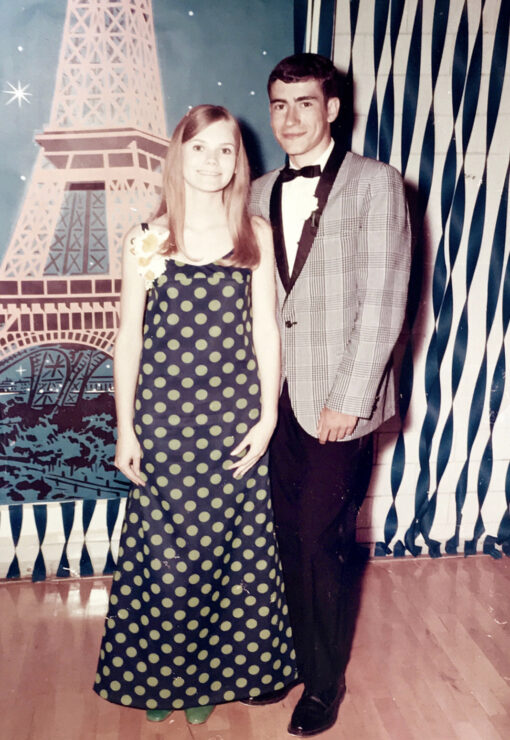 Me, not with a doctor this time. But at an age when no one ever suggested I get a mammogram. Not even braces

Which brings me (again) to the Age Thing. I am in complete shock to realize that next week I will be celebrating a birthday that is so Big and so Old that I’m having a hard time wrapping my head around it. I will have attained an age so great that there aren’t any funny birthday cards for it. No silly rhymes like “Lordy Lordy, look who’s forty.” No sayings like “Fifty is the new thirty.” Nope. It’s just an age that’s — old. 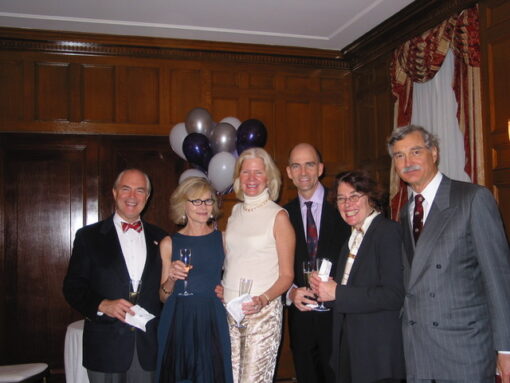 Me, helping someone else celebrate turning The New Thirty

How old? I’m so old now that waitresses mistake me for my mother’s sister. So old that I scare myself when I glimpse my reflection in a store window. So old that, when I announce my age (as I did in Dr. Exotic’s office yesterday) people don’t react at all. Why, just a couple of years ago, if I had to state my age, the response was invariably “Oh my! You certainly don’t look it!” Now? Nothing. Just stone-faced silence. 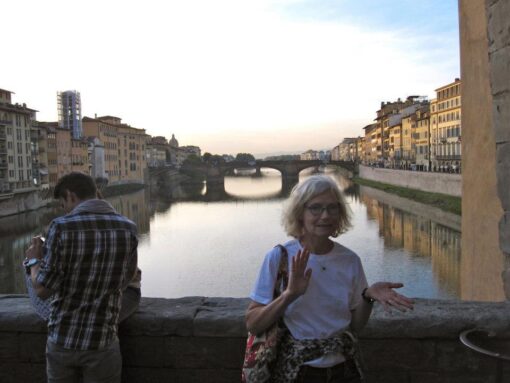 The last time I celebrated a remarkable Landmark Birthday I was in Florence. Now I’m in Disbelief

But hey. Am I upset about attaining this Great and Venerable Age? No way, Jose. When I start to count up doctor visits and feel sorry-elderly, I just remind myself of what one of The Dude’s friends says: “Every day above ground is a good day.”

Of course, he is an old white guy.

16 thoughts on “So many doctors, so little time”