‘The strange case of the Other Erica and Kevin’ 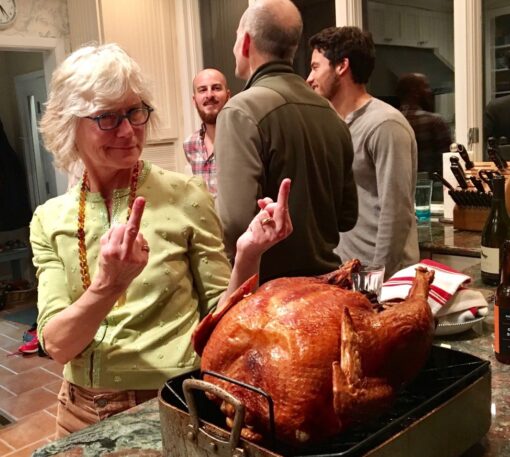 Thanksgiving’s no turkey, mind you, but it does rather lack in actual Paperless Post-style parties

But back to those invitations. I’d just clicked on the little birdie to “view invitation,” and said to The Dude, “Remember that nice Erica and Kevin? They’ve invited us to a Holiday Party!” “Gee, that’s great,” responds Mr. Man, peering at the address listed on the invitation. “I guess they moved back to New York. Gosh, it’ll be fun to catch up!” “And, hey. We get to go to a party!” I added. 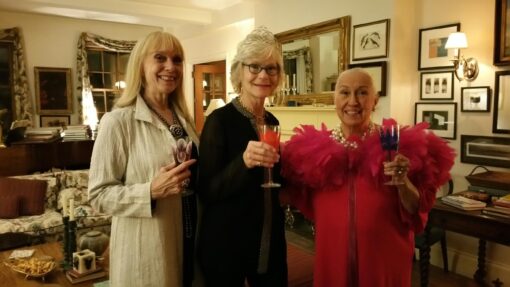 I do love a party. Here I am with Fellow Revelers at some event festive enough for champagne, feathers — and a tiara

I was excited, so I added a little note to our positive RSVP: “It’ll be great to see you and catch up!” To which Erica replied, “So much to celebrate!”

See, Erica and Kevin are this couple The Dude went to Dartmouth with way back when. So “way back when” that Erica was one of the first women admitted to Dartmouth. (It used to be an all-male institution, so notoriously “all-male-ish” that it inspired the movie “Animal House”.) When Erica and her five or six equally brave fellow female students entered the institution in their sophomore year, their fellow (male) students called them, not-so-affectionately, the Co-Hogs.

But Erica got along just fine, thank you very much. In fact, she assimilated so well that she married a Dartmouth guy, one of The Dude’s fraternity brothers (Kappa Kappa Kappa), a guy named Kevin.

While The Dude had fond memories of both Erica and Kevin, I had only met them once, six or seven years ago at a fraternity reunion held in New Jersey. I honestly couldn’t pick them out of a lineup. But heck, I was sure happy to go to their party. 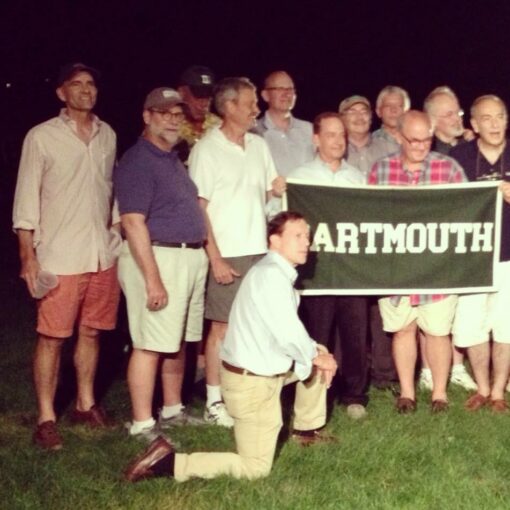 The Dude (at left) with frat brothers at what appears to be an “Artmouth” reunion in New Jersey. Kevin must be in there somewhere

So, on the appointed Party Day, we get all gussied up and head over to Erica and Kevin’s. 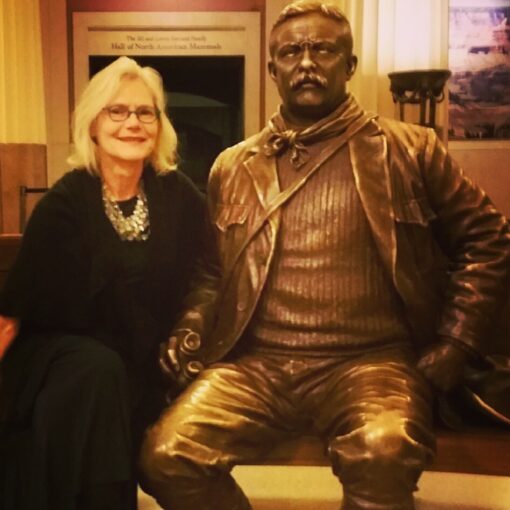 Here I am, all gussied up for a party where a guy named Teddy is a “guest”

As we enter the building lobby, I get even more excited. It’s Party Central — we see several Gorgeous People hanging up coats and heading up elevators, since there seem to be at least two or three parties being held there that night.

We’re directed to the appropriate coat rack and elevator and ride on up. The elevator opens into one of the loveliest New York apartments I’ve ever seen: beautiful paintings on the walls, beautiful people circulating in the halls. The waitpersons are even beautiful.

“Hey! I know that woman,” I think, as a vision in silver approaches, handing me a glass of wine. After we air-kiss, I exclaim, “Erica! I didn’t know you went to Dartmouth!”

She gives me a puzzled look, then moves on to greet other arrivals. Meanwhile, The Dude has moved into the next room to find the host, his friend Kevin.

He comes back and whispers, “That guy in there is not Kevin. I mean, he’s Kevin, but not Kevin!”

“But I know that woman. She’s Erica — of the Erica-and-Karen Erica, the ones who run that website Lustre that I write for. You know.” (By the way, do check out that website, it’s lustre.net; you’ll love it, and not just because I occasionally write stuff for it.) 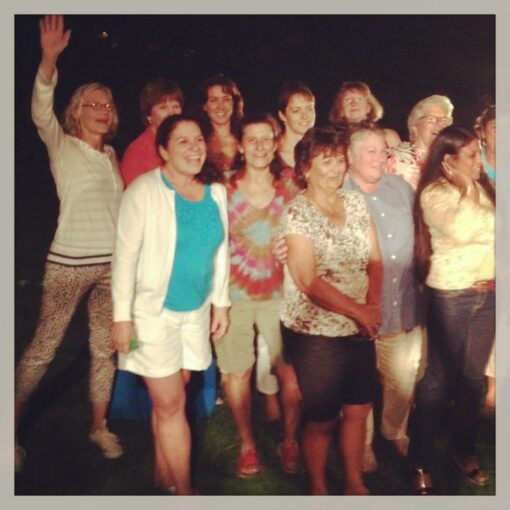 Erica is somewhere in this group of Dartmouth reunion-goers (that’s me, top left). Just don’t ask me which one she is; I only met her the one time

“She must also be married to a guy named Kevin. And we’re at their Erica-and-Kevin Party instead of at our Erica-and-Kevin Party. At this point, a waiter approached with a tray of particularly tasty-looking hors d’oeuvres. “Don’t touch those!” I said, slapping The Dude’s hand away. We’re at the wrong party. We have to fess up.”

Well. All’s well that ends well, party-wise. When I told Erica that I was really really sorry and that we were at the wrong party, she said, “Oh no! You are at the right party. Kevin and I invited you. Honest! Welcome. Have some champagne!”

And so we did.

But on the way home, we just had to wonder. What are the chances of knowing not one, but two, Erica-and-Kevins?