‘And, yes, it’s easier to find a unicorn than black and white tile’

I was almost a day late and a dollar short with this post. See, this little “coat-of-paint-and-new-appliances” project spiffing up the Ken and Barbie House is turning into a giant all-consuming time-sucking nightmare. Well, actually, it’s not technically a “nightmare” because I don’t sleep. If you don’t sleep, you can’t have a nightmare, now can you? 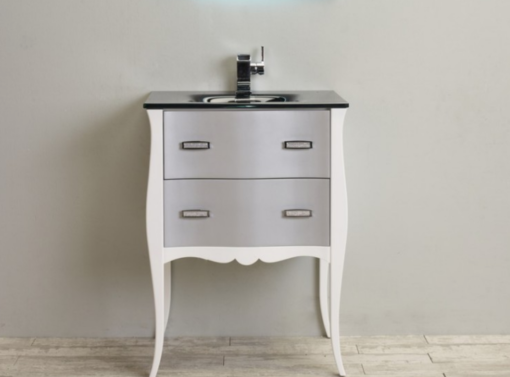 An excellent example of a “cabinet” with “plumbing”. (See below.) I don’t dare ask how much it costs

We shrug and say “okay.” Our reasoning? This is our Last Apartment — at least the Last Apartment We Will Choose For Ourselves — so we might as well “do it right.” Even if we empty our bank account while doing it.

Today I woke before five thinking about how on earth to find a carpenter. I interviewed one last night who got very sniffy when I admitted that I did not have a “design” or a “plan.” He also smelled mightily of a strong men’s cologne. Deal-breaker, even if he hadn’t kept me waiting 45 minutes.

The night (er, morning) before it was this thing with the “shower bodies.” After a bout of googling, I found out more than I ever wanted to know about valves and diverters. 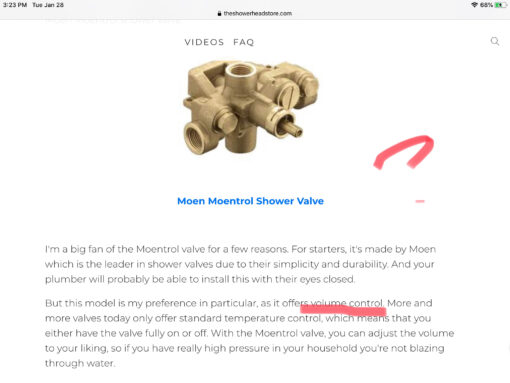 That’s a diverter. Or is it a valve? Whatever. It’s pricey

Last week it was The Great Black And White Tile Quest. See, once we (actually, our contractor) pried up those cork jobbies and the underlying icky wood, I decided a nice idea would be to “do” the whole apartment — that is, if a 500 sq. ft. apartment can be called “whole” anything — in black and white tiles. Very Parisian, I thought. (Versailles has black-and-white tiles.) Very Downton Abbey too. (The room where Edith does her telephoning has black-and-white tiles.) 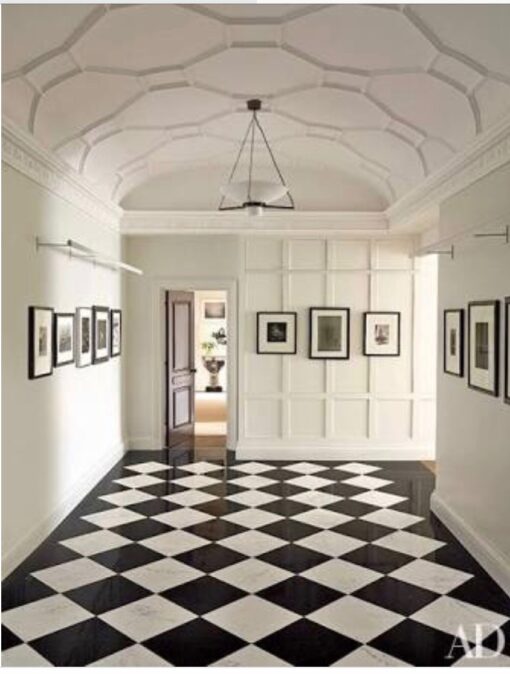 See? Black and white tile. Not in Downton Abbey, but in Architectural Digest. Which is pretty close 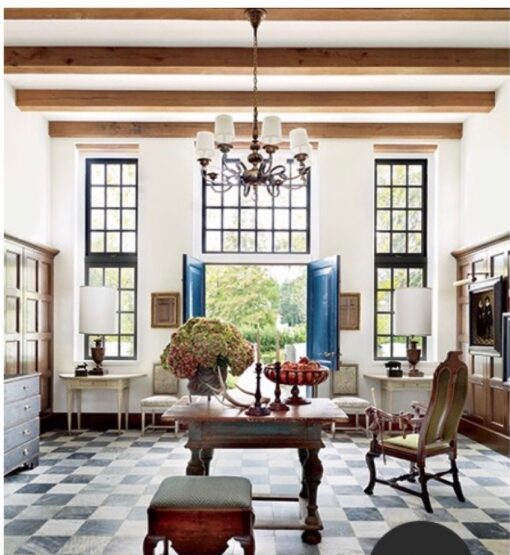 Another gorgeous be-tiled room. Because why not?

After hours of fruitless prowling of the internet, The Dude and I decided to go on a mission. We piled in the trusty ’98 Toyota and drove to Southampton, where we hit each and every tile showroom we could find. We had vowed not to return to Amagansett tile-less, so it’s a good thing that Southampton Gallery of Tile had some in their, um, gallery. 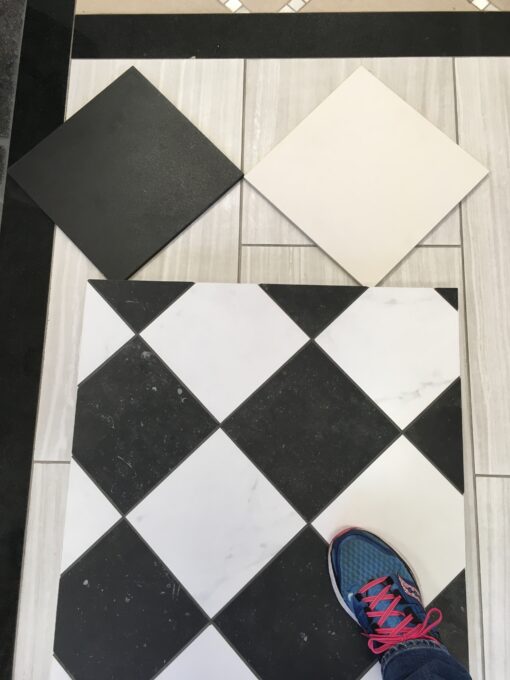 We find some tile! We went with the “marble” version. (The ones with my foot protectively guarding them from escape)

We celebrated with a walk in the woods. Although at each and every step I was thinking about plumbing. Or cabinets. Or cabinets with plumbing. (See Adorable Vanity photo above.) 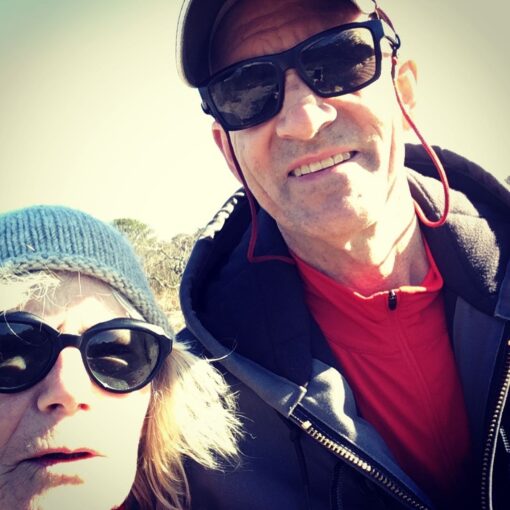 Next up in the Obsession Queue is The Kitchen. Though I do have a pretty good idea of what I want. Now I just have to find someone to do it. Any carpenters out there? 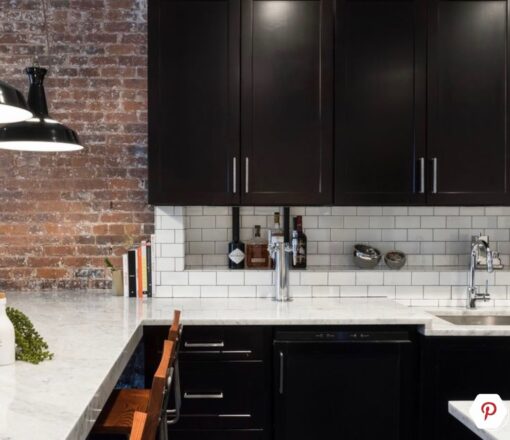 Now, instead of going on and on about tile and stuff, thus snaring you in my Nightmare Trap, I’m going to end with a little concert. The Child has acquired a Very Small Piano and has been sending us videos of choice performances. This one I call “The Apple Doesn’t Play Far From The Tree,” since I swear to You-Know-Who it features The Child playing Maple Leaf Rag.

You may recall from my story “Please Don’t Play It Again, Sam,” that this is a piece that The Dude likes to play. “Likes to play” as in every night of our 35-years-and-counting marriage — over and over and over again. And not only do The Child and The Dude both play Maple Leaf Rag, they both do the same Thing With Their Mouth while they’re at it.

Enjoy. And “see” you next week. If I survive the Shower Body Search, that is.