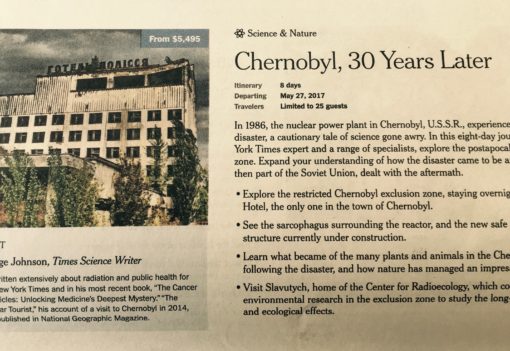 So The Dude got his notes and slides all prepped and polished and I found us some nice cheap plane tickets and a nice cheap hotel. (These were the days when we were living ‘Barefoot in the Park’-style in that fish-bowl ground-floor apartment, remember, and the Hassler was not in our budget. Still isn’t, actually.)

Then one day a week or so before we were supposed to leave, we read in the paper that a nuclear reactor had melted down somewhere in Russia, Chernobyl to be exact. We of course felt bad about this, but as was our wont, we went on with our lives and didn’t think a whole lot more about it. Until we heard about the Radioactive Cloud.

This was, basically, a super-nasty airborne plume of ‘hazardous isotopes’ that floated away from the Chernobyl disaster kind of the way a balloon floats away from a birthday party. Except that, instead of getting trapped in a tree and causing an eyesore, this nasty balloon was going to poison crops and cause cancer.

Nobody knew where the plume was going to land, but scientists thought it was going to be ‘somewhere in Europe’. So trips were being cancelled left and right — including trips to The Medical Meeting. We thought about it maybe for a second, and decided that bailing was not an option. Money had been spent. And besides, The Dude had that talk all practiced up. So off we went to Rome.

I’ll skip the part about what it was like to fly coach in the ‘non-smoking section’ on Alitalia back in the Eighties. (It was the last row way back by the not-too-clean toilets — and yes, it was just one row.) And I’ll gloss over the part about what Leonardo Da Vinci airport was like back then, except to mention that this was only about a year after an infamous TWA hijacking, so the place was swarming with teens in uniform toting machine guns. Sort of like any airport in these post-9/11, post-Trump days, I guess. But back then it was unusual.

But we made it to our comfy-but-cheap hotel, settled in, and headed out on the town for some pre-meeting fun. 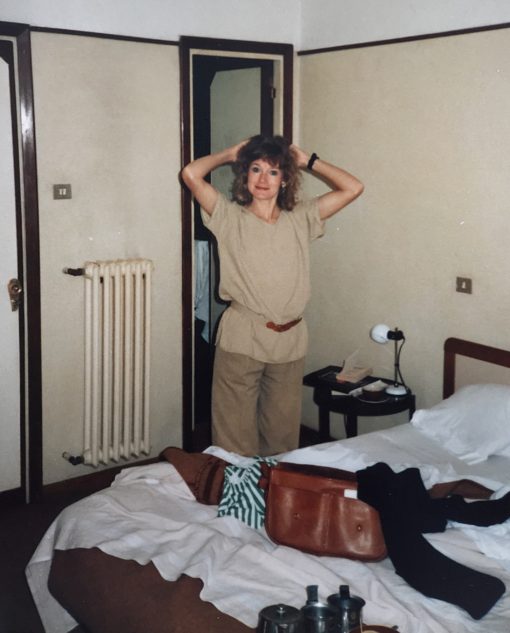 Well. First thing we noticed was a surprising lack of, well, people. No matter where we went, Rome looked like a ghost town. A wonderfully well-stocked-with-antiquities ghost town, but still definitely ghostly. The Palatine Hill — deserted. The Forum — empty. The Vatican — you could shoot a gun and not hit anybody. Only The Coliseum was full. Of cats. 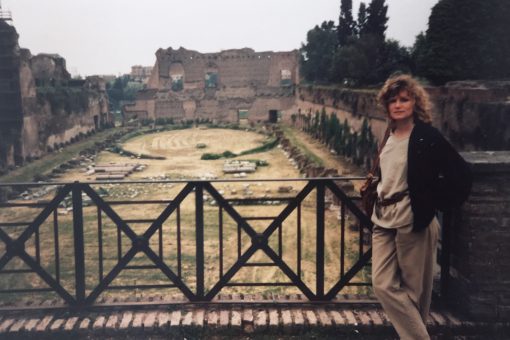 The Palatine Hill (I think; it’s been a long time) — and me 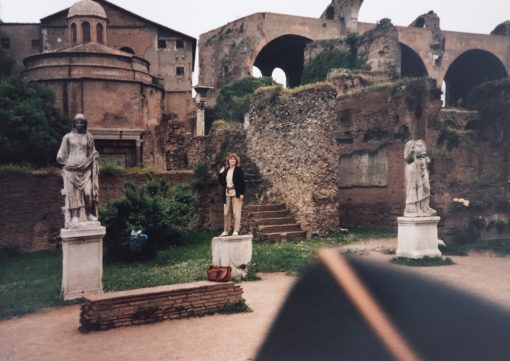 The good part about this was a lack of crowds. The bad part was the lack of fresh food. Here we were in Rome with, basically, nothing to eat. The restaurants were thrilled to welcome us — we would be greeted with happy cries and even hugs when we entered any trattoria or ristorante. Once we were even treated to complimentary grappa, which I thought tasted kind of like tennis shoes. Tennis shoes that had been kept in a damp basement.

But there was no fresh food. No tomatoes, no milk, no fruit. Because of the toxic plume, you see. No one was sure if anything fresh was safe to eat. So there we were in Rome, eating canned peaches. Oh well, at least we were in Rome. 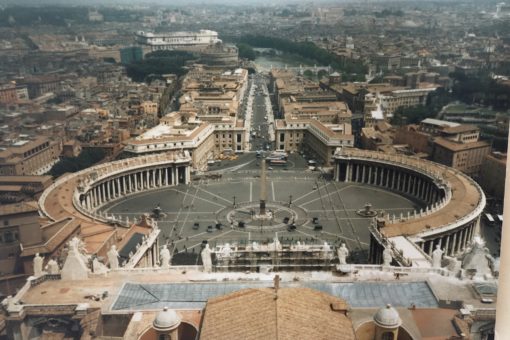 Nope. I don’t even see the Pope. Maybe he was craving fresh mozzarella, and left town to get some

Since our hotel was next to the train station (travel tip: many inexpensive hotels are next to train stations), we did leave Rome to go on a day trip. Went to Hadrian’s Villa and the Villa d’Este. Which were equally empty. 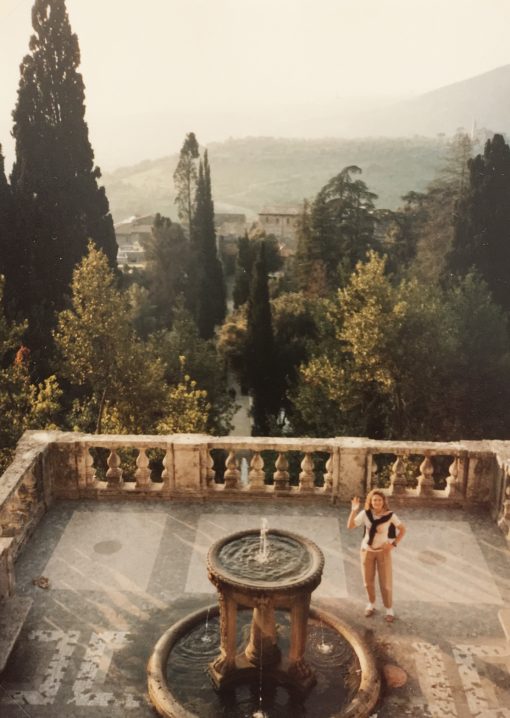 No people and no produce at the fountains of Tivoli. No cats either. Oh well, cats hate water

We were starting to feel a little lonely when we finally went to The Medical Meeting. Where, you’ll be happy to hear, there were at least a dozen or so intrepid souls in attendance to take in The Dude’s talk. He wasn’t nervous, not one bit. But then again, it wasn’t exactly a big scary crowd.

And what happened to The Big Scary Cloud? It settled, eventually. But not anywhere near Rome. It glommed on to Scandinavia. And, even though they ‘got’ the cloud, I’d rather visit the Swedes than, as the Times Journeys description puts it about their Chernobyl trip, “gain an unparalleled perspective on this seminal world event, and emerge with an informed view of nuclear power”.

I’m afraid that’s not all I’d ’emerge’ with.