‘On little kids and how little they remember from being little.’

Some young friends of ours are going through the Nursery School Application Thing. Which, in New York, is like applying to the Ivy League, only way more stressful.

It’s felt that getting into the “right” nursery school can set your child on the road to not just academic success but life success. So the whole process is, well, somewhat fraught. 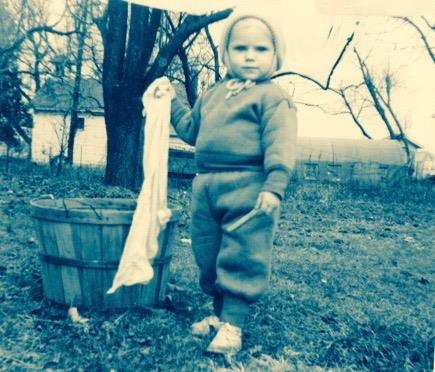 Me, not attending nursery school — enjoying the School of Hard Knocks instead

Fortunately for Dude Man and me, almost 30 years ago — when The Child was an actual child — the process wasn’t nearly so stressful, at least not for us. This was mainly because, having not grown up in New York City — and, in my case, having been unaware of even the existence of nursery school — we didn’t realize how cutthroat and competitive it all was and blithely went about things in a relaxed and matter-of-fact manner. “Hey, this school looks good — it’s close to our apartment!” was kind of how we rolled. 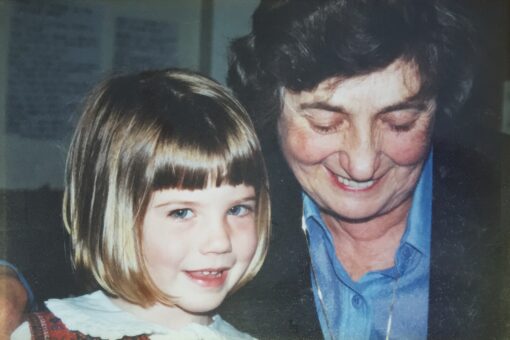 (You can read about our experience in “The Bears are Watching a Movie.”) Sometimes ignorance is bliss, especially when the ignorance involves education.

But back to our young friends. In the course of our nursery-school pep chat, the mother mentioned a cute thing that their two-year-old does: “When we come home from work he runs to get his shoes and our masks (my emphasis) so we can go outside,” she told me.

Well. This got me thinking. About a lot of things, but mainly about how little we remember from when we were little. And how you find out about stuff you did then from people telling you about it. 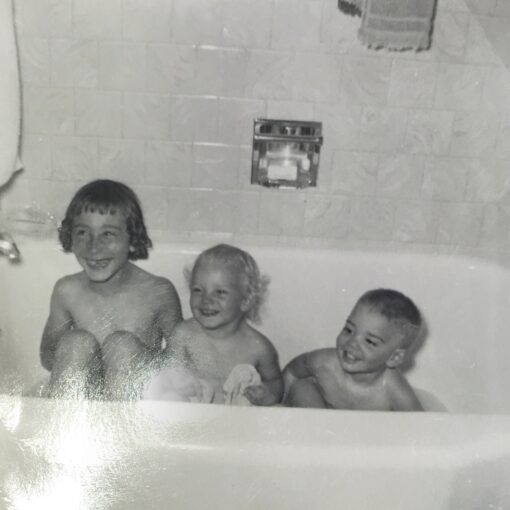 I certainly don’t remember this. Someone had to show me this evidence to prove that I once bathed with a cousin and an aunt — at the same time!

I once famously threw my socks and “shoes-on” out the car window (which you can read about in “The Red Shoes-on” ) and, another time, came inside after playing and informed my mother, “I wasn’t throwing rocks at the house.”

I can remember neither of these childhood episodes, which is probably just as well. I’m thinking that our young friends won’t be too upset if, in a few years, their Little Guy has no memory of wearing his mask, either. I certainly wish that could happen to me.

But what about those “Grampa Crackers” I refer to in the title of this piece?

See, The Child’s Grampa on the Dude’s side had a very close relationship with her. Quite literally. He lived in the same block as us in the City, but where we saw him most was in Amagansett. He was totally enamored of her, calling her “My Little Character,” and spending almost every waking hour in her company. They swam together, they hiked together; they picked berries and picked up snakes. 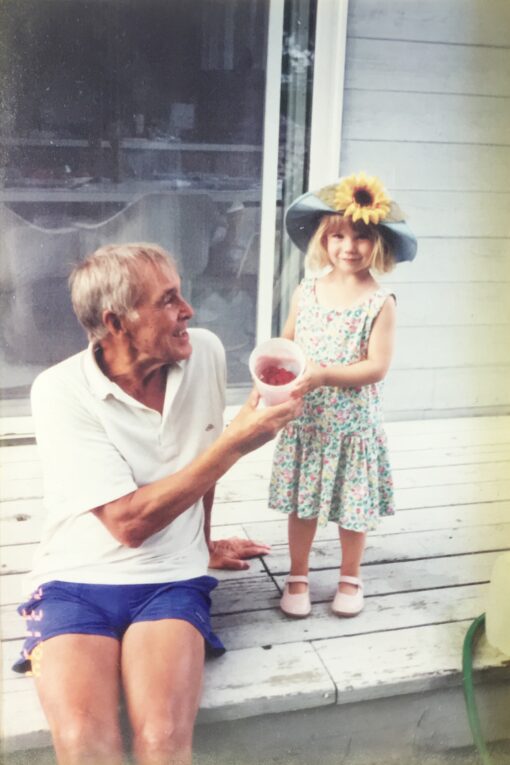 I don’t have a photo of Grampa and Child picking up snakes. More’s the pity

Grampa W’s favorite snack was Carr’s wafers. He would open a box and just, well, eat them. With no spread or topping or anything. The Child loved them too, and called them “Grampa Crackers.” 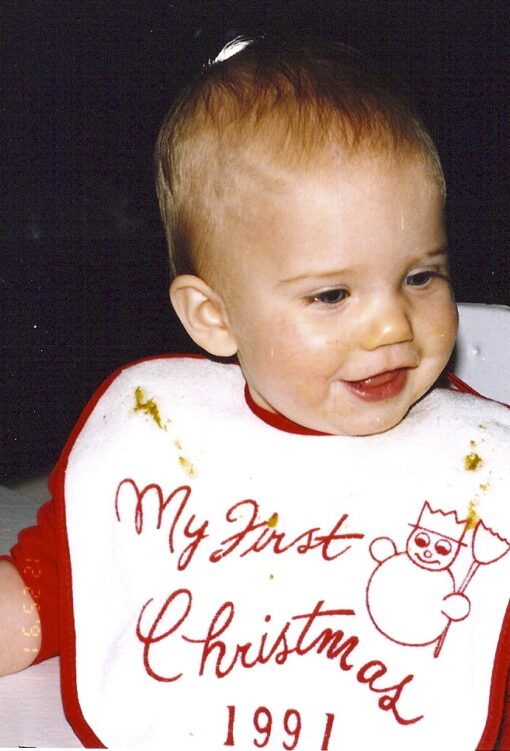 The Child’s first Christmas. Of course, she doesn’t remember it 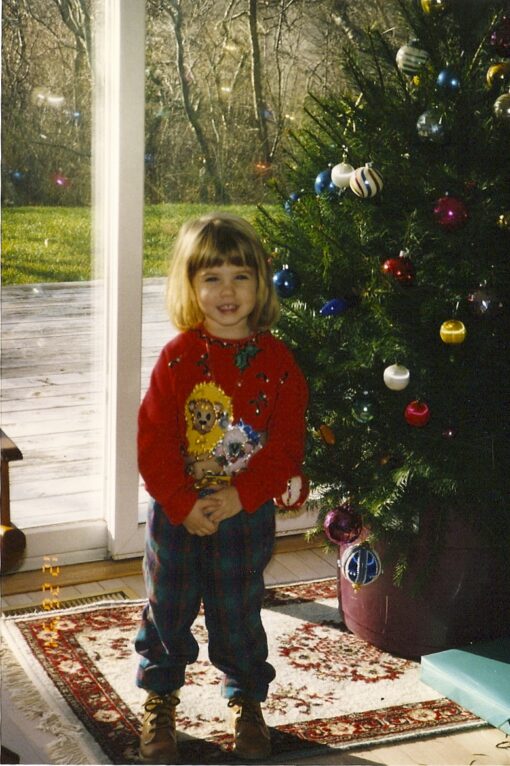 The Child’s third Christmas. She doesn’t remember this one either

Well, thank goodness she had another perfectly-good Grampa, because this one didn’t last very long. He died when The Child was just four. In his honor, she made a mural of the ocean shore — and placed, smack dab in the middle, a Grampa Cracker. A real one, glued right on.

When I was clearing out the attic to make room for the displaced City stuff that wouldn’t fit into the Ken & Barbie House, I came across this mural. When I mentioned it to Her Grown Childness, she didn’t remember making it — and, what was worse, didn’t remember “Grampa Crackers” at all. I didn’t have the courage to ask if she remembered Grampa. Maybe some day.

3 thoughts on “How could she forget about “Grampa crackers?””