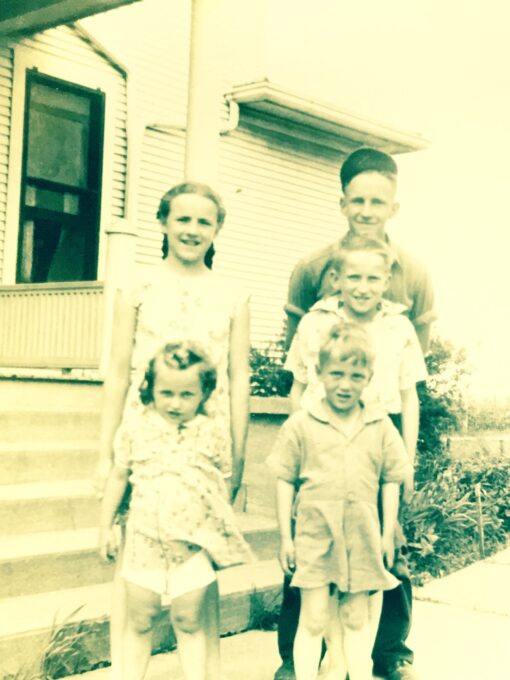 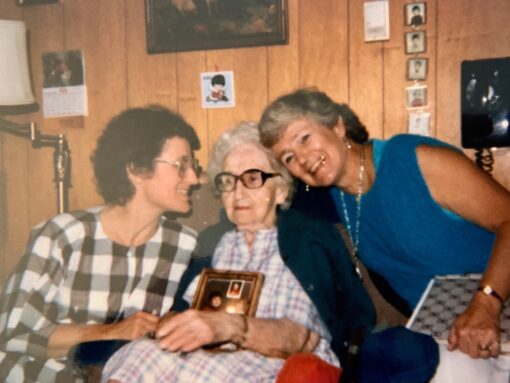 But kids are kids — and naturally unfiltered — so fight over Aunt Marilyn we did. We adored Aunt Marilyn. Maybe because she was rather like a kid herself. For one thing, she was our mother’s younger sister by almost ten years. She was a high school kid when I was born. For another, she remained single — living in her parents’ (our grandparents’) house — for most of our childhood, so she was always there — and eager for fun — when we visited. 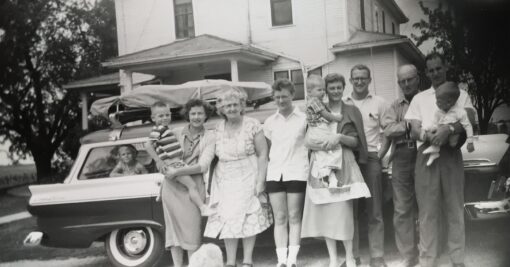 That’s All-American Teen Aunt Marilyn, complete with saddle shoes and bobby socks, between Perfectly-Fine Aunt Shirley and my Gramma P. My Mom is holding “Everybody’s Up!” Scott while I glower through the car window

Even after she found the Amazing Arlyn and got married, she didn’t “settle down”. She continued to play croquet and badminton (See “Howie and the Muscle Shirt” for a funny badminton story) with youthful gusto and was apt to say things like, “Who wants to go out in the snow with the rodel?” when it was, like, a zillion degrees below zero. (I just googled “rodel”, which is a kind of sled, and found one that looks just like Aunt Marilyn’s for sale for $1,175.) 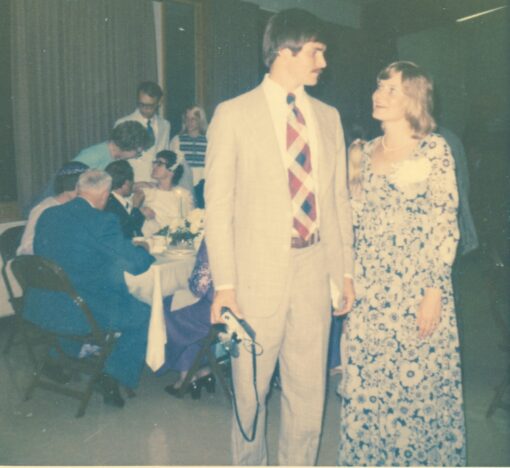 That’s Marilyn, in bridal gown, natch, greeting well-wishers in the background. That’s my Starter Hub and me front and center

Aunt Marilyn hated the hot summer and absolutely adored winter. And not just for the skating and skiing and rodeling. She was a Major Fan of Christmas. I can remember like it was yesterday going to our Gramma P’s for Christmas. Marilyn was always in charge of the fun, both before and after she and Arlyn got hitched. (Arlyn, bless his little Dutch heart, really got into the swing of those Swedish Christmases. Though I bet he didn’t really have much choice.) 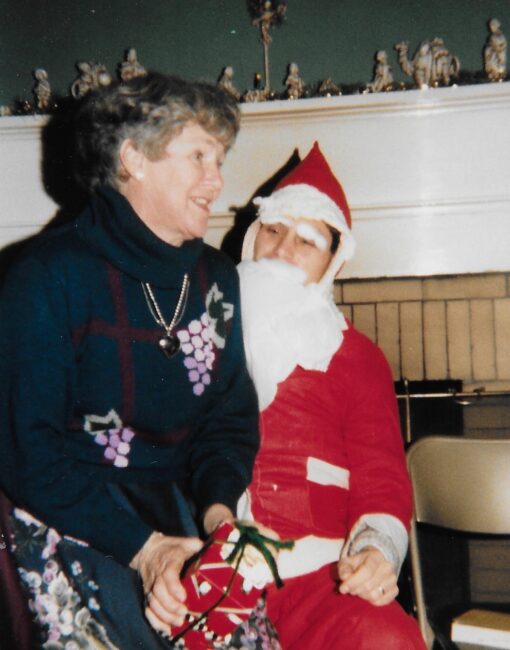 A scene from a Marilyn Christmas. That’s my Mom whispering her wish to a plastic-bag-bearded Santa

Since we were Swedes, the festivities were always on Christmas Eve. You can read all about these special festivities and even watch a video of the Very Last One in “A very Marilyn Christmas”. If you listen carefully, you just might be able to hear Nat King Cole on the stereo. 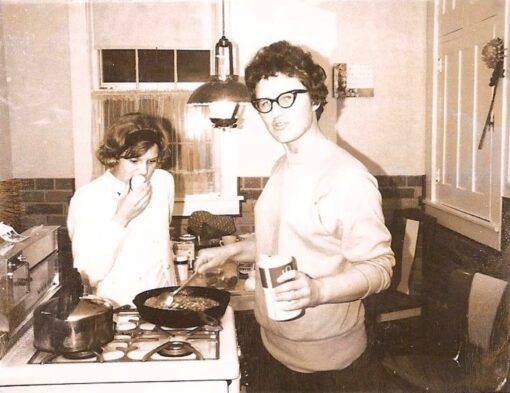 Aunt Marilyn in the kitchen stirring up some fun. I’m thinking this wasn’t Christmas, since the cooking is happening on top of the stove

Ironically, it was during her favorite season, while she was skiing with my mom out in Colorado (pronounced by Marilyn as “color” with “adoh” on the end) when she first felt the manifestations of the Parkinson’s Disease that would torment her for decades and ultimately take her life just last Saturday.

Winter won’t be winter without you, dear Aunt Marilyn. And as for Christmas? I feel like just skipping it this year. But that wouldn’t be at all what you would want. So I’ll break out the gumdrop tree and the teensy cordial glasses in your honor. But, if you don’t mind, I’ll skip the homemade brown paper “oven bag” to roast my turkey. I’ll no doubt burst into tears, but I’d rather my turkey not burst into flames. 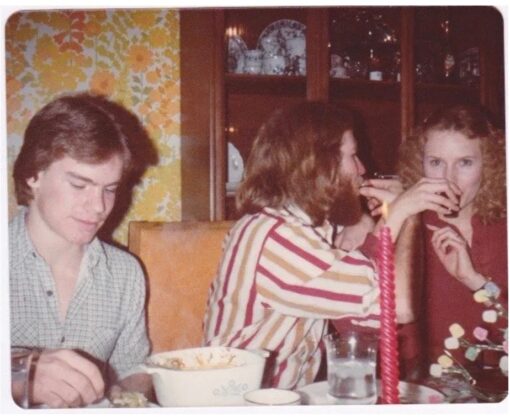 Rest in peace, dear Aunt Marilyn. Christmas — even with teensy toasts and gumdrop trees — won’t be the same without you