‘You never step in the same family twice.’

Apologies to Heraclitus, for mangling (er, adapting) his line. He said something like ‘No man steps in the same river twice, for it’s not the same river, and he’s not the same man.’ I’d actually never heard of Heraclitus till I googled that quote, which I had floating around in my head. (Um, brief aside: Am I the only one who thinks ‘Heraclitus’ sounds a tad, well, unseemly? Or do I just have jet lag?)

See, last Thursday was my Little Brother Doug’s birthday (he’s the guy squirming in my lap in the picture at the top of this post.) And last Friday I got to go out west to visit our Mutual Mother, who now lives in a quaint little town on the Oregon Coast. But no more of that for now.

On the endless plane ride out there, I got to thinking that, since I am almost 12 years older, Doug and I were, for all intents and purposes, raised in completely different families. (Those of you who’ve been along for my Blog Ride know by now that I am the oldest of five: Scott/Me are the Big Kids, Laura/Doug are the Little Kids, and Roger is stuck in the Middle Kid position.)

My Henry Family moved around. To Kentucky, where we lived above a garage, to Memphis, where I developed a (short-lived) Southern accent and a liking for RC Cola and Moon Pies, to Carlyle. Where Doug’s Henry Family stayed put, after Doug himself got added on. 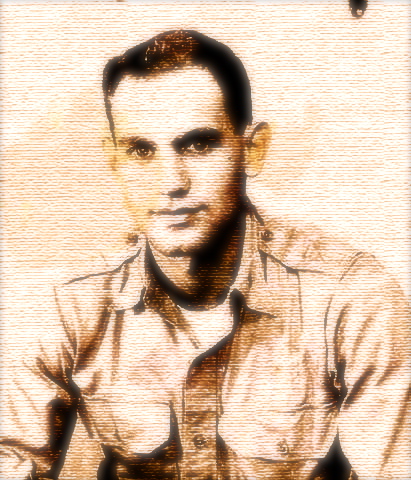 Dad’s work uniform when I was little: khaki 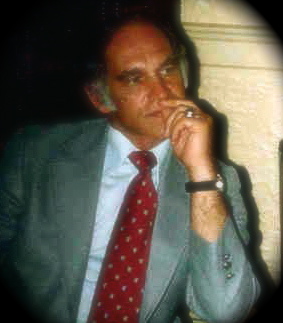 I had the outings to the grocery store in a little red wagon. He had the outings on the Houseboat, on the lake that did not even exist when I was a kid (It was Lake Carlyle, an Army Corps of Engineers project). Oh. The name of the boat? ‘Sir Launch-a-Lot’. Honest. 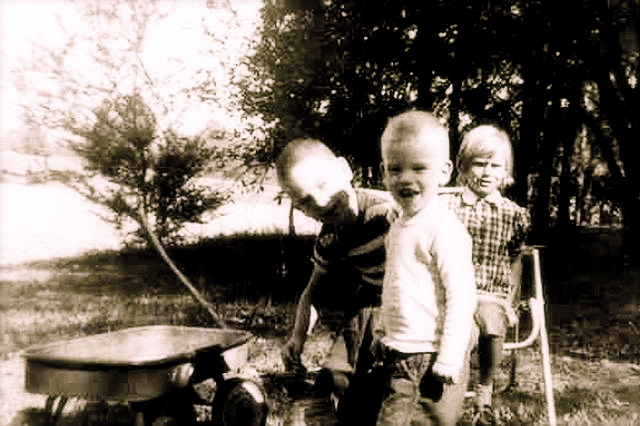 Now, don’t get me wrong. These comparisons are not made for I-had-it-harder-than-you purposes (well, okay, maybe a teensy bit). But, if, like me, you were raised in a Big Family, you’ll get my drift. Not only were we Big Kids raised in a different familial environment than the Little Kids (hence the Heraclitus* quote), but we left the Nest before we could really get to know each other very well.

I did get to bounce Doug on my lap and change his diapers (hence the B-Team Mom reference), but that’s not the same as running around together at dusk catching fireflies or building couch-pillow forts when it’s raining out.

*I just like to keep repeating ‘Heraclitus’, for some wacky reason

About the closest bonding experience Doug and I had (not counting my B-Team-Momming) was when I was a Homecoming Queen Candidate, and he was a Page. There was a Girl Page, too, but she’s not in this badly-reproduced photo from the CHS Tomahawk—proof that Doug and I did share at least one High School Memory. Though I was the only one in high school at the time: 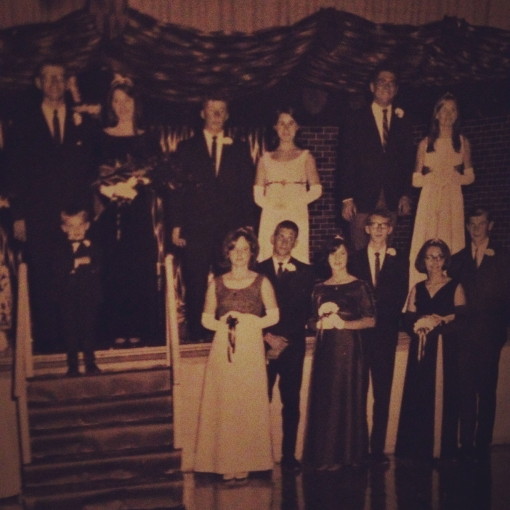 Here is another (rare) shot of Doug and me in the same place at the same time, my graduation from the University of Missouri: 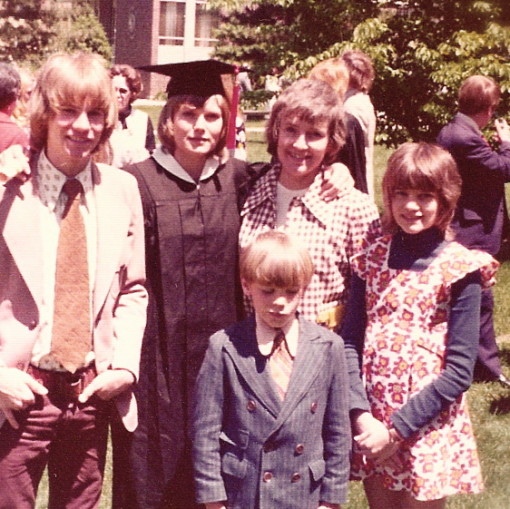 Doug, in front, looking really thrilled about attending my college graduation. (That’s Roger on the left, and Laura on the right)

To further verbally underline the Age Difference and Different Childhood themes, note that at the time of Doug’s own college graduation I had not only left the Nest, but I’d gotten married, divorced, moved to New York, and got married—again.

So, Doug My Bro. Except for the time that you crayoned ‘DOIEP’ on the carport walls and blamed it (natch) on Middle-Child Roger, and the time that you wished you had hair on your legs instead of prickly heat, I hardly knew ye. But it’s sure been fun to getting to know you as a Responsible Adult. Though, never forget that this is how you’ll always remain in my mind’s eye:

Thank you for reading. And if you’d like more Henry Lore, please feel free to click on the ‘Growing Up Lutheran’ link in the sidebar.

23 thoughts on “Confessions of a B-Team Mom”