‘The pitfalls and perils of traffic in The Hamptons’

I’m a little late today. I had to (gasp) leave The Compound by car. Which is something I rarely do out here in The Hamptons. 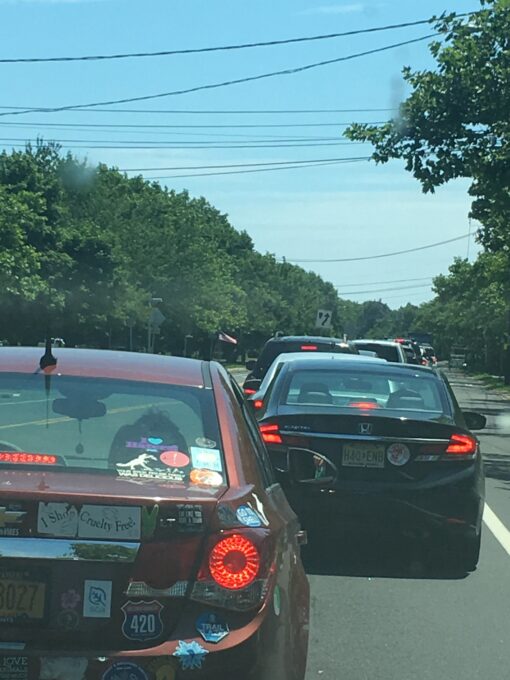 Why don’t I like to drive out here? Take a guess

Did I dash out to Citarella for a twelve-dollar loaf of bread? Or to Lunch for a forty-dollar lobster roll? Nah. I loaded up the Toyota for a trip to the dump. Er, “recycling center.”

I usually put off my Dump Run until Thursday, when I can combine it with my Groceries/Mail/Liquor Run for a trip I call my “Vector.” But I made grilled chicken involving a garlic-loaded marinade the other night, and the garbage bag which I hung on a hook in the basement (to discourage mice) was starting to, well, infuse the entire house with a not-very-enticing aroma. 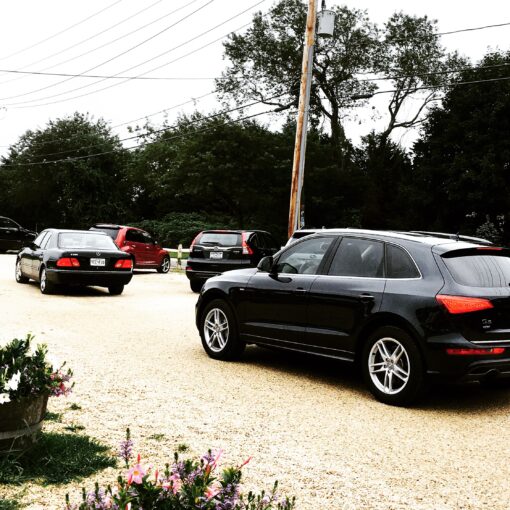 There’s even traffic at the Forty-Dollar Farm Stand. But there’s a nice aroma of roasting corn. So there’s that

So I screwed my courage to the sticking place and nosed my way out of our driveway and into — Hamptons Traffic.

For those of you who have never been here — or more specifically, have never driven here — allow me to introduce you to the special brand of Bad Traffic that can only be found on the South Fork of Long Island. 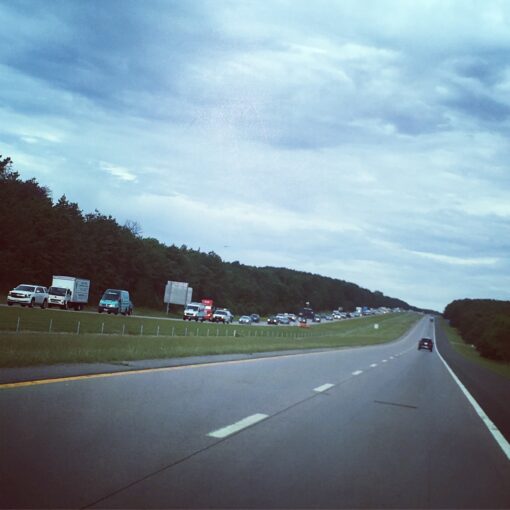 Many of both kinds of these Bad Drivers drive Range Rovers. Trust me, if you see a Range Rover (well, except for the one driven by my good pal Amy–hi Amy!) you will want to give it a wide berth. This Range Rover Driver (often a woman with blown-out blonde locks clutching a cellphone) will tailgate you and cut you off and honk angrily if you so much as slow for a yellow light.

God forbid you should wave a lawn-maintenance or pool-service truck or UPS van or any other worker-driven or locally-owned vehicle into the line ahead. Her finger could fly off from the rude gestures she’ll make with it. She’s driving a Rage Rover. 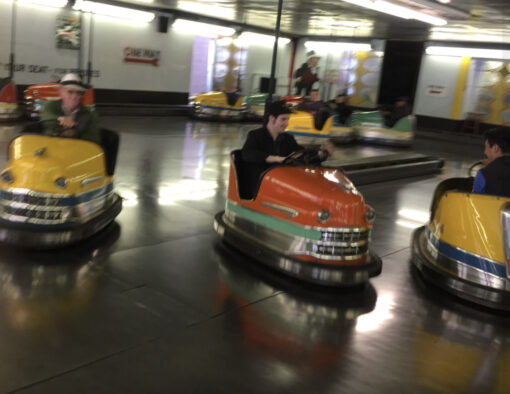 What it feels like to drive in Hamptons Traffic. Though not nearly as fun

Nosing out of my driveway into the flow of Hamptons Traffic involves a maneuver I’ve dubbed the Eff-You Queen Wave. This is where you smile sweetly and wave at the Rage Rover’s driver to get her attention as you simultaneously edge into the space in front of her zillion-dollar “beach car.” It helps if you are driving a ’98 Toyota. 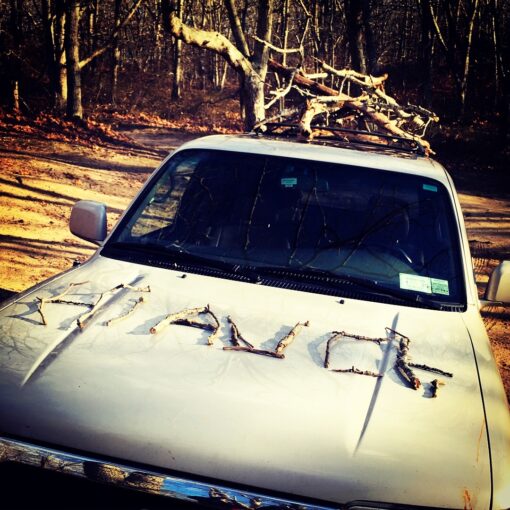 What happens when you edge your Toyota into traffic in the woods: elves might spell your name on it in sticks

Once you’ve bravely joined the flow of traffic, you must remain constantly vigilant, since the Rules of the Road have been adjusted for Eastern Long Island. Take the stop sign. Out here, that familiar red sign means “stop,” sure. But there’s no waiting for the traffic to clear before stepping on the gas. You stop — and then you go. “But I stopped,” you can imagine the driver whining to the occupant of the car she just whammed into. God forbid you’re at a 4-way stop. And the roundabouts? Spare me. 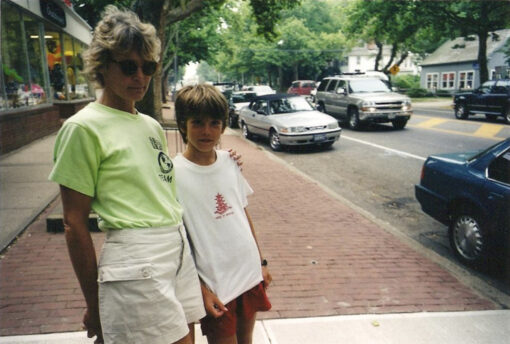 I know locals out here who not only plan every route for the back roads — which are “back roads” no more thanks to a book published several years ago by Jerry Della Femina’s daughter. (hiss boo) — but who plan routes using only right turns. Why? Because if you try to turn left, no one — well, except for other locals — will ever ever let you in. As a recent East Hampton Star article noted, “a driver seeking to make a left turn (onto the highway at a popular intersection out here) has to wait an average of 97.6 seconds in the morning, 242.3 seconds in the afternoon, and 520 seconds on Saturdays.”

One more Hamptons Driver note before I go for a nice walk (no more driving today) and that’s the fascinating inverse relationship between the age of a sports car and the age of its driver. If you see a new Jaguar or Lamborghini or some other seriously pricey car, you can bet it’s being piloted (badly) by a geezer. 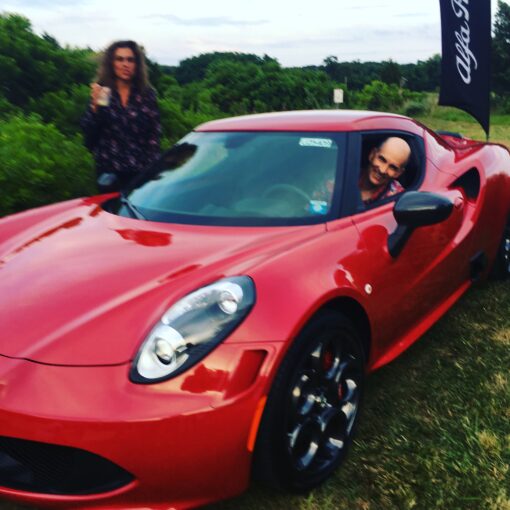 Conversely, if you spot a souped-up vintage car, like the Edsel I saw yesterday or the pink Ford Fairlane convertible I admired Saturday, you’re sure to see a driving-skills-challenged hipster at the wheel. 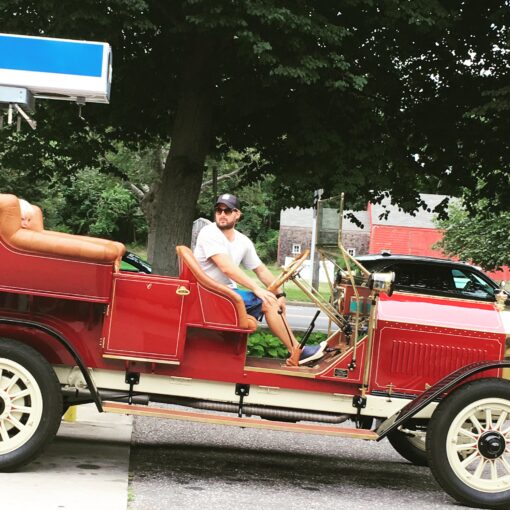 Granted, this is an extreme example of Young Guy at Wheel of Vintage Car. But you get my drift

Maybe all the young Bad Hamptons Drivers should do as The Child did and spend a year on the road driving a giant truck with a camper shell on top. She’s gone from never-drives-at-all New Yorker Bad Driver to so accomplished that she volunteers to do all the driving whenever we go anywhere.

And I let her. 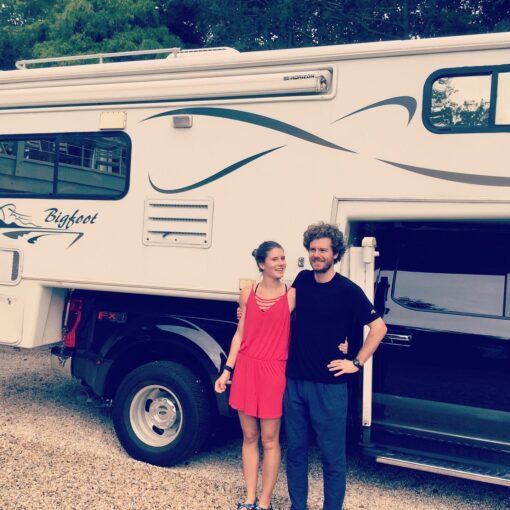 2 thoughts on “Beware the Rage Rover”