A couple of weeks ago I chauffeured The Child up to the Big Ferry at Orient Point so that she could catch the train back to Boston. (You may recall from my story “Her Personal Truck” that not only can The Child drive now, she drives an F350. But it’s not a stick, and both our cars — the “new” ’98 Toyota 4Runner, and the old ’91Honda wagon — require stick-shifting skills.) 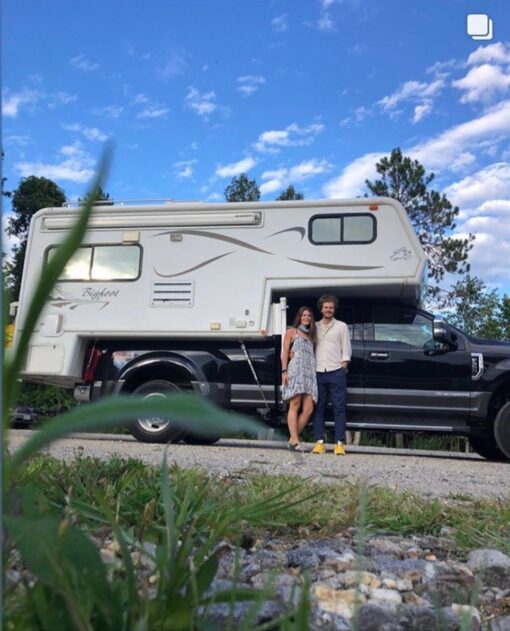 The Child and her BF pose in front of their new home. Yes, that’s a honkin’ big truck — but it’s not a stick

Anyway. The drive up to the Big Ferry is a pretty one (you ride on two little Shelter Island ferries on the way) but it does eat up a good chunk of time — it’s an hour and a half each way. To stave off starvation, I tossed a banana on the back seat.

Well. What with feeling sort of Mom-sad about bidding my one and only Child good-bye, I never did feel peckish. So when I got home I reached around to retrieve the unneeded, uneaten banana. But, instead of it being at its beginning-of-the-trip peak of tasty ripeness, now — just three hours later — it was looking rather, well, brown and bedraggled. 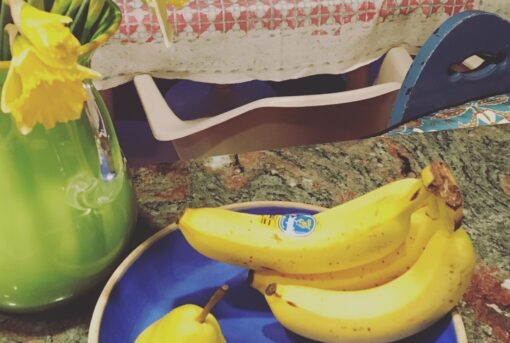 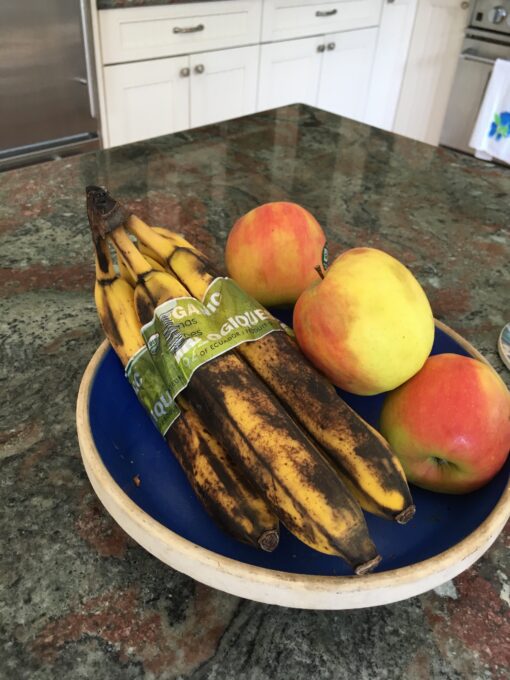 And looked more like one of these when I got back

The untimely demise of my banana got me thinking. Have I ever been able to transport a banana successfully for later consumption? I mean, I can get them home from the store okay. But I have never been able to put one in a packed lunch or in a bag of foodstuffs to transport back or forth to Amagansett — even if I nestle said banana(s) carefully on top of whatever food-transporting receptacle I’m using and don’t close the top. (A closed brown paper bag being a tried-and-true method of ripening bananas.) 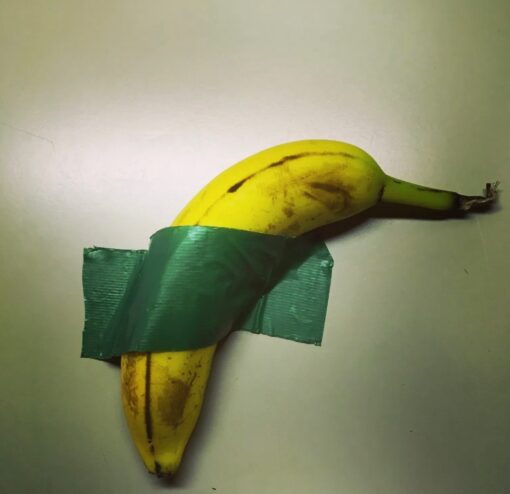 My version of the Banana Art at Art Basel. An Art World sensation that feels particularly quaint in these Pandemic Times

But, no matter what precautions I take, my bananas always look the worse for wear. Which seems to be the way things go, banana-wise. Why, I just checked, and even the banana in the infamous Art Basel Banana Installation looked, well, like it would rather be in a batch of banana bread batter than duct-taped to a wall.

So what is it about bananas? 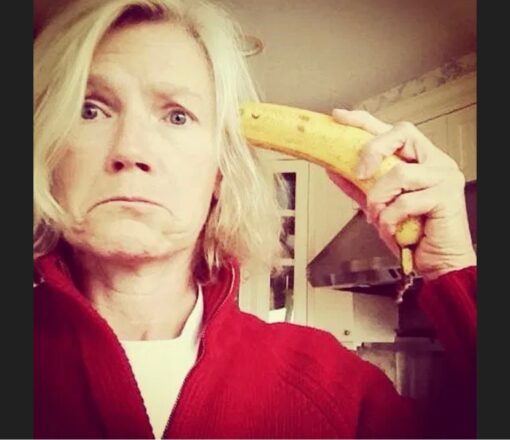 Don’t do it!! You’ll be wasting a perfectly-good perfect banana!

I know that there are certain other foods that I’m told “don’t travel well,” which is why you can eat wineberries to your heart’s content from the bushes around our house in Amagansett — that is, if The Child or The Dude’s Sister don’t beat you to them — but you cannot buy them in stores. Not even at farm stands. That’s because wineberries “don’t travel well.” 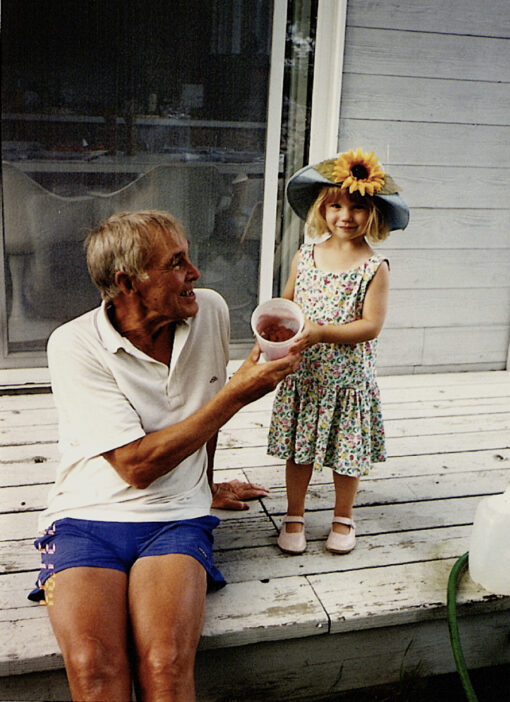 Those wineberries were able to travel from bush to Grampa Whitmore. But no further than that

But you can find bananas at stores. Sometimes even at farm stands. Though the story about the City Lady asking the farm stand hand if their bananas were “local” shows how humor travels well even if bananas don’t. Get the whole funny story here: “The Forty-Dollar Farm Stand.” 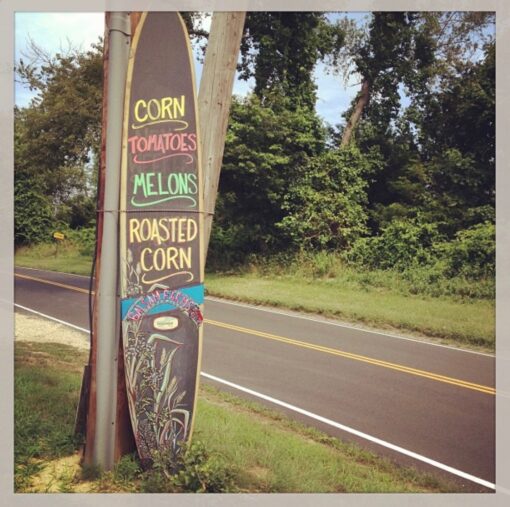 What’s not to like about a farm stand with a surfboard for a sign? Well, maybe, ahem, the prices. But they only carry what’s “local,” which means (ahem, City Lady) no bananas here!

So. How do the people who ship the bananas keep those bananas from going all spotty and black on the way to the IGA? Can’t be refrigerated trucks; banana-bread lovers who want to speed things up (like me when The Child was an Actual Child and wanted that B Bread now) know that putting bananas in the fridge makes them blacken in no time at all. 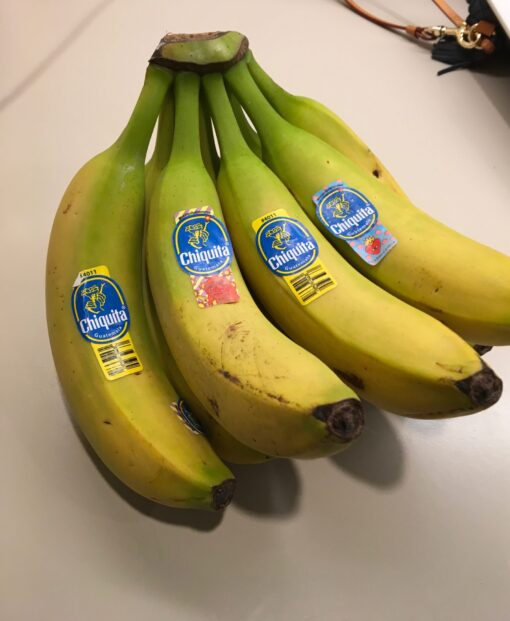 I do know that they ship them on the green side. But that can’t be the only thing they do

Speaking of banana bread, that’s what The Child clamored for when we unpacked the freshly-blackened bananas she’d carefully stowed — along with umpteen boxes of household goods — for the trip down from her now-empty apartment in Boston (those really icky ones on the right up above). I dug out my mom’s recipe, and we went to town. Here it is if you happen to have any squishy bananas hanging around. Which you probably do. 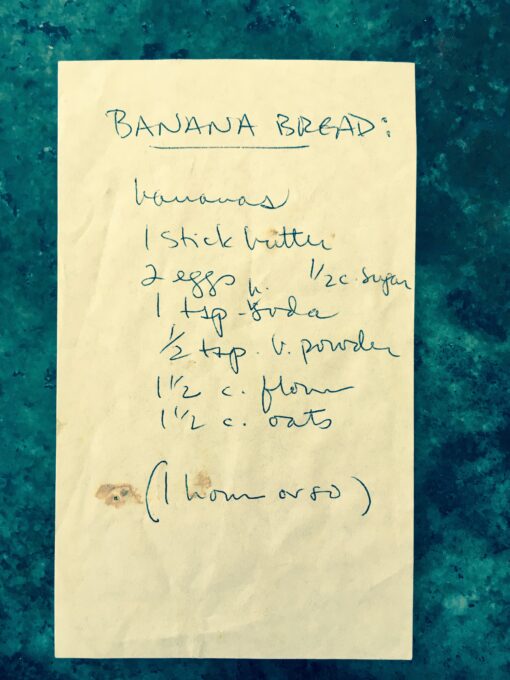 Notice the recipe just says “bananas.” We used three. But the recipe is pretty flexible. Unless you’re going to use bananas like the ones we found in Panama (see photo at the top of this post). Then you’d need, like, eight. Oh, you squish them up with a fork; I add them before the dry stuff. But that doesn’t really matter either. 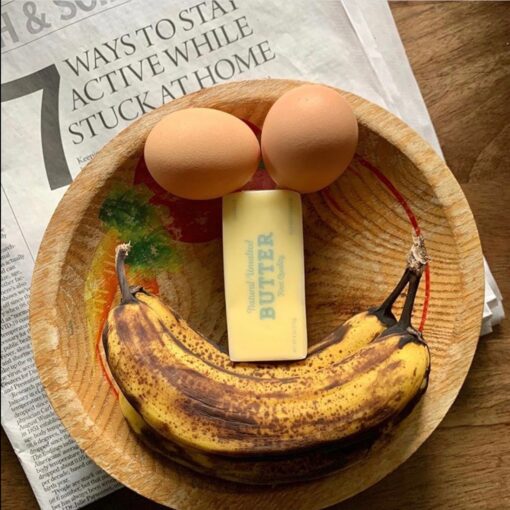 Looks like my Favorite Younger Sister was going to use two, not three. Whichever. I bet her banana bread made her People smile

But enough with the Banana Mystery. My mind is more occupied with following The Child (virtually; through Instagram) on her RV wanderings. Hey! I should have snuck a perfect banana into the kitchen of her camper to see how it fared. Would have made a nice experiment — as long as she didn’t eat the subject.

Morning in the Badlands. Maybe there’s a banana sitting on the counter of the kitchen in that camper waaaaay off to the right

6 thoughts on “Yes, we have no bananas”