‘What could possibly beat this?’

One of my best Bridge Buddies (hi, Laurie!) says she always reads my blog (thanks, Laurie!) but that she can tell when I’m, well, at a loss for words. I won’t mention specific posts, but if you, like Laurie, follow me regularly, you probably have your “favorites.” 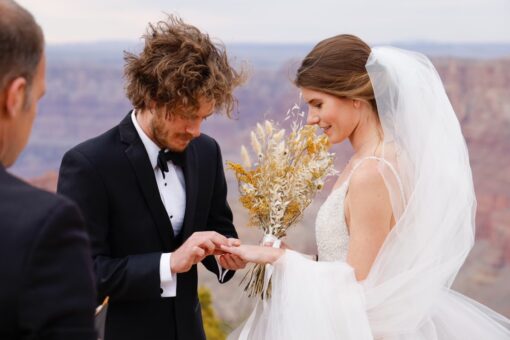 Who wouldn’t be at a loss for words? (Well, except the Bridegroom, I trust)

Last week this happened because The Child had just wed The Beau in a quickie ceremony to satisfy the immigration authorities. (See “Runaway Bride” for cinematic photos and storybook details.) I sat there at my laptop wracking my brain, then gave in and wrote about the wedding. I could literally think of nothing else. 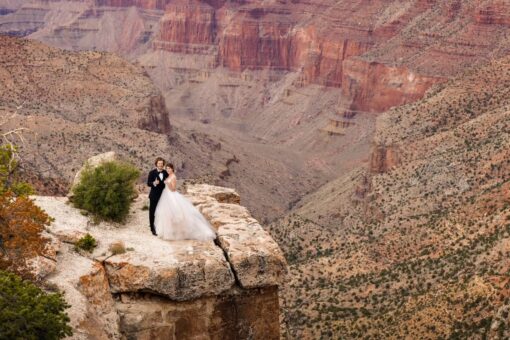 How could I possibly think of anything else? This is my brain on “wedding”

This week it’s because that story got kajillions of views and likes and comments. I’m thinking, “What can I write about now that could possibly capture your interest, O Faithful Readers?”

I’m not only stumped for a wowzer topic, I’m a day late with this story. We got home last night from five days count ’em five of birding in the Cape May area. Which may not be as exhausting as a Rim 2 Rim 2 Rim run (see “Deeds of Derring-Don’t” for a def of what that is) but, trust me, after five days of 6AM wakeup calls, nonstop traipsing through birdy fields, and (most exhausting of all) wind-down wining and dining, I was too pooped to post. 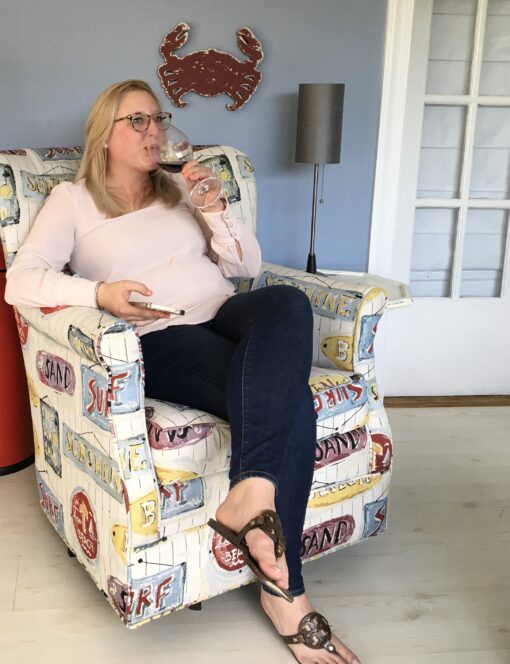 So. “Uncle,” already. I’ll write some stuff about our birding trip. But I’ll spice things up with more photos of that astounding wedding — because now I have some shots taken by the Official Wedding Photographers (who also served as Wedding Witnesses) to add to those pretty darned great cellphone shots. 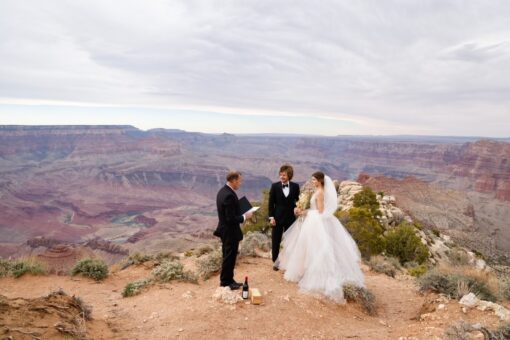 Vows on the rocks, an Official Shot — as is the one at the top of this post 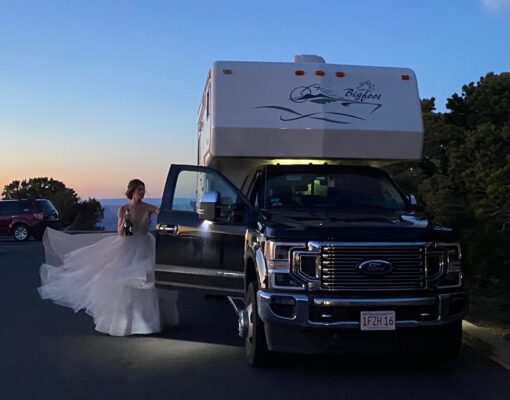 An Unofficial Photo that got rave reviews last week

But back, for the moment anyway, to our pales-by-comparison-but-what-else-do-I-have-to-write-about-this-week-so-the-heck-with-it Birding Trip. 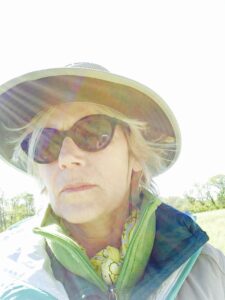 Unofficial cellphone shot of Birder Me

This is the junket we take every year (well, except for last year, drat that virus) to Cape May and environs to check out the Spring Migration. I’ll spare you birdie trivia, but trust me when I say that, for Birders, this is like Coachella and Burning Man combined. On steroids. 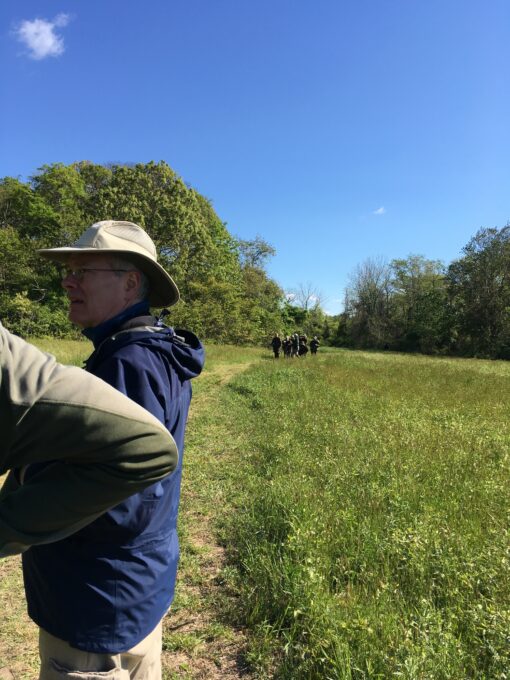 A Man Outstanding in His Field: Birder Jim hits the trail with our pack

Birders descend on Cape May in flocks, roaming the fields in their asexual mufti, stalking their prey with binoculars, cameras and spotting scopes. (For my views on asexual mufti, see “Gender Identity is for The Birds.”) 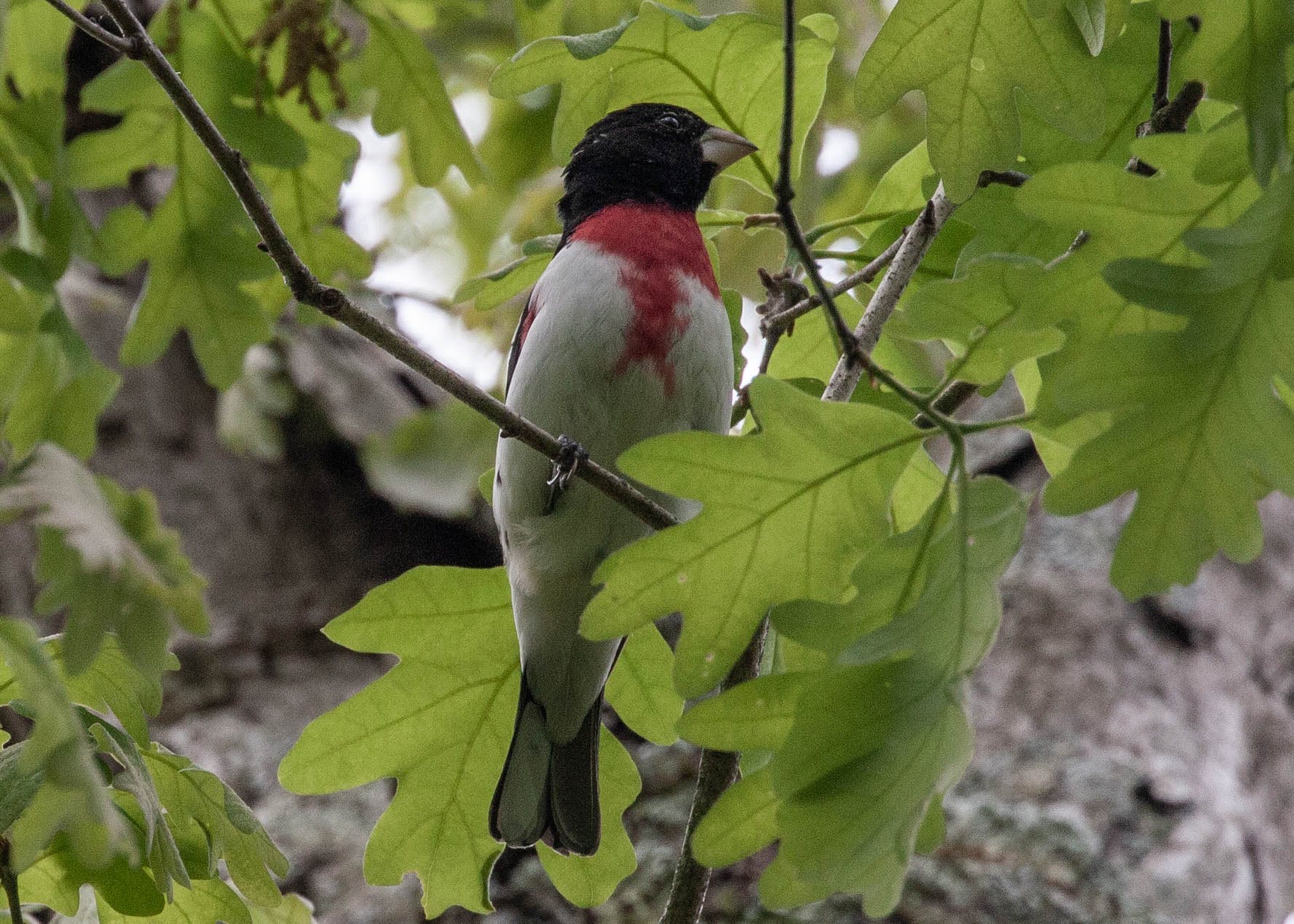 A feast for the birder’s eyes: the Rose-Breasted Grosbeak 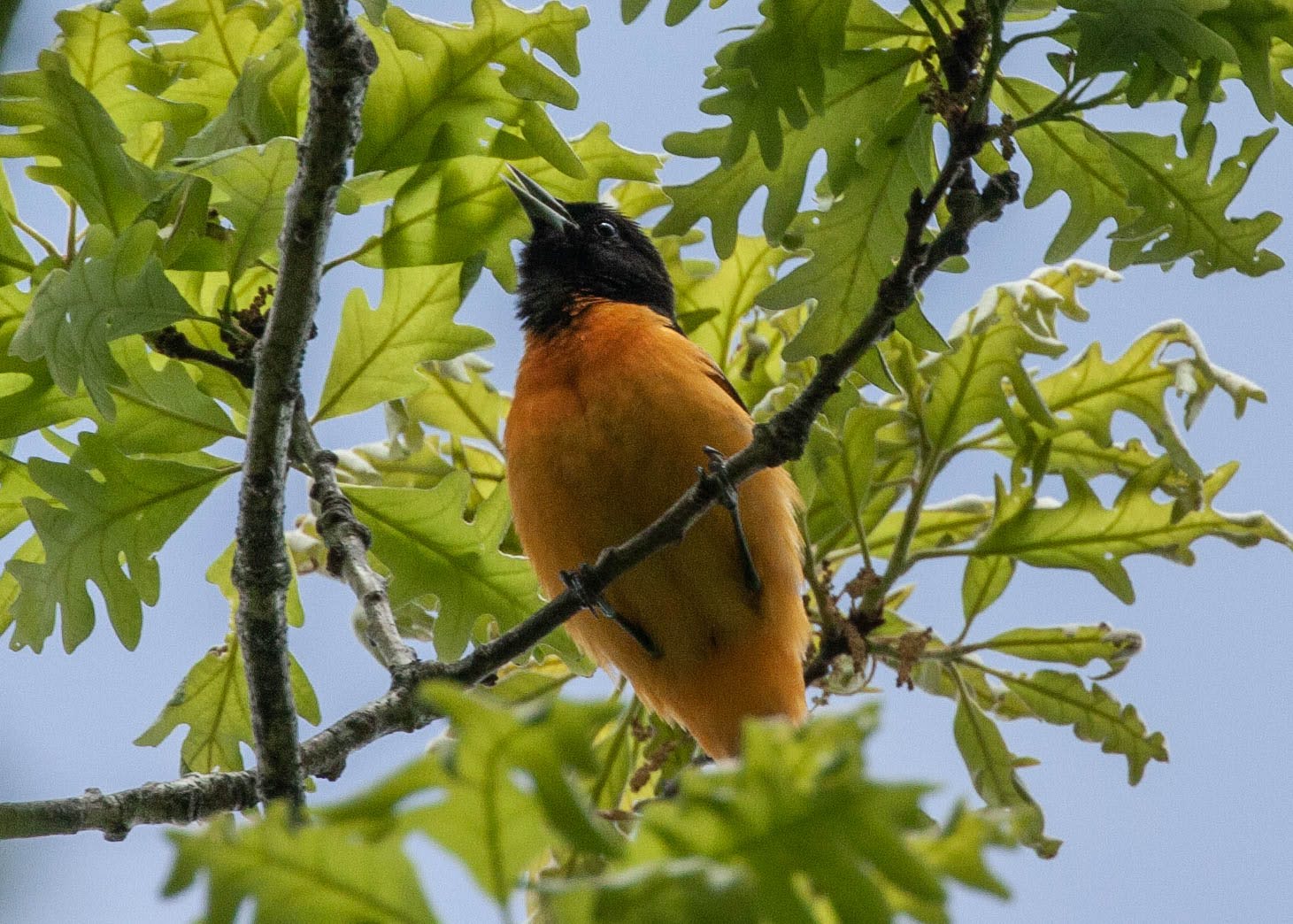 The Baltimore Oriole. Both photos taken by Birder Buzz

But the truly lucky Birders not only collect species, they collect wines, and bring them along to consume each evening while comparing lists. After which we repair en masse to a carefully chosen restaurant (one that lets us bring more of those wines) to sample local delicacies and then fall into bed sated with food, drink and sightings. 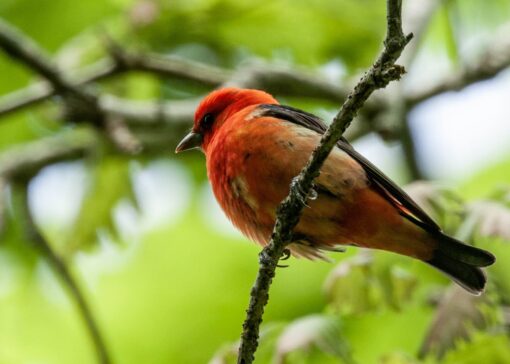 A male Scarlet Tanager. His bride deigned to be photographed

Next day it’s rise and repeat. This year, this went on for five full days, and now I’m not only fairly pickled — and stuffed like a pelican’s pouch — but every time time I close my eyes I see flight paths and feathers.

Incidentally, The Child and The Beau were all set to join us on this year’s jaunt, but another commitment got in the way. Of course, they spent their honeymoon having Adventures. Here’s a sampling: 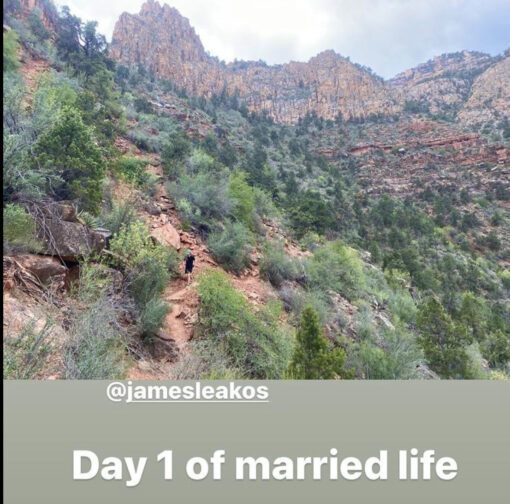 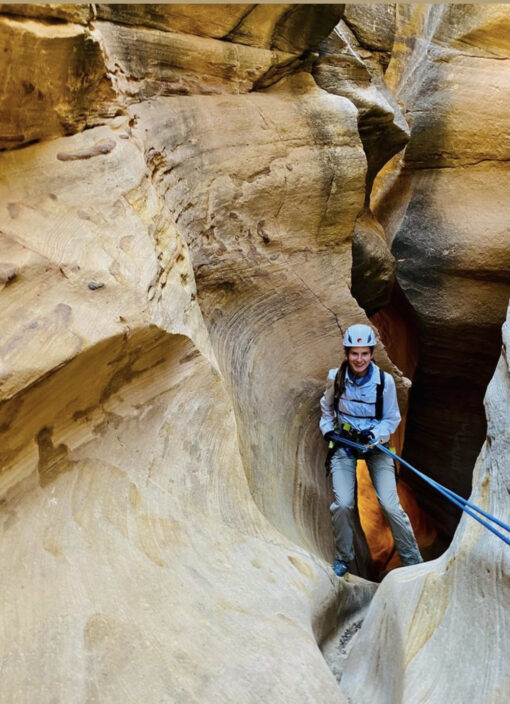 As the week went on, there was rapelling 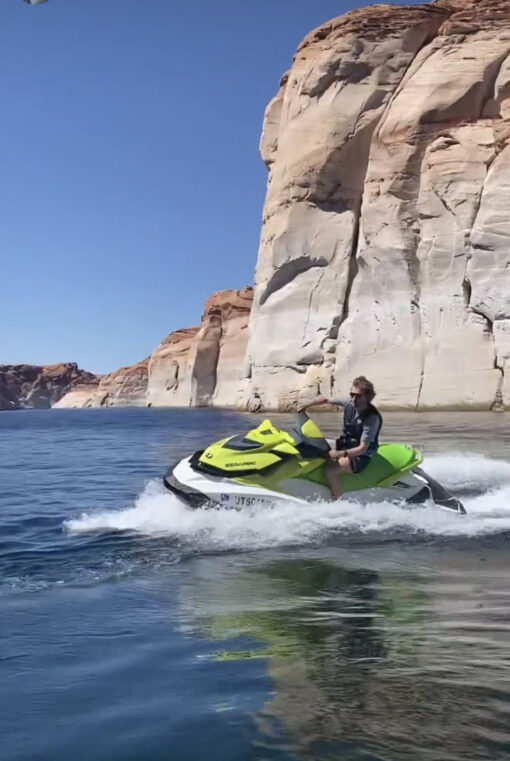 And jet skiing on Lake Powell (among, ahem, other things)

So. Enjoy these photos of birds and brides. And next week I promise to come up with something amusing that doesn’t involve either. Or not much, anyway. 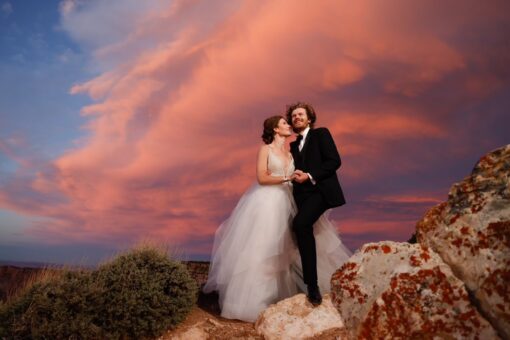 And off into the sunset they go. Actual sunset, nothing fake — just like this couple