‘Cancelled flights, skidding limos, and a surprise side trip to a Holiday Inn in Jamaica’

Somewhere there is a photo of a seven-something Child, slumped in one of those ‘exotic’-looking high-backed wicker chairs that corporate decorators like to install in chain-motel lobbies in the tropics, looking a tad tired and more than a little pathetic. The Child, not the chair. Well okay, maybe the chair too.

I can’t find the picture, and to be honest, it’s probably just as well.

It was New Year’s Eve sometime in the late 90s, and, instead of being in Bonaire as planned, We Whitmores had been shunted unexpectedly to Montego Bay, Jamaica. Where the only room to be found anywhere was in the Holiday Inn. 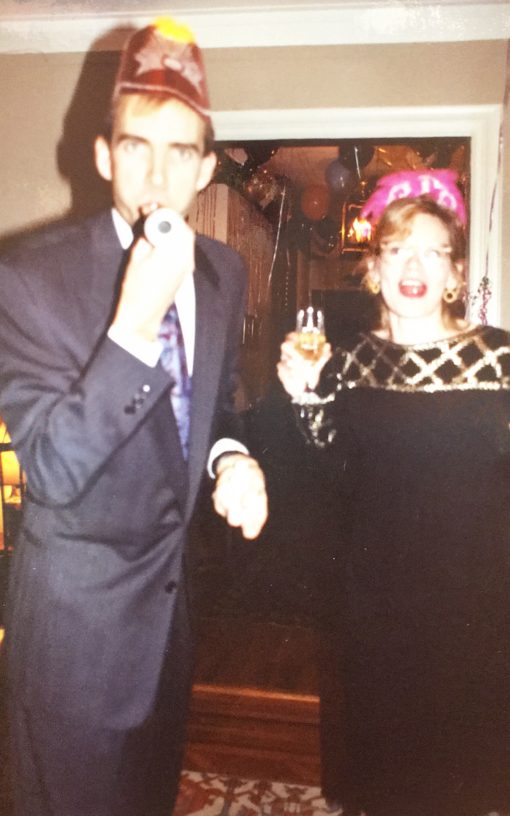 No, we’re not at the Holiday Inn. No pictures exist of that memorable New Year’s Eve. Not that I can find, anyway. Here we are, celebrating in New York City sometime in the mid-nineties

If memory serves, the whole shunting-to-Jamaica Thing was due to weather. Or maybe an Air Jamaica malfunction. Or both. Whatever the reason, we were (sort of) grateful to have a roof over our heads, what with the Holiday Crowds and all. Believe you me, that Holiday Inn was packed. And packed with families.

Families who were making the most of the all-inclusive amenities. There were pools, there were water toys, there were activities leaders. There were even young women who would braid your hair in dreadlocks. This was a very popular amenity. You have never seen so many Bo-Derek lookalikes in your life. And, trust me, most of them were not “tens”. 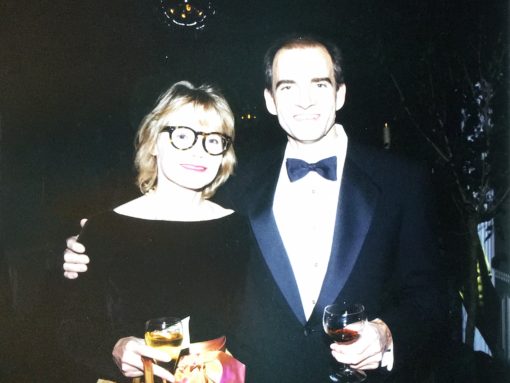 Nope, still not the Holiday Inn. Here we were at a Big Fancy Party to ring in the New Millennium

The Child and I passed on the dreads. But we were interested in the pools and eager to try out the outdoor spa. That is, until we actually saw them. Let’s just say that the requirement for showering before entering the pools was, um, relaxed. And yes, the spa was nice and steamy — but it was so full of children that it resembled kid soup. Kid soup with a nice rich brown stock, if you get my drift.

Speaking of food, “all inclusive” also meant you could eat all you wanted, as long as the food you wanted was on the buffet. And, since The Child was in her Extremely Picky Eater phase, that meant the only thing she wanted that was on the buffet was bacon. She literally ate huge plates of bacon, and bacon only, three times a day. Good thing her beverage of choice was water.

In retrospect, we should have known this trip was doomed. Even before we got shunted to Jamaica, we’d had a misfire in leaving New York City. We’d travelled all the way out to Newark Airport only to have our flight cancelled because of snow. We grabbed a recently-vacated stretch limo and slipped and slided our way back to the City in mob-boss comfort (there was a very well-stocked bar) — where we grabbed a couple of hours’ sleep, then went right back out to Newark, where we boarded our ill-fated flight to Bonaire (er, Jamaica). 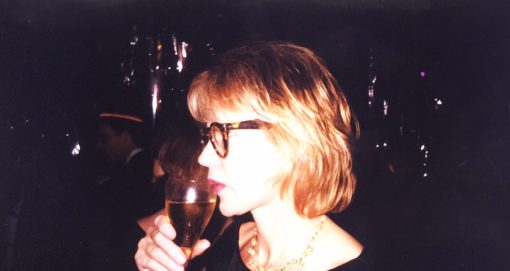 Me, pursuing my favorite New Year’s Eve activity. Nope, this was not taken in Jamaica

Anyway. Here we were, stuck in a Holiday Inn on New Year’s Eve. The Dude hunkered in our itty-bitty windowless paper-thin-walled room while The Child and I searched for adventure. It was New Year’s Eve, for pete’s sakes! And adventure there was — Jaws III (right up there with the worst movies ever made) was playing on big suspended screens. (There was no sound, but it really didn’t matter.) As for sound, that was the year of “Who Let The Dogs Out”, (which Rolling Stone ranked at number 8 on a “worst songs of the 1990s” poll) and all you could hear was a joyful sort-of-melodic barking while a big conga line snaked around the grounds. Yes, we joined it. 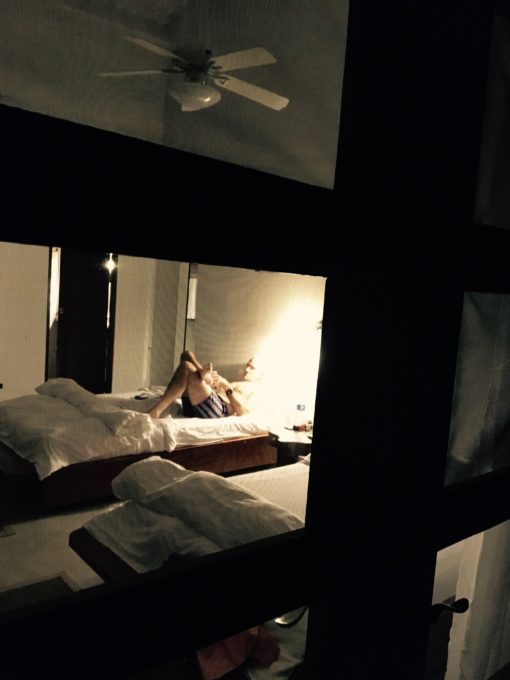 The Dude spends another New Year’s Eve in another room, another trip. As you can see, he still prefers to hunker

I’ve forgotten exactly what happened at midnight, except that it must have been fairly G-rated, since there were so many dreadlock-bedecked children participating. I do recall sipping from a plastic cup of “champagne” while wearing a funny hat and yelling “Happy New Year!” 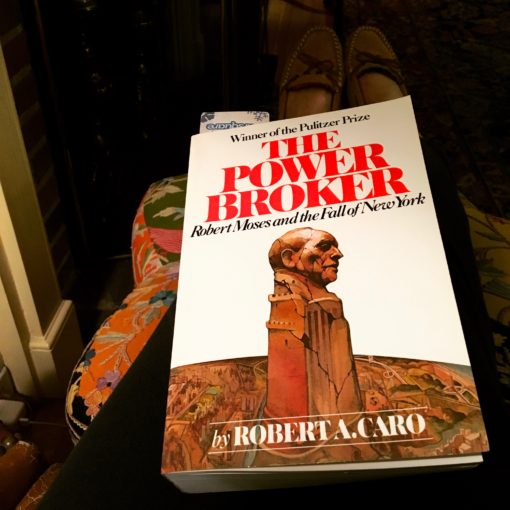 New Year’s Eve adventure, 2018-style. Yes, I did have some champagne. And yes, I did stay up till midnight

When we two Celebrants returned to our room, we found The Dude curled up in bed, his head stuffed with ineffectual earplugs, trying to ignore the whooping and hollering of all our neighbors. Fat chance. There was a party going on.

Next day, we were able to make our way to Bonaire, our intended Holiday Destination — where there were no dreadlocks, no dog songs, and not even any bacon-laden buffets. 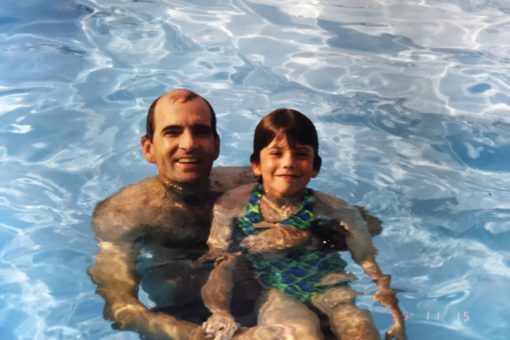 Aaaaaah. A conga-line free pool — and with nice clear water at that

Since that ill-fated Eve, we’ve spent very few New Year’s out of the country — or even out of the house, for that matter. But we’ve enjoyed each and every one.