‘Discovering the Pole, without the Polarfleece’

Well, Snowmageddon was kind of a bust, at least here in New York City. But the wannabe-blizzard yesterday, during which I toasted my toes by the fire while reading Hilary Mantel (er, did loads of housework), did remind me that I promised to write about the South Pole. (See ‘Who is Lutheranliar?’)

See, I’m fascinated by the South Pole. I just love to read about those wacky Englishmen and Norwegians who duked it out trying to be The First to the Pole, oh about a hundred years ago. And I actually got to visit the Scott Polar Institute on the Dude’s and my trip to check on (er, visit) the Child in Cambridge last year: 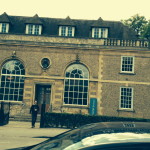 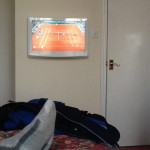 Exciting Cambridge Experience No. 2: watching the French Open in our room

It’s funny, though. When I tell people about my fascination, they invariably ask me if I want to go to the South Pole. No way! It’s really cold in Antarctica, and pitch-dark most of the time. And getting there involves being on a ship. Which of course would be on the ocean. Where scary creatures swim and rogue waves roam. Deal-breaker.

But for some reason the idea of Victorian-era guys risking their noses and toes, not to mention their lives, while searching for a basically imaginary and/or arbitrary spot in the middle of a frozen continent — and doing it without benefit of modern technology — well, it intrigues me. It’s like when I think about the pioneers in the covered wagons traveling West day after day after day without Hojo’s or a GPS or even sunglasses.

Those squinty-eyed folks on the Oregon Trail were looking for new homes. The South Pole Guys were looking for glory. Some, like Scott, said it was for ‘science’, but they can’t fool me. Would ‘science’ get thousands of men to answer this ad?

Early example of Truth in Advertising. At least Shackleton called a spade a spade.

Well, maybe. If they were Friends of the Child, perhaps. But back to those cool (pun intended) polar explorers.

Shackleton was, like, this close to Antarctica when his ship, the Endurance, got stuck in the ice. Then, it got crushed like an eggshell. His men camped out (on the ice!) while Shackleton and a few volunteers sailed 720 miles (in a teensy open boat!) to get help. The boat made it to some godforsaken island, where Shackleton had the guys make camp on this windswept unprotected gnarly beach (under that same teensy boat!) while he went for help — again.

What would you do if your ship was stuck in polar ice? Why, play football, of course!

Take me, Mr. S. Take ME! I really want to sail 720 miles in this teensy open boat with you.

So Shackleton and two other brave crazy nuts climbed a mountain range, slid down a snowy peak on their butts in the pitch dark, wandered into a whaling camp, (frightening the whalers half to death), then sailed back, picked up the guys on the beach, then sailed back to the ice floe to get the rest of the guys shivering away next to the crunched ship. Whew. Oh, and guess how many men he lost? You got it: not one guy.

So anyway. Captain Scott. He was a Major Hero because he made it to the Pole, in spite of the Second-Place bit and the dying part.

Scott (standing next to Brit flag) and team looking rather chagrined after finding the Pole, but also finding that Amundsen got there first.

But today, you’ve got your debaters. Was it a good idea to take ponies (with their thin coats and skinny snow-poking hooves) as pack animals? Was it smart (or ‘scientific’) to schlepp a sled full of rocks when the guys were tired and short of food? And then there’s the thing about the skis and the sled dogs.

See, the Norwegians (led by Roald Amundsen) used both. They basically whipped the Englishmen’s butts and got to the Pole first by skiing (they were very good at skiing), letting the dogs pull the sleds (instead of getting super-tired doing it themselves), and then eating said dogs on the way back so they didn’t starve to death (which is, basically, what happened to the English guys).

The English thought using sleds and dogs was cheating. Sort of like using a calculator during a math exam. And eating dogs? Don’t even go there.

So what if the English didn’t make it there first. Most people agree that their stories are pretty darned interesting. I mean, these are guys who wore Burberry coats and packed champagne and chocolate, marmalade and tea — to hike across Antarctica! (What would Cheryl Strayed think of that?)

Don’t wait for the next Snowpocalypse to check out some of these guys and their stories. If reading the spines on this shelf of books makes you even squintier-eyed than the pioneers on the wagon trains west, let me know and I’ll make a list. Right now I’ve got to go deal with that housework I’ve been putting off. 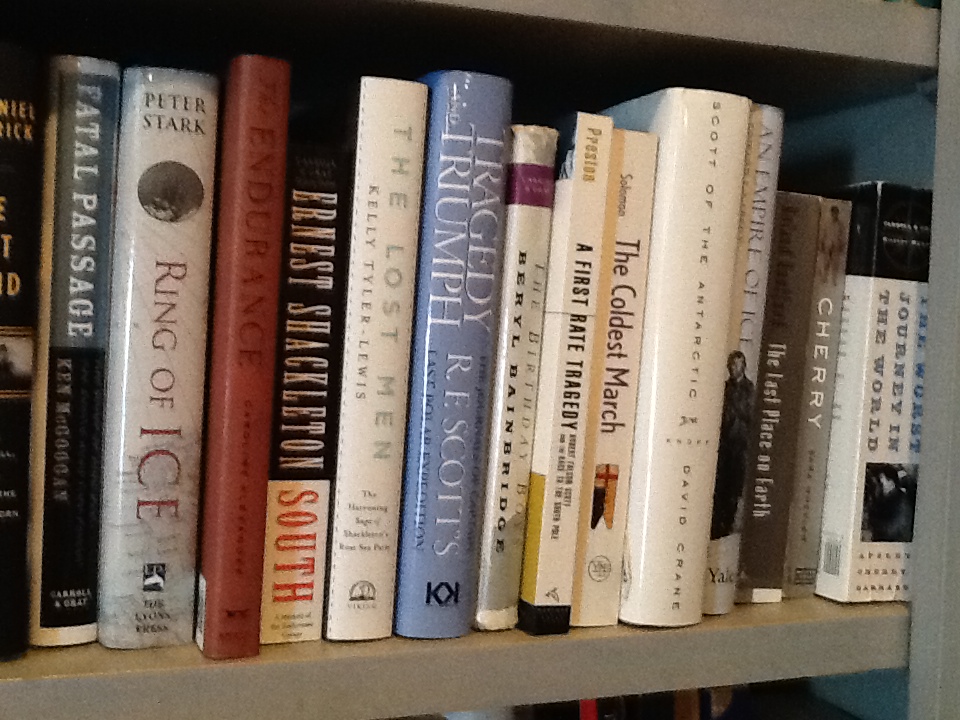 Some of my South Pole books. Ask nicely, and I might let you borrow one. Or at least give you a list of the titles and authors.

Oh, and as for what foods these books would be, according to my Food Theory of Books, described in ‘Tolstoy is so tasty’? Since I think they are absolutely delicious, I’m going for a frozen dessert, like maybe a FrozFruit Bar. Or perhaps pineapple upside-down cake.

4 thoughts on “The (South) Polar Express”