‘No one knows — because no one has ever tried.’

Some time ago (in a piece called ‘What’s Not To Lichen?’) I wrote about stuff that families find funny. (Usually, but not always, it’s only the people actually in that family who find these things funny.) Sometimes, like in the Henry Clan, it’s bad puns. My Grampa Henry had a whole collection of particularly-awful puns. Plus dirty limericks. He wrote one once about his gall-bladder operation. He survived; fortunately, the limerick did not. 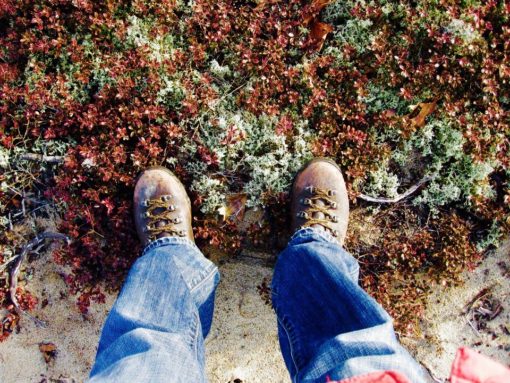 Me. Doing stand-up in a bed of you-know-what. Check out ‘What’s Not To Lichen?’ for more punishment (er, examples)

Besides awful puns (and sometimes limericks) there’s usually a set of inside jokes — groaners that never fail to amuse, at least when told (and retold) within the confines of the family itself. I don’t know how many times I’ve heard “How many dead people are in that graveyard?” (Answer: “All of them.”) I know, I know. If you can stand it, a good selection of both Henry and Whitmore specialties can be found in ‘Kangaroo Walks Into A Bar’. Just don’t take a sip of coffee before you read it; there’s a Whitmore urology joke that’s killer.

Sometimes this funny family stuff can’t be categorized as a pun or a joke or even a limerick. Sometimes what’s funny just is.

Take gazebos. For some reason, if you’re a Henry, the mere sight of a gazebo is sure to crack you up. (If you’re not sure what a gazebo is, you can click here or just look at the photo at the top of this post.) If a Henry sees a gazebo, and points it out to a fellow Henry, both burst out laughing. If there’s a non-Henry along, he/she can look a bit baffled. END_OF_DOCUMENT_TOKEN_TO_BE_REPLACED