‘How to make the world’s best brownies, bar none.’

I’m seriously distracted today. The Wayner and I are considering “downsizing” from our Manhattan home of nigh-on twenty-five years to a place that just became available in a highly-desirable building nearby. It’s adorable, filled with light; all the clever original casement windows face a gorgeous private garden. And so on and so forth.

The issue? It’s so small (the kitchen is six feet by six; but at least it has a kitchen) that moving there would take a major attitude adjustment, not to mention a pruning of possessions so majorific it would make Marie Kondo‘s head explode. 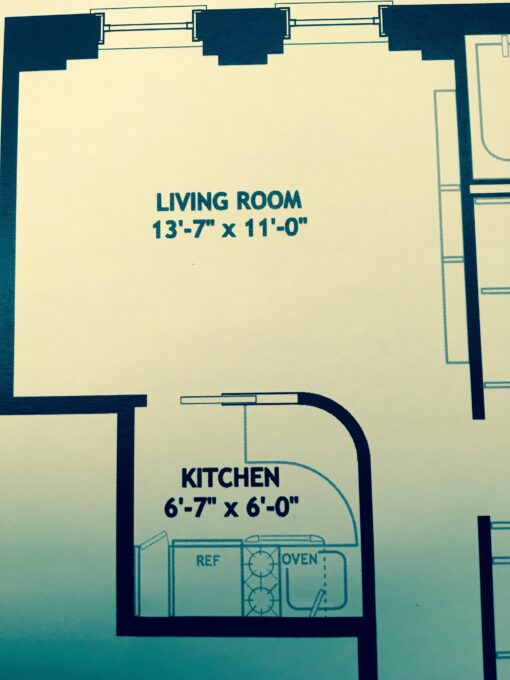 Eeensy-weensy isn’t the half of it

Let’s make a batch of brownies, by gum! Nothing is easier — or more soothing. I have a foolproof method (it’s so simple, I hesitate to call it a “recipe”) that I’ve used even longer than The Dude and I have lived in this (sniff) apartment. It’s sort of adapted from an old Maida Heatter cookbook I have lying around somewhere (and will soon be donating to some library or other). 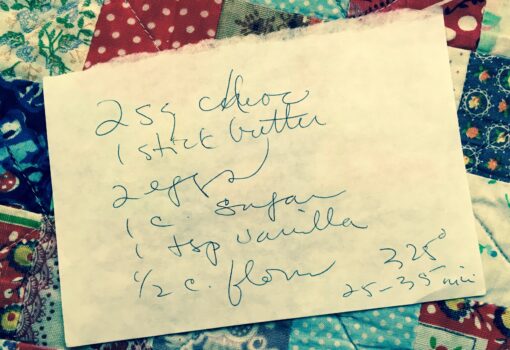 Here’s the recipe written down for somebody-or-other. Don’t worry; I will “translate”