Last night at dinner I sat next to the only other graduate of the University of Missouri School of Journalism in New York City. Or at least the only one I know about. (Hi, Kim!) Incidentally, that’s me at graduation from the U of Mo in the photo at the top of this post. I don’t know where Kim was. Actually, I didn’t know Kim at the time; it was a big school.

Kim and I traded a few stories about some of the professors there — Hi, Mr. Dobbins, if you’re still smoking your pipe and pontificating! — which reminded us of the old saying “Those that can, do; those who can’t, teach” and got me to thinking about my start in advertising way back when. 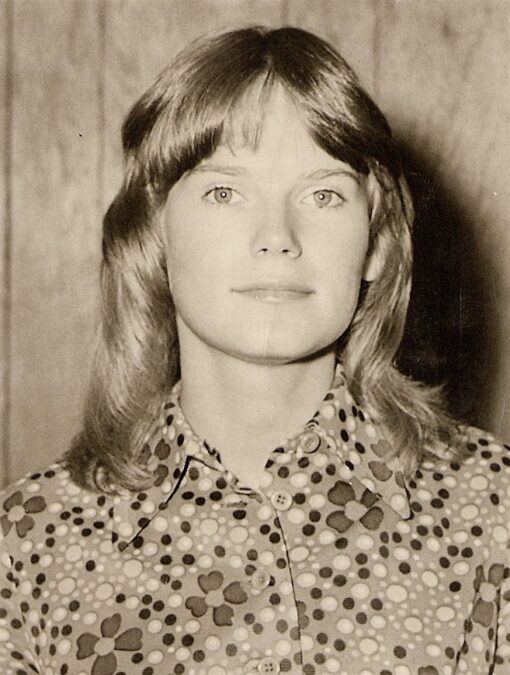 This is me at my Actual First Job, which was at my hometown newspaper, the Carlyle Union Banner. You can read about this in “Those Were Banner Days Indeed,” if so inclined

I touched on my first ad job last week when I wrote about the contortions some men go through to disguise their balding little noggins. (See “Hair Hacks of the Follicly-Challenged” for some crazy examples.) One of the guys I mentioned was a KC adman named Bud Bouton, who sported a style we Youngins at the agency dubbed “hair topiary.”

Bud was just one of many colorful characters I remember fondly from Barickman Advertising, where I snagged my first agency job. There was also Cleota Dack (who I called “Miss Tadack,” since I’d never heard the name “Cleota” before) and Doris with the bad wig and the art director who drove a Karmann Ghia and painted a picture of a window for my first (windowless) office. And, of course, Mr. Hoffman, my boss.

Mr. Hoffman was a Lou Grant type who kept a bottle of something brown in his desk drawer and who, when I told him I was accepting another, bigger, job in Kansas City, said not to waste my time but to go to New York. (He had been a New York City copywriter at one time.) Eventually, I took his advice. (See “Take a Letter, Miss Henry” for the story.) 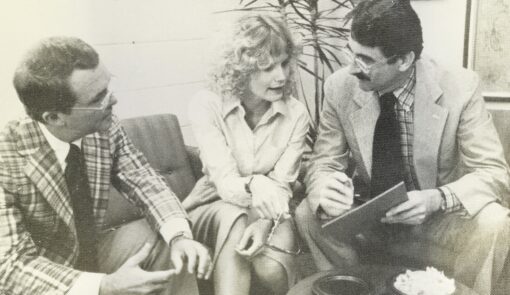 Me looking all creative-directorish at the job Mr. Hoffman told me not to take

But back to my first ad job. There is something very heady about first jobs. The whole idea of putting in the work and getting paid for it. Hanging around with a bunch of equally fresh-at-their-jobs twenty-somethings is, of course, pretty heady stuff too. 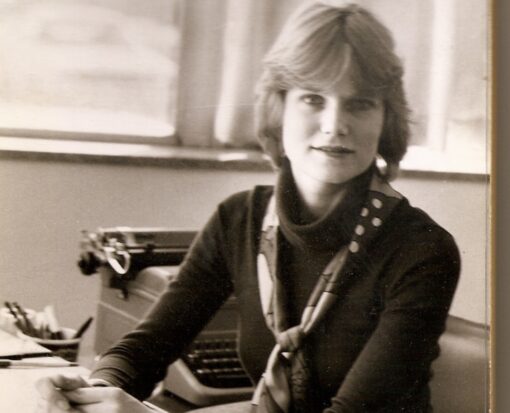 Sadly, the only photographic evidence I have from my first job is this shot, taken after a promotion that scored me a real window

We Youngins hung out together. There was Larry, a Black guy who started in the mail room and graduated to copywriter. There was Tory, who lived with an ex-Radio City Rockette who could kick so high she could knock herself in the forehead. Tory’s dad worked for a paint company and named a shade after him: Tory Blue. Oh, and there was a rather scandalous girl, Dana, who wore a cape so she could bestow sexual favors in the car on the way to lunch.

Speaking of lunch, we Youngins ate together almost every day. At the health food place where the servers all lived in a yoga commune — and where Mike the Art Director liked to refer to the dessert as “monkey c*m” — or the Greek place where they served the fish with the head still on or at Arthur Bryant’s Barbecue, where the guy who made your sandwich left four fingerprints in the bread because he was missing one. A finger, that is.

We also goofed around and pulled pranks. (See “Pranks for the Memories” on the joys of prank-pulling.) At Barickman, we liked to tease this one girl whose name I cannot recall — perhaps because she didn’t use her own name, but referred to herself as “BK” (“Boss’s Kid”), which she was. She was also as annoying as you probably think she was.

Oh yes, we worked too. I started by writing “donuts” for Safeway radio commercials. “Donuts” are the “holes” in the middle of an otherwise canned spot where the copy says, “Chicken breasts 89 cents a pound” or some such. I worked on Philips Petroleum, writing ads for the stuff they put in natural gas to make it smell like “gas.” And I wrote for Fleischmann’s Yeast, which is the job that took me to New York for the very first — and fateful — time.

But enough. Going down Memory Lane can be a long winding road indeed. If you’re still out there, Larry and Tory and Mike and Dana, I hope you’re enjoying lunch. And Dana? I sure hope you wisened up and ditched the cape.