I don’t know about you, but I’m one of those people who simply has to make her bed every morning. I make my bed if I’m running late for bridge class or if I’m leaving to catch a plane. (Of course, I’m never late catching a plane; I’m also one of those people who leaves for the airport hours before her flight is due to take off.)

If I don’t make my bed I feel itchy and uncomfortable all day, kind of like I forgot to brush my teeth. Even when I was single, and nobody else was going to see my bed (hahaha), I couldn’t leave home without making sure it was all neat and tidy. Yes, I’m one of those people who has been known to make the bed in my hotel room.

I’m not alone in my bed-making mania. Some ex-Navy Seal even wrote an inspirational book called, I kid you not, Make Your Bed.

Funny story. When The Dude and I started sharing a household and its chores, we decided that whoever got up last would be in charge of making the bed. (Come to think about it, it would be sort of hard to do it the other way around.) 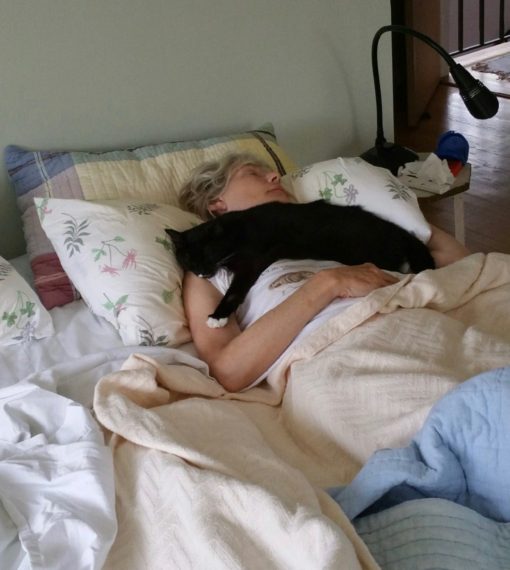 Whenever the task fell to Mr. Dude, I would marvel that a person who was so neat and tidy in so many ways — and a doctor, at that — would make such a lumpy bumpy mess of making the bed.

So one morning I got him to show me his technique. I’m standing there, and there he is, lying in bed, on his back. I expect him to get out and make the bed, already. But no, he starts moving his arms and legs like he’s making a snow angel. He does this a few times, and then sort of slips out from under the covers sideways. Done!

“You’ve got to be kidding. That’s not how you make a bed!” I manage to snort through gales of laughter. “Well,” he snorts right back. “That’s how I’ve made my bed my entire life, and I’m not changing now.”

I’ve made the bed ever since.

Anyway. The Child must have taken after Dude Man, because she has never ever made her bed. This lack of basic good housekeeping skills doesn’t seem to have hindered her self confidence or her stellar trajectory to Millennial Overachievement. Looks like you don’t need to make your bed to make the Forbes Magazine 30 Under 30, Mr. ex-Navy Seal. 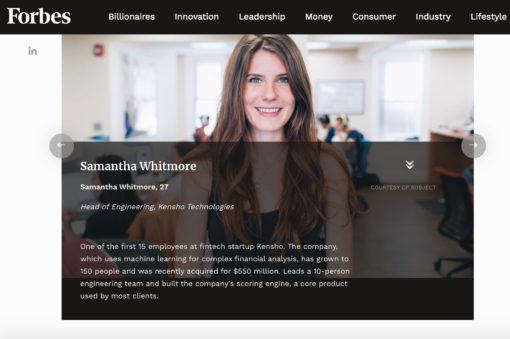 Well. In spite of the fact that she’s turned out A-Okay, I have to admit that, when she comes home — which is fairly often, since business and/or friends have her boomeranging back to New York every few weeks — well, that unmade bed can start to, well, rankle.

Even if she keeps her door shut, I know it’s in there. And after she’s left for the bus or the train or the plane and I peek inside? Sure enough: bed, unmade. Everything else in the room can be fairly tidy, and, since a rather unfortunate college-days incident involving, among other things, coffee grounds dripping down the side of a countertop, she’s always left the rest of the apartment just the way she found it. But that unmade bed? Sure to get my goat every time. 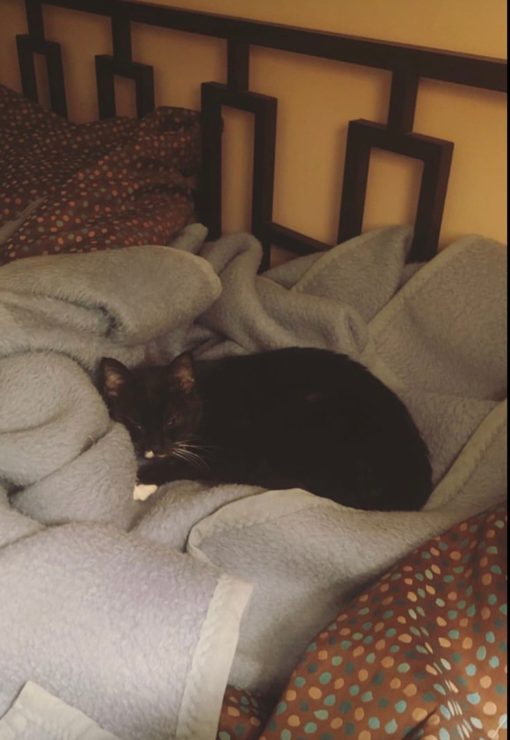 Does that unmade bed get The Child’s goat? Nope, and not her cat, either

Until last week. The Child had left for the train unusually early, after which I checked her room: unmade bed, per usual. Big sigh. I had just about decided that I’d have to have a Little Talk with her (maybe citing Mr. ex-Navy Seal), when this text exchange happened: 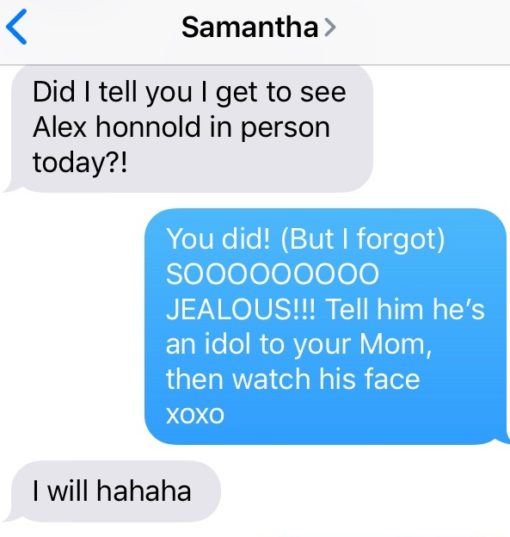 Now, just in case you don’t know, Alex Honnold is that guy who scaled El Capitan without using ropes or picks or anything. 3200 feet using just his fingers and toes and, gosh, guts. The Dude and Child and I saw the movie together — it’s called Free Solo, and deservedly won the Oscar for best doc. (Go stream it as soon as you can.)

Well. I have a serious Mom Crush on Alex, who was, in fact, appearing at The Child’s climbing gym that very day. But, instead of just cadging a selfish old selfie with Mr. Free Solo, just look at what that dearest of children went and did: 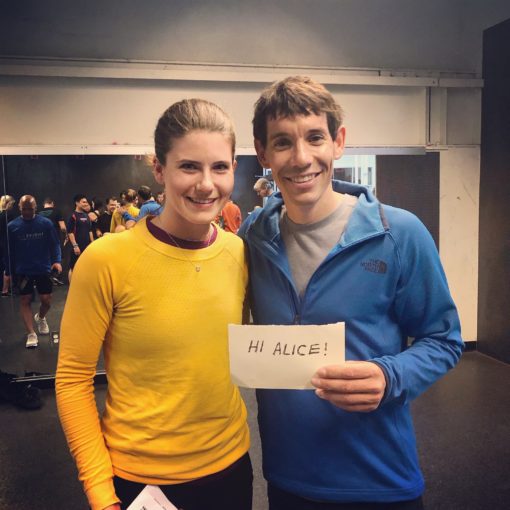 Forget the neat bed. This is what “thoughtfulness” looks like (!)

So. Making your bed? Highly overrated. It’s those Random Acts of Kidness that really make this Mom’s day.

21 thoughts on “Random Acts of Kidness”