‘And we both sit down on the bed first’

I’m not all that cagey about revealing my age. Though it does bug me to be asked. Usually, unless the person asking is a government official or someone hinting that I deserve the Senior Discount, I just smile and say that I’m old enough to remember when Sir Paul was a Beatle. They get the idea. And I get the discount.

Note to Young Persons in Positions Serving the Public (movie ticket sellers, museum fee gatherers and the like): if someone wants the Senior Discount, she will ask for the Senior Discount. MoMA won’t make any new Friends if you suggest that discount to someone you in your dewy-eyed wisdom deem eligible. Trust me; I know whereof I speak. 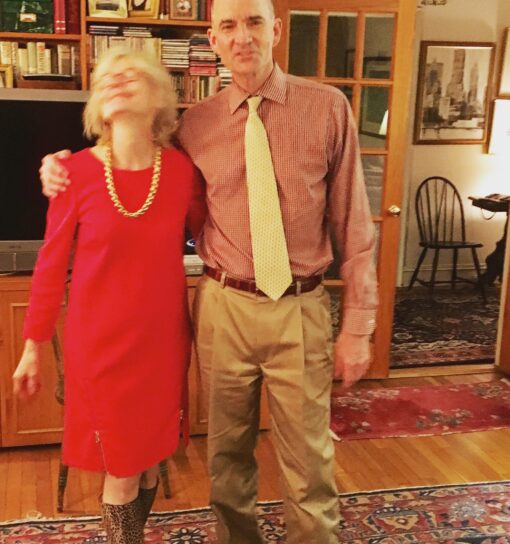 The Dude and me on a recent tights-wearing occasion. It was me wearing the tights

But back to Queen Elizabeth and me. You know that old (speaking of old) saying, don’t you? The one about The King of England and the lowliest commoner both putting their pants on one leg at a time? Well, I realized last Tuesday that I am now just like Her Highness, at least in the Getting Up There Department. Because, when I put on my tights, I sat down on the bed first.

Yes, instead of executing that gracefully nimble and easy-as-pie-without-even-thinking-about-it balance-on-one-leg-like-a-stork thing that I’ve done all my life, I thought, “Hmmm, do I really want to fall?” Even worse — “Do I really want to fall with one leg wrapped in the leg of a pair of tights?” The picture I’d present to the arriving EMTs was all too vivid. 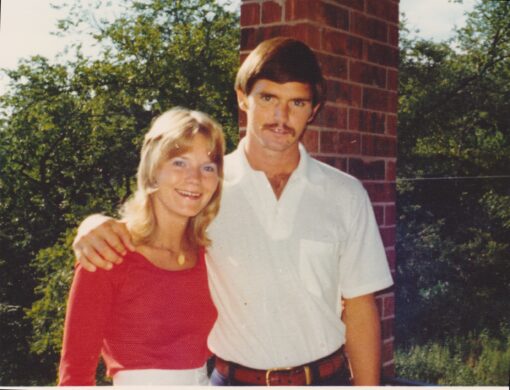 Me, with Starter Husband, back when I had no problem at all putting on tights. But it doesn’t look like I put them on that day. Or much else under my clothes, come to think of it

Now, to be fair, for all I know the Queen of England doesn’t put on her own tights at all — maybe she has, like, a Lady of the Tights Chamber. Or something. But if she is a tights DIY’er, I’m betting she sits down first.

Sigh. It’s bad enough that I’ve started holding the handrail when I go up or down the subway stairs. Why, it feels like just last week that I carried a woman’s baby stroller down the steps for her. (Actually, it was last week; I couldn’t hold the handrail, but I was able to sort of brace myself against it with one elbow while carrying said stroller in both hands.)

It’s not that I’m weak or anything. (See stroller carry, above.) I walk for hours every single day of my Manhattan life. And carry all kinds of stuff around with me besides strollers. The Dude and I go hiking in the Amazon rainforest, for pete’s sakes. Of course, Wayne says we do this “while we still can,” which kind of puts an elderly spin on our jungle traipsing. 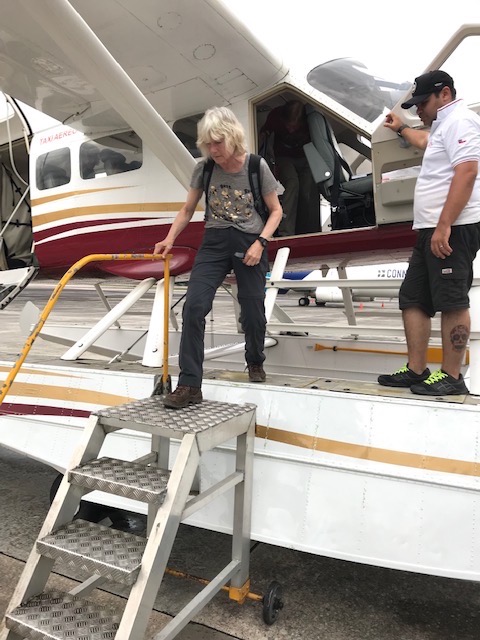 I’m still nimble enough to scramble out of a seaplane, thank you very much. Of course, this one’s on the tarmac, not the water. And note: I am indeed holding that hand rail

Speaking of The Dude — and falling — he most definitely was not put off by all the grab bars in the bathrooms of the Ken and Barbie House. (The guy who lived there was about as old as the Queen of England. I don’t know if he wore tights or how he put them on, but he sure did install a lot of grab bars.) Nope, Dude Man was digging the grab bars. “We can pretend they’re towel rods. Then they’re there when we need them. Aging in place, you know.” Urk. 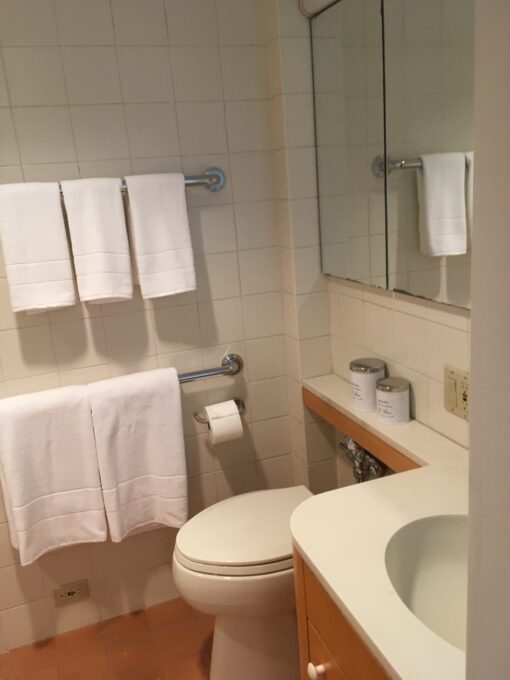 I hate to admit it (especially to The Dude), but it’s not that I’m weak. It’s that I’m afraid of falling. Falling on subway steps. Falling on slippery sidewalks. (You should see me on icy days scooting along, doing that Old Lady Shuffle.) And now — falling while putting on tights.

Which makes me feel — yup — old. As old as the Queen of England. Excuse me. I’m gonna go find my crown now. It had better not be on a high shelf. ‘Cause I’m afraid of falling off my stepstool. 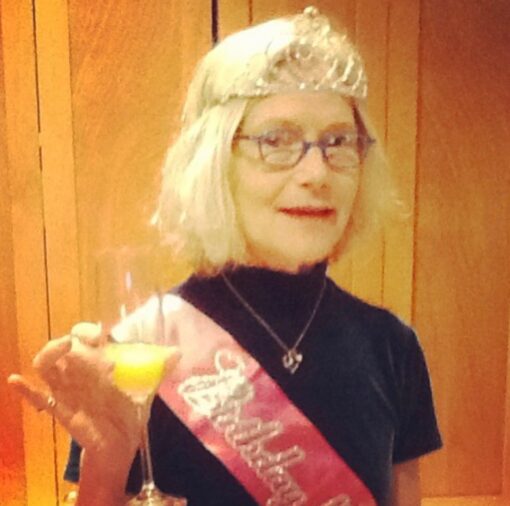 Me (not the Queen of England) wearing my crown the first year I got it. From my sister, on a birthday. Just don’t ask which one