‘The Dude makes a sartorial splash’

I’ve written before about how Dude Man has a purely functional attitude toward clothing. If it “fits” (and by this he means he can’t tell he’s wearing it, not that it actually fits) and if it “does the job” (keeps him cool or dry or warm or covers his manly nakedness) then whatever he’s got on is a great outfit. 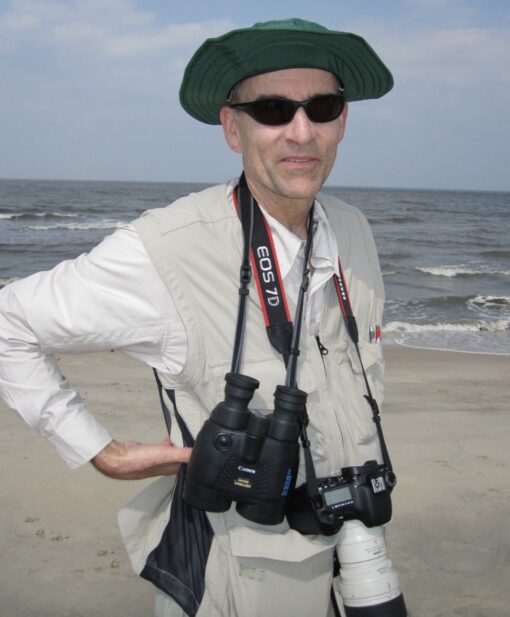 Hat to protect head: check. Long sleeves to protect arms: check. More thought goes in to the gear around his neck than to the rest

(My story from a few years ago called “Clothes Don’t Make The Dude” is worth another look — if only for the miner’s-light-on-the-jitney anecdote alone.)

He doesn’t really care how he looks in clothes. Which, after dating a guy who organized his closet by color and sneaked glances of himself in every mirror or store window he passed, I found rather refreshing. 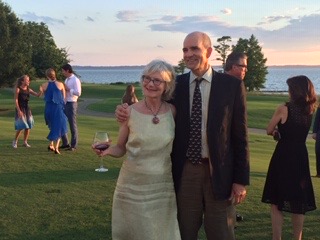 He does clean up nice, though. Here he is in a serviceable suit at a wedding

And, most of the time, his clothes are so, well, the same that I honestly can’t remember what he wore or when he wore it.

Now, don’t get me wrong. It’s not that I mind. I’m not much of a clothes horse myself. Left to my own devices I pretty much go from workout wear to big ole sleeper tees every single day. 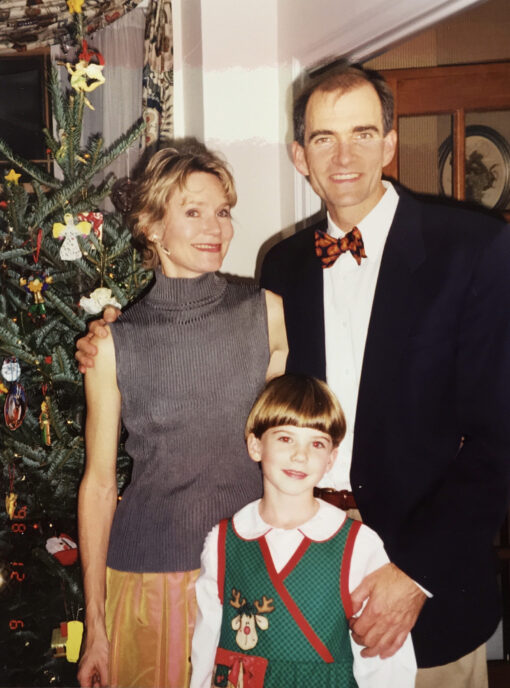 Dude dressed for an Occasion: same as the wedding, pretty much. But with a bow tie

Once in while, though, we do have an Occasion. Last summer, of course, there were no “occasions” to dress for, so my few summery frocks languished in the closet looking sad and lonely.

But this year, things were looking up. We had a Big Party to go to on a Saturday night. His Dudeness had pulled out his Short-Sleeved Party Shirt, when he realized the night might be nippy. 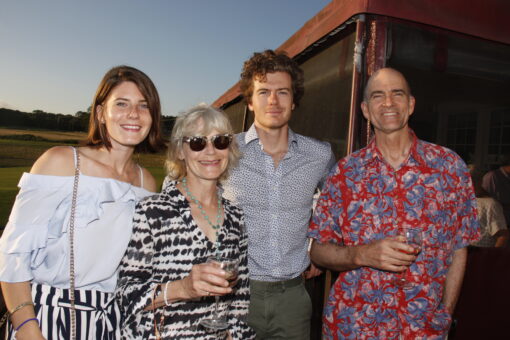 He was all ready to pull on a sweater when I said, “Hey, why not wear that really cool jacket that was your Dad’s? You keep meaning to wear it and it looks like tonight’s the perfect night to break it out.”

Well, he got out the jacket and proceeded to put it on over the Short-Sleeved Party Shirt.

“Oh no,” I said. “That’s waaaay too much ‘party.’ With that jacket, you need a more subdued shirt; a shirt that’ll let the jacket take center stage.”

We settled on a subtle stripe that picked up some of the green in the rather (ahem) noteworthy jacket. And I must say: This was one successful outfit. I thought my ensemble was on the attention-getting side — but no. All eyes were on The Dude. 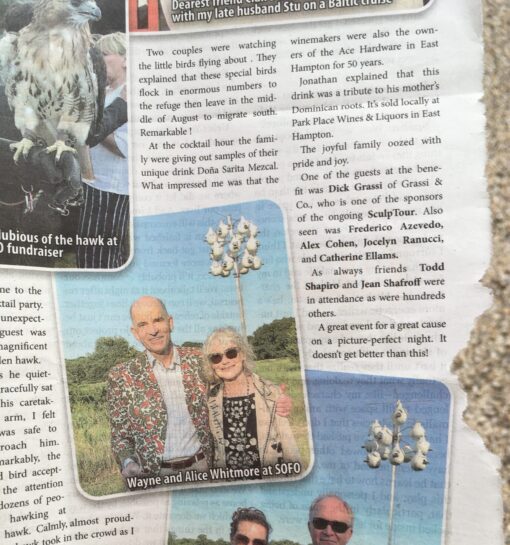 The eyes of The Press were on Dude Man too. Here we are in Dan’s Papers

There were appreciative murmurs as he passed through the crowd in search of pigs in blankets. Many admirers commented on the fabric, the cut, the skill of the tailoring and attention to detail (sumptuous lining, meticulous pattern matching at seams and pockets). I could have been wearing a flour sack.

I tell you, that jacket was a real ice breaker. It seemed like everybody wanted to know its story. “It was my Dad’s.” “A grateful patient gave it to him.” “Yes, the label says ‘Singapore.'” “It’s hung in the closet for years; this is the first time I’ve worn it!” And “thank you” — repeated many many times.

That jacket was such a success that he wore it to another party the very next week.

Admiring comments were coming his way from every direction. This time, though, he learned the pitfall of dressing with drama.

“Hey! I remember you! How could I forget that jacket?!?

4 thoughts on “No one ever notices what a man is wearing. Until they do.”