‘Why it pays to taste while making gravy. Or baking pies.’

Anybody who knows me, either in person or through the Virtual Universe, knows by now that Thanksgiving is my all-time favorite holiday. You can read how and why in last year’s ‘Turkey Shoot’. But if you’d rather just keep reading this, I bet you can guess that Awesome Food is one of the reasons T’giving wins the Holiday Sweepstakes, at least for me: 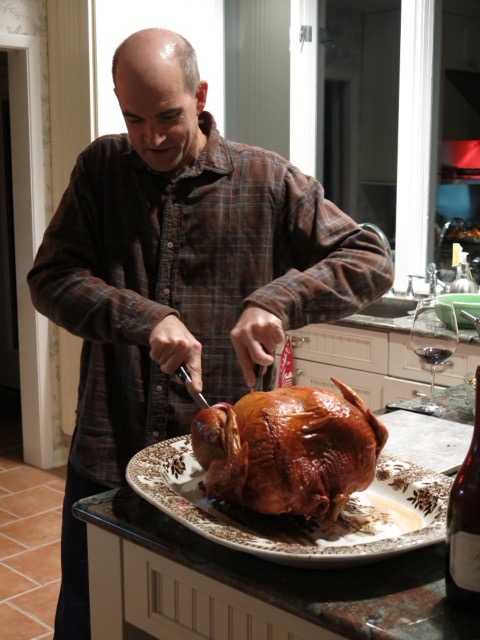 Check it out. Turkey-licious perfection 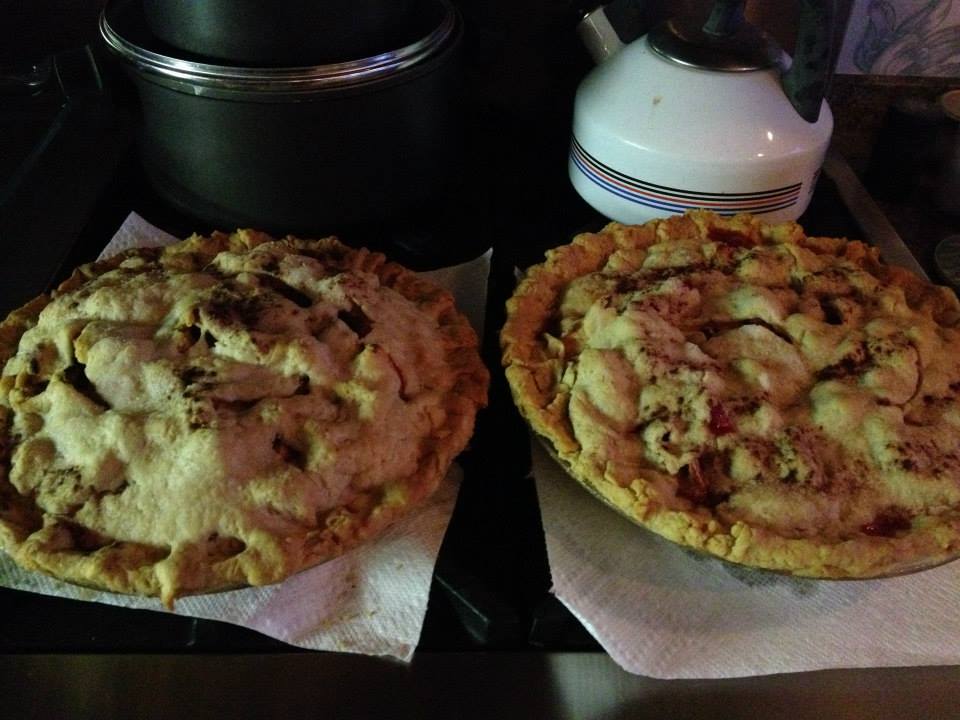 Even the vegetarians go for these babies

I’m not going to bother posting a picture of what I consider the absolute best part of this best holiday meal: the gravy. Because, delicious though it might be, gravy just isn’t all that photogenic. Neither is stuffing, which I also adore. Go figure.

Anyway. This is a story about gravy and cherry pie and my Dad and the Coal Miner’s Daughter.

In case you didn’t know, ‘Coal Miner’s Daughter’ is an 80s-era film starring Sissy Spacek and Tommy Lee Jones about the country singer Loretta Lynn. (‘Country Singer’ plus ’80s’ meant this film featured some mind-bogglingly Big Hair.) Sissy won a Best Actress Award, but for my money it’s Levon Helm who stole the show as Loretta’s Dad. Watch for the unintentionally hilarious scene where he’s trying not to twitch as he’s supposed to be dead in his coffin.

Speaking of Dads, mine knew his way around a stove, especially when eggs were involved. (See me wax poetic about his Sunday-night Special in ‘Dad Eggs and Ham’.) This was mainly because one of the jobs he worked to pay his way through school was as a short-order cook. (He also worked in a Green Giant Mexi-Corn plant. Suffice it to say that Mexi-Corn never showed up on the table at our house.)

Dad had his other specialties too. His Christmas-Eve Oyster Stew was renowned, at least in our extended family. And his gravy? To die for.

I cleverly put Dad on Gravy Duty when The Dude and I hosted our very first Thanksgiving Dinner in the Amagansett House, partly because I was a little nervous about ‘doing’ Thanksgiving Dinner. Of course, now I’ve ‘done’ T’giving for, like, 20 years, so it’s a snap. (Hah! Guess what I am doing? Cooking, and fretting about cooking, that’s what. I have to go on a brussels-sprout hunt right after I publish this piece.) 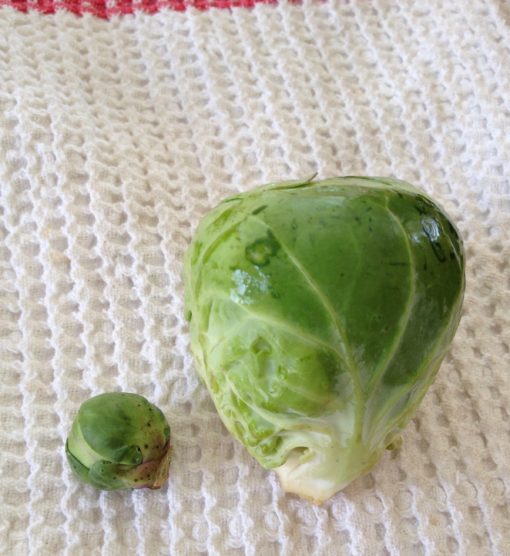 Hmmm. City sprout? Or Country sprout? Can you tell which is which?

But back to gravy. If you’ve made gravy, you know that there are two Schools: cornstarch and flour. Dad was a Cornstarch Man. I can picture him now, looking remarkably like the stoveside Young Dad at the top of this post, whisking away. And whisking away some more. And more. I remember him saying, ‘This goldarned gravy doesn’t seem to be getting thicker’, as he reached for more cornstarch.

Well. I sure do wish I had a picture of us gathered around that Thanksgiving table. For one thing, we didn’t have a highchair, so we tied The Child to a stool. But even more amusing than an apron-strings-trussed Child was what happened next. We had piled our plates with turkey and stuffing and mashed potatoes and poured that silky gravy over it all. Then we dug in. Well. Remember that box of cornstarch? It wasn’t. It was the box of confectioner’s sugar I’d put out on the counter to go into the whipped cream for the pumpkin pie. Oooops.

And what, you may ask, does that have to do with Loretta Lynn? Well, turns out she had some ingredient-confusion of her own. Legend has it that she baked a cherry pie with salt instead of sugar and took it to a pie social. I guess salty pie wasn’t a deal-breaker, because this guy Mooney Lynn (Tommy Lee Jones in the movie) wins her pie, and her heart. She was 13, which, I’m sorry, salt or no salt, puts a bad taste in my mouth. But hey. She got rich and famous and a movie made about her, so what do I know?

I’m thinking the moral to both these stories — other than ‘Wait till you’re at least out of grade school to get married’ — would seem to be something like ‘All white ingredients are not the same’, or ‘Be sure to taste while you’re cooking’, or maybe even ‘To be on the safe side, buy your gravy.’

And, while I don’t have a picture of us digging into the powdered-sugar gravy, I do have this one of The Child totally digging Dad, or at least his head: 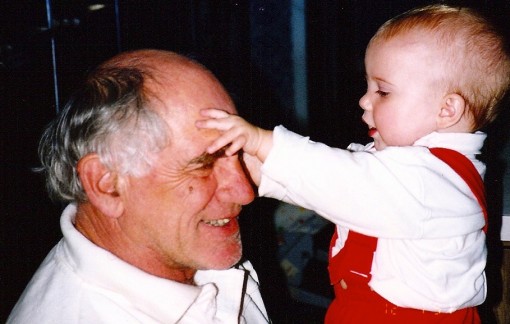 Even more famous than his Powdered-Sugar Gravy was Dad’s uncannily accurate Turkey Gobble, guaranteed to wow children — and adults — of all ages. Looks like he’s just demonstrated it here

Happy Thanksgiving, All. Enjoy your gravy, your pie, and your family, no matter how they’re made.