‘On connecting. And Random Acts of Friendship’

My Mom often says that the way to make a friend is to be one. She ought to know; she’s moved many times in her life — to different houses, different towns, different states. And made new friends in each and every place.

She’s moving again, in fact, this very week. To an apartment in a complex that caters to “seniors.” I hate that word, but I honestly can’t think of a more attractive alternative. Besides, I’m a “senior” too. I often tell Mom that I’m catching up to her — she’s a mere 22 years older — and that if I weren’t her daughter we could still hang out as you know, friends. 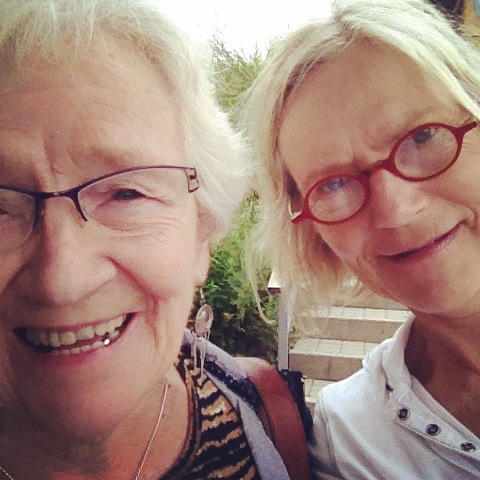 Sometimes people mistake my Mom and me for sisters. She gets a kick out of this

I’m not worried about Mom making new friends. She’s got it down. The other thing she said was that when she moved to a new place she would immediately join the church and the bridge club. Instant friends. I’m not a church-joiner, but I certainly did make a batch of new buddies when I started playing bridge a few years ago. 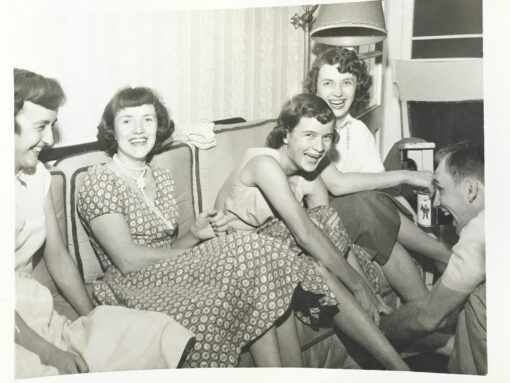 Nowadays — and not just because of the pandemic, though the scourge did give these sites a boost — you can make friends online. I got an email a few weeks ago telling me I’d been “selected” to join a thing called Lunchclub. That joining this group was “by invitation only” and that I should be thrilled. Of course I thought it was spam. But The Child happened to be visiting, and she said that no, this outfit was legit. In fact, her friend, whom I have written about (See “Jeans are No Longer Tops”) as the Most Glamorous Person I Know, belongs to this group. Well, that clinched it for me. 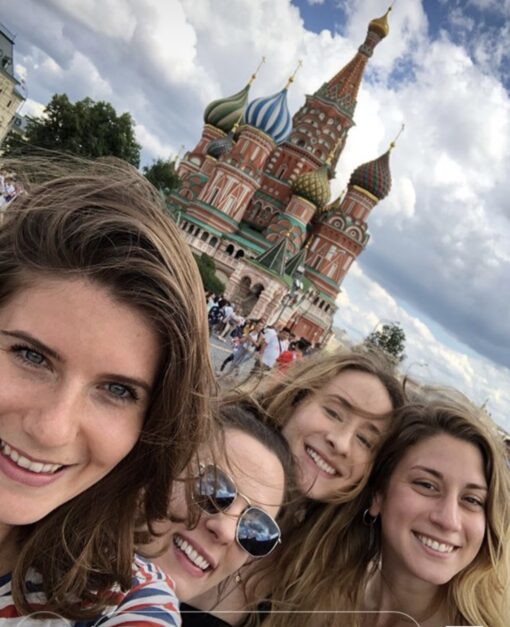 Most Glam Girl, with other fab friends, including The Child, on a Glam Trip

I was in the car with The Dude and telling him all about my first Lunchclub meet — with a guy who used to work for Comedy Central — and he got all alarmed. “Is this a dating service?!?” he queried in alarm. “If it were a dating service, would I be telling you about it?” was my reasonable reply. Though I have to say I was somewhat flattered by his alarm. 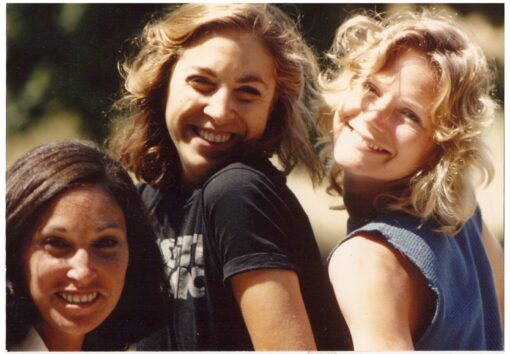 One way we made “professional contacts” — and friends — in the Olden Days: on TV shoots

I’m still new at the Lunchclub game, but it seems to be geared toward people who want to make professional contacts rather than, well, friends. I say if you want to make actual new buddies, it’s best to stick with the tried-and-true. If it’s too late to make friends in school or at work (good methods, both) — and neither church nor bridge are your Thing, here’s an idea. 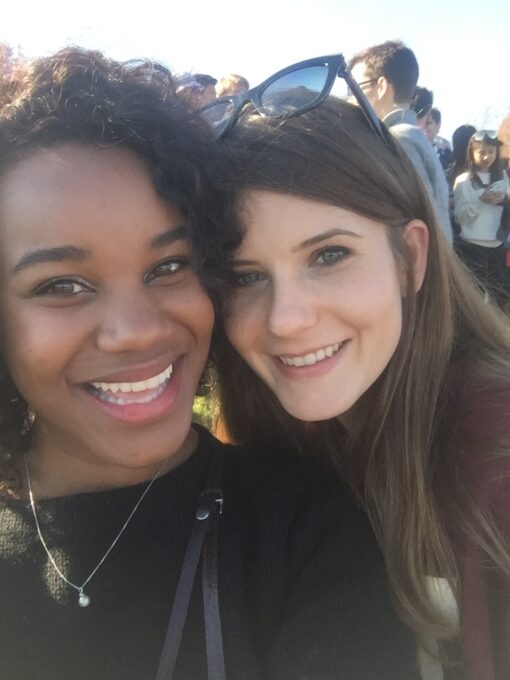 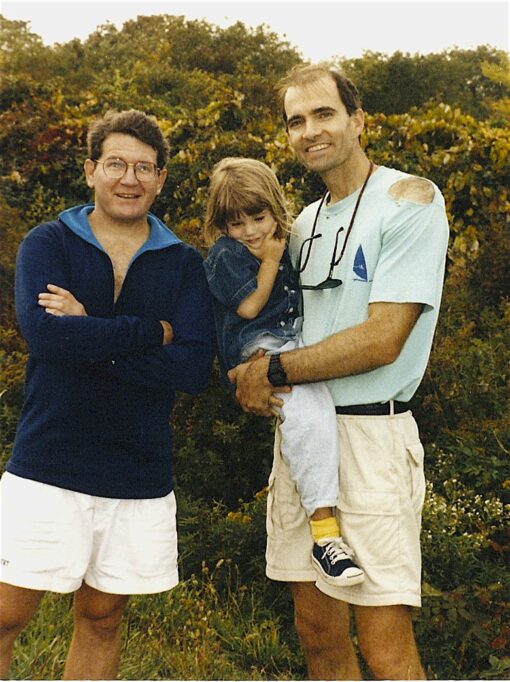 An even longer-lasting school friendship

If you want new friends, take some action. You can’t just sit around waiting for people to discover just how fun and cool you are. Do something. Most people won’t connect, much less rub up against your leg (like the cat at the top of this post) without at least a little nudge. 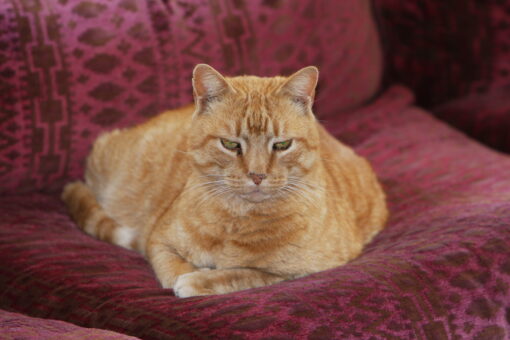 Another cat who made friends with us and remained one till the bitter feline end. Read about his extreme friend-making talents in “Lost Cat: Answers to the Name Mango”

Believe it or not, simply talking to people works. You’d be surprised how easy it is to strike up a conversation with someone you don’t know from Adam. Say you’re standing in front of an Alice Neel painting. (Run, don’t walk to her exhibit at the Met). It’s perfectly fine to make a comment or ask a question of another Neel gazer. (Most of the time they won’t think you’re creepy. Unless you are creepy.) 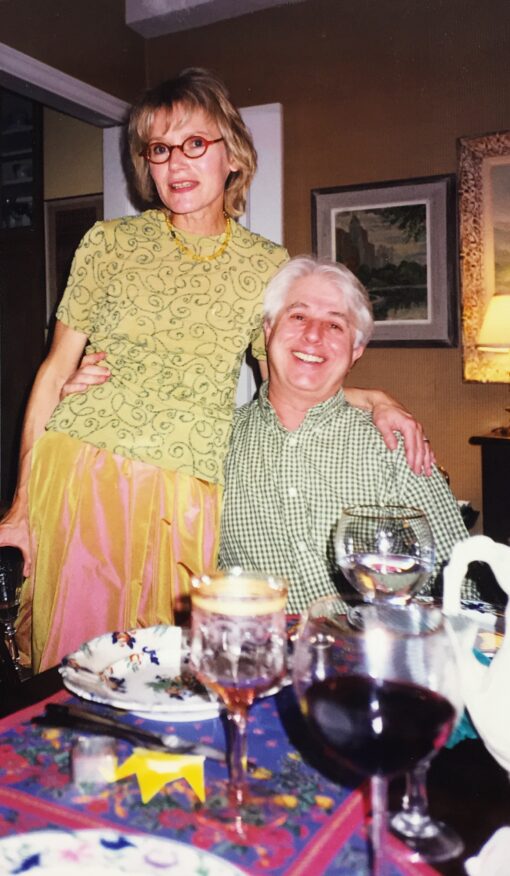 Definitely not creepy: neighbors who turn into friends

Next thing you know, you’re having a conversation — a conversation that might lead somewhere. I’ve had interesting chats — and made more than a couple of new friends — at opera intermissions, book talks and while waiting in line for a Covid shot. Even if you don’t make a new friend, you’ve made a connection. Which feels very Howard’s End (“only connect”) and good all around. 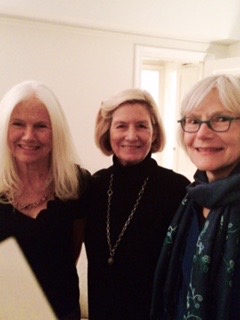 Making friends at a Book Talk. That’s author Sheila Kohler on the left

In closing, let me remind you that, once you’ve made your friends, you are not done. Friendship is not static; you’ve got to put in some work. And I don’t mean sending Christmas Cards. (Confession: I actually stopped doing this when The Child grew up.) I’m talking about what I call Random Acts of Friendship. 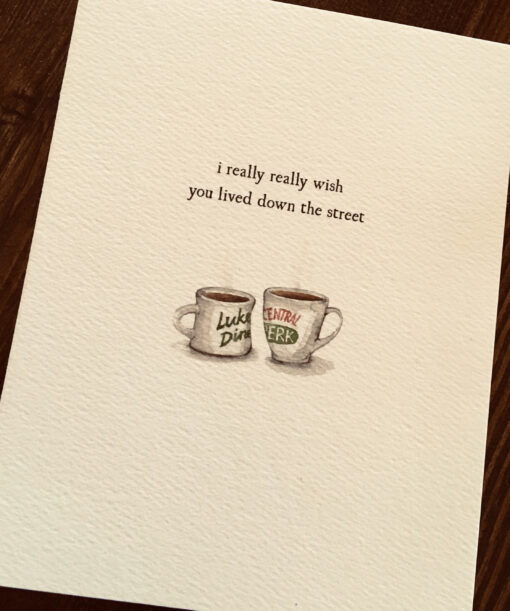 A Random Act of Friendship if ever there was one

Which means, in a nutshell, that it’s one thing to do something nice for a friend on her birthday — but you take it to a whole other level if you do nice things at random. Just the other week, a friend gave me some candles that she thought would look nice in the Ken and Barbie House. And they do. 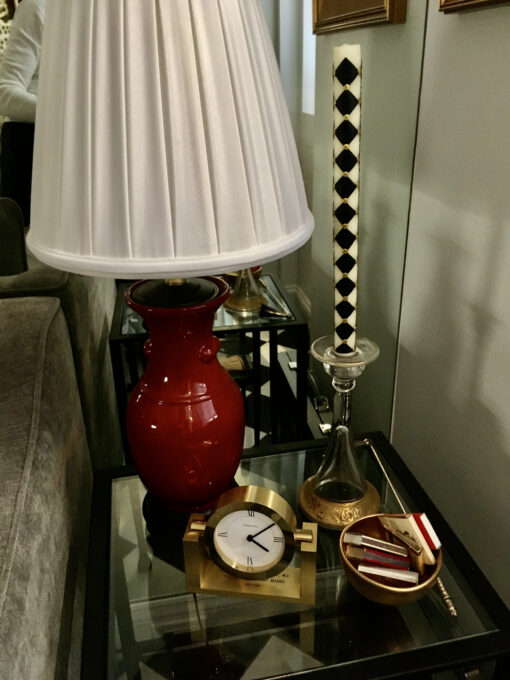 Another friend — someone I have never met in actual person — sent me a gift right out of the blue. She happens to be a reader of this blog, and she just felt like sending me a present. So, hey. I guess another way to make friends is to write a blog. Works for me. Sorry, Lunchclub. 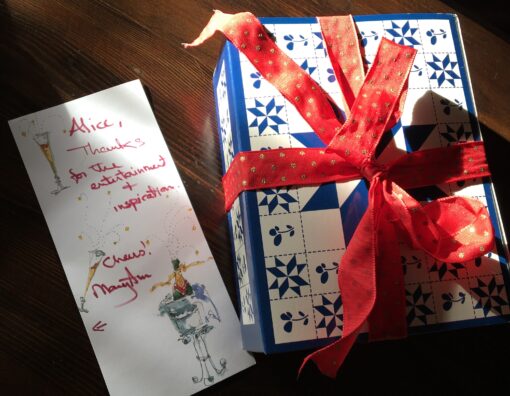 6 thoughts on “How to make friends and influence people”