‘This never happens when The Dude is here’

Everything was going so well. 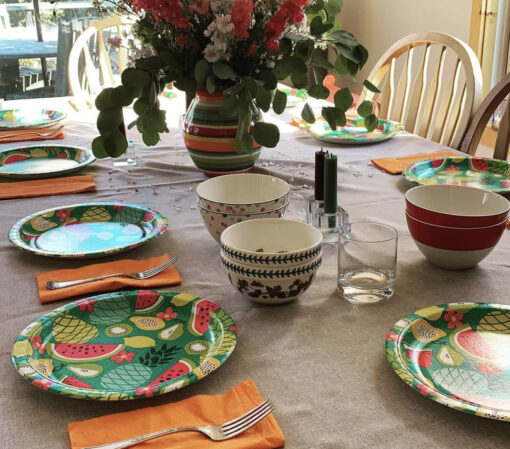 Feast your eyes: Even the Taco Tuesday table setting was delicious

I was happily full of beans (both literally and figuratively) from a delightful Taco Tuesday. I’d watched my fill of fabulous first-round Wimbledon tennis, and had just tucked myself into bed with a copy of Fatal Vision. (The book about the Jeffrey MacDonald murder trial that I was re-reading after reading Janet Malcolm’s New Yorker essay The Journalist and The Murderer.’) 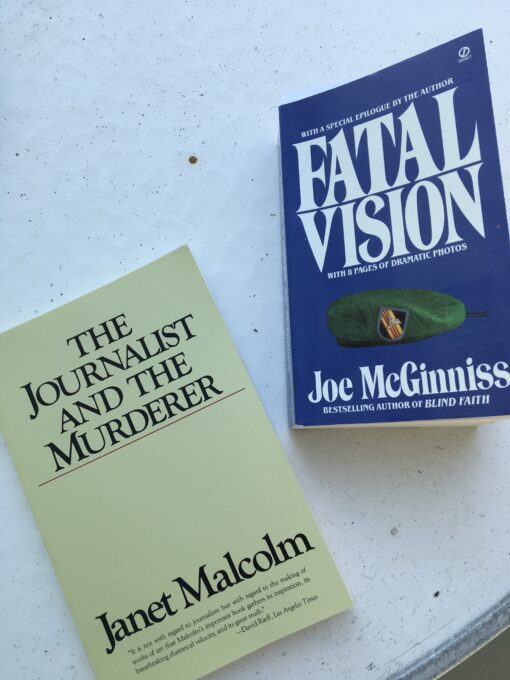 Some light summer reading about murders, trials and journalistic ethics

Anyway. It had been a marvelous day — and I was looking forward to an equally marvelous (and restful) night. As far as I could tell, there were no partying neighbors present, and even the helicopter and jet traffic had settled down.

I’d just plopped down my book and popped in my mouthguard (which I call my “biter,” much to my dentist’s chagrin), when I hear this terrible shrieking sound.

Was it coming from the neighbors? Fourth of July Weekend was coming up; maybe what I was hearing was a new form of pyrotechnical display.

I closed the bedroom slider. But that only made the noise louder — and, if possible — even more ear-piercingly shrill.

I got up to investigate. And I see the second-floor smoke alarm sort of blinking. It’s too high for me to reach without getting a chair to stand on. So I do. And I manage to remove the cover without bashing the whole mechanism to death with a broom. 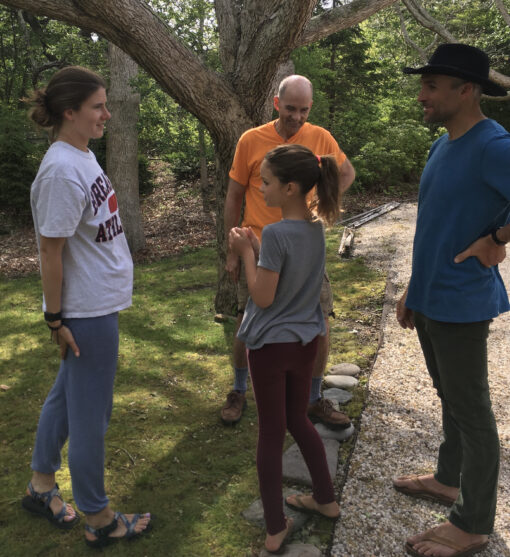 That smart young lady in the middle thought my smoke-alarm-bashing episode was pretty darned funny. Dude Man (in background) did not

(Which is what I did the last time this happened. I couldn’t figure out how to reach the darned thing and/or get the cover off so I just got a broom and beat it into annihilation. Another time I had to deal with a shrieking carbon monoxide detector by taking it outside and burying it in a bush. Dude Man was absent those times, too. Why oh why do these things never happen when he is here?) 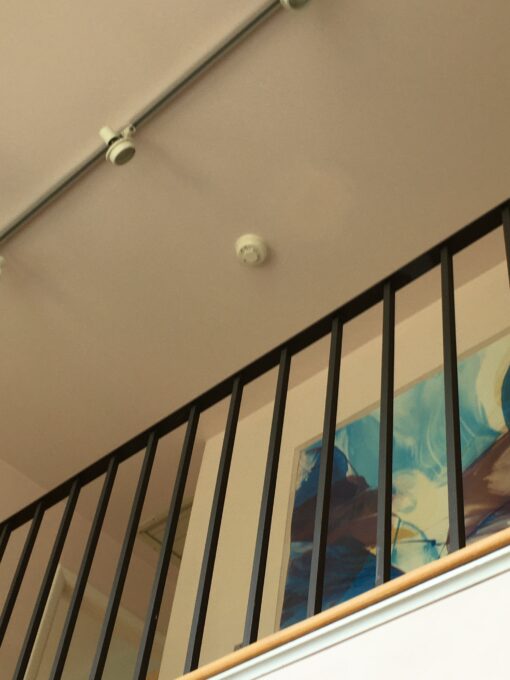 After teetering around on the chair and fishing the batteries out — I still hear shrieking. I go downstairs, following the shrieks to the guest room. Where I spy another blinking alarm — this one waaaay higher and completely unreachable from even my tallest chair.

I locate the ladders, and choose the taller of the two. Which, of course, I cannot figure out how to operate. I even Google the darned thing and watch a video. Okay, I think. I’ll just lean it against the wall. Which feels a tad, well, unsteady, but I do it anyway. 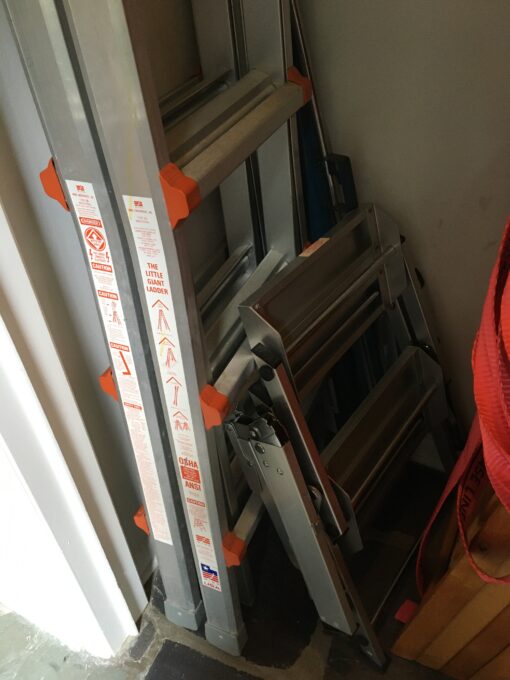 Mystery ladders too complicated to deal with as directed

By now my ears have been assaulted with shrieks so high-pitched they actually should be undetectable to the human ear — but are, unmercifully, not.

I grab the darned thing, open it and remove the battery. And, honest to the alarm gods I am not making this up — it keeps on shrieking. 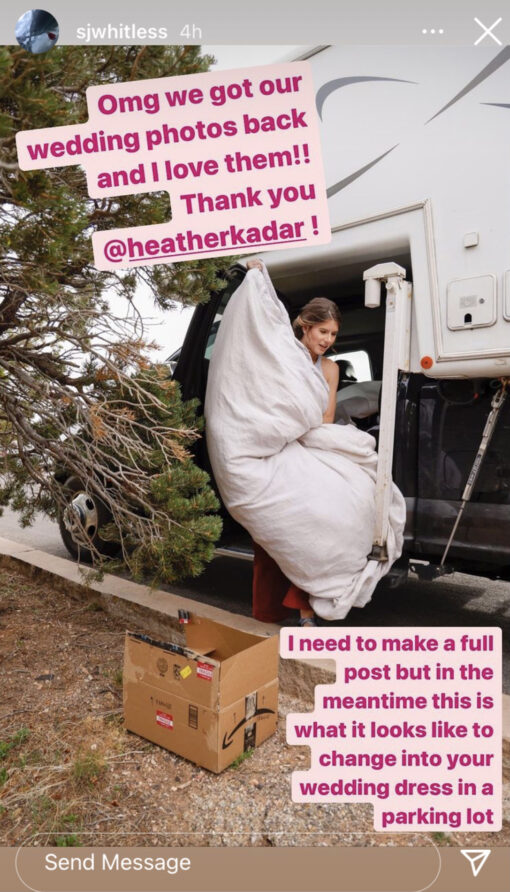 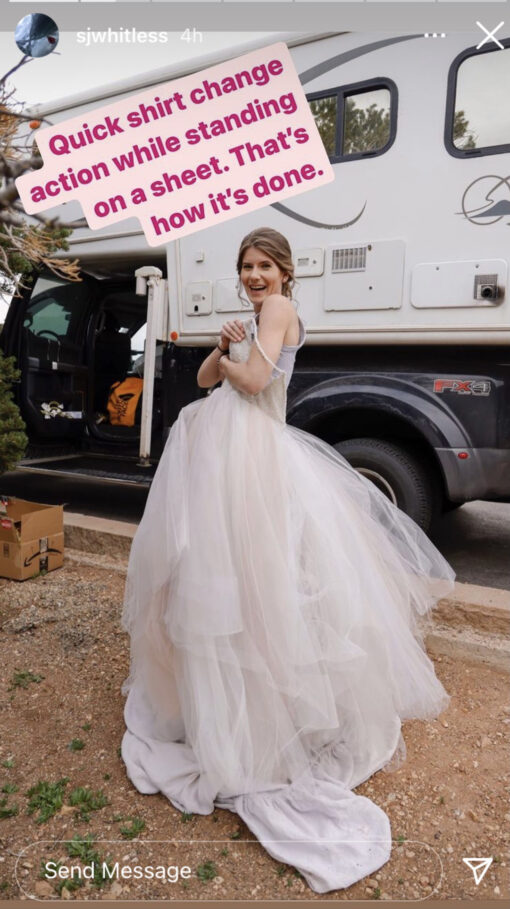 But can she change a smoke alarm battery?

I try calling Dude Man. But, since it is after midnight, he has his phone on “Do Not Disturb.” Don’t get me started on how much I would like to disturb him. 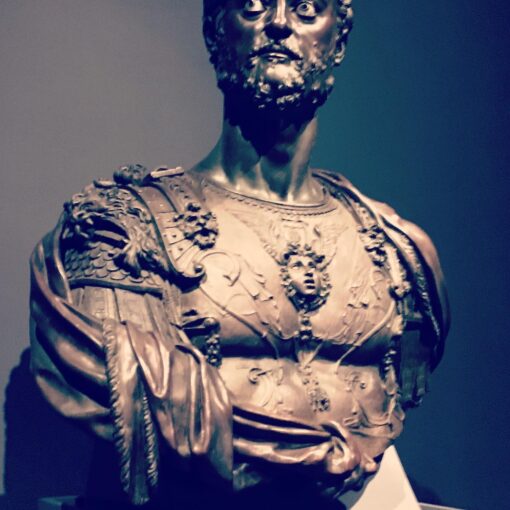 Another shot of the Cosimo Medici statue. (Which you can see, with Yours Truly, at the top of this post.) This once stood guard over a gate in Florence. Pretty effective alarm system — for intruders, if not fire

There is only one thing left to do. I call the alarm company.

Somewhat to my surprise, the owner of the company answers. “Jerry?” I ask. “Is that you?” I am surprised because, in addition to being the owner of the alarm company, Jerry is also the Mayor of East Hampton.

So here I have the Mayor of East Hampton on the phone trying to tell me how to deal with my shrieking alarm. He directs me to try a couple of things; things that do not work. I was just about to just yank the wires off the thing when he said, “Whatever you do, don’t touch the wires. You could get a nasty shock.” 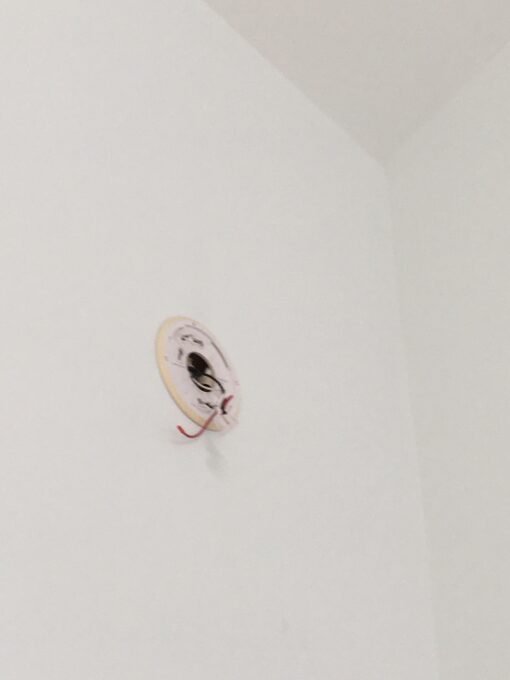 Where the shrieking alarm used to be, scary dangling wires and all

“So, what should I do, Jerry?” First he suggests I “get an electrician,” and when I said I was sure no electrician would agree to show up now, after midnight, he suggests I “wrap it in a pillow or some blankets.”

Well. I held the phone right next to the alarm so he could get a full dose of shrieking. After a few seconds he says, “I’ll be right over.”

I texted the episode to The Dude the next day: 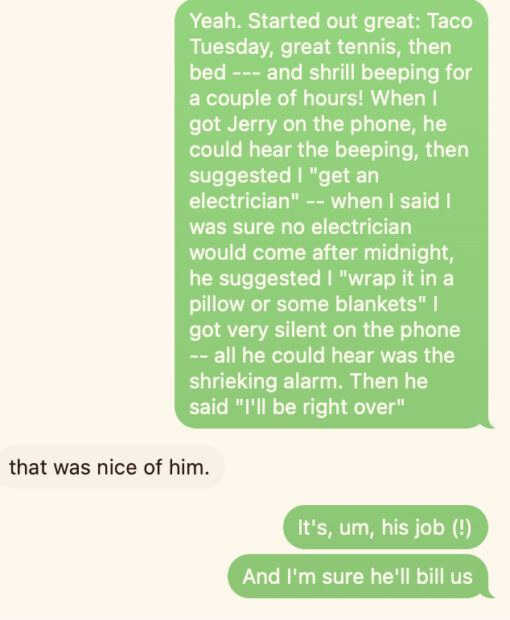 2 thoughts on “Things that go shriek in the night”