‘Felicitations to a newly-minted 70-year-old, his cousin — and some future purple martins’

Last Thursday Dude Man celebrated a Very Big Birthday — his seventieth. (Gosh, that birthday is not only big, it’s really hard to type.)

Oh. If any of you are shocked — shocked, I say! — at my “outing” my husband’s age in this public way, let me assure you that I’ve already outed myself. I turned big ole scary 70 last November — and boldly and unabashedly wrote about it too. See my story “Skirting the Issue” for proof. (And fun party details.) See also “Doing the Math” for how one’s attitude changes upon reaching this hoary landmark. 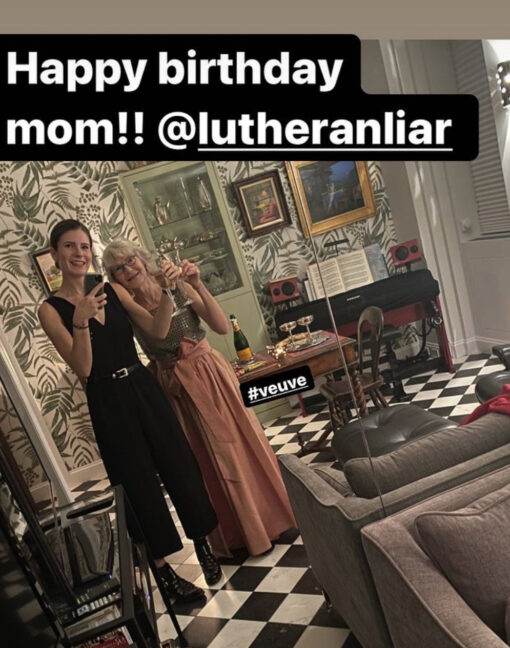 Me, celebrating 70 in style — and with a heck of a lot of veuve

But enough about my birthday. We’re here to celebrate Dude Man and his 70 trips around the sun. Speaking of the sun, he happens to own a gizmo called a “sun scope” which he sets out on the second-floor deck and commandeers all and sundry to come up and squint through. Yes, you can see the sun. Okay, fine. But somehow I don’t quite get it. 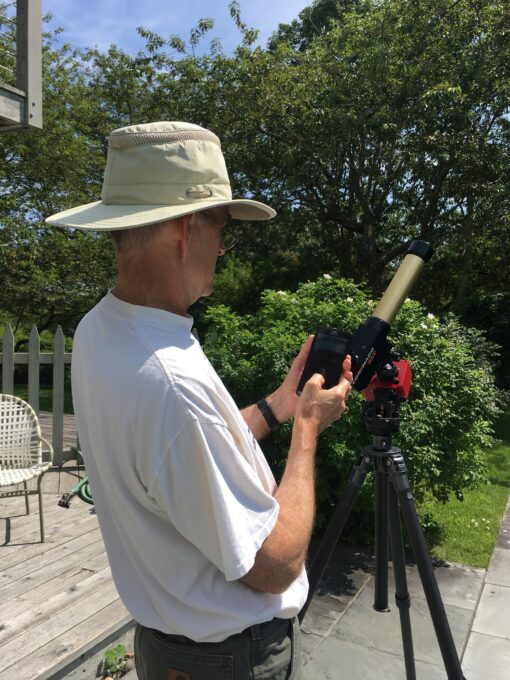 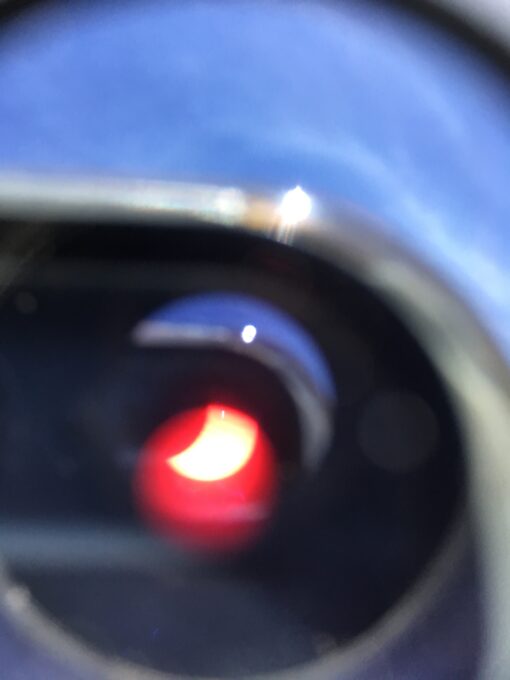 The sun scope wasn’t a present. No, we’ve reached the stage in our relationship where we pretty much get what we want on our own. (Like that, um, sun scope.) Though I did get a request from The Dude. He wants a nice notebook in which to record the antics of his gift from Mother Nature — a flock of martins. 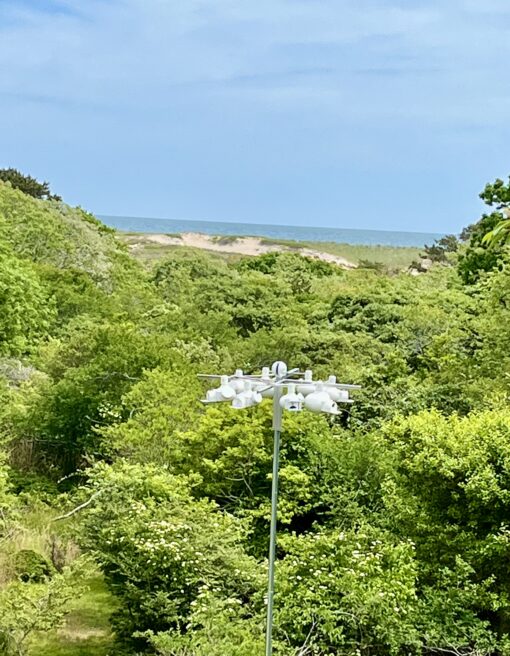 Dude Man’s martin house. There are martins in there. Finally. And yes, that’s the ocean in the background. I mean, what martin wouldn’t want to live here?

It was about fifteen years ago when The Dude got his martin house. And every year he’s cleaned it and doctored it (more gourds, fewer gourds, higher gourds) and watched over it. He’s opened the little doors, closed the little doors, mounted some of the gourds on the roof. Last year he played a loop of martin songs on an old iPhone that he rigged to a tree. (Incidentally, you can see the martin house over The Child’s shoulder in the photo at the top of this post.)

Nothing. For fifteen looooong years.

Then, this year two showed up. Then three, then four. They chased away some wren interlopers and kicked out a pair of flycatchers who’d settled in, eradicating their nesting materials with contemptuous tosses of their beaks.

And, on Dude Man’s birthday, this happened: 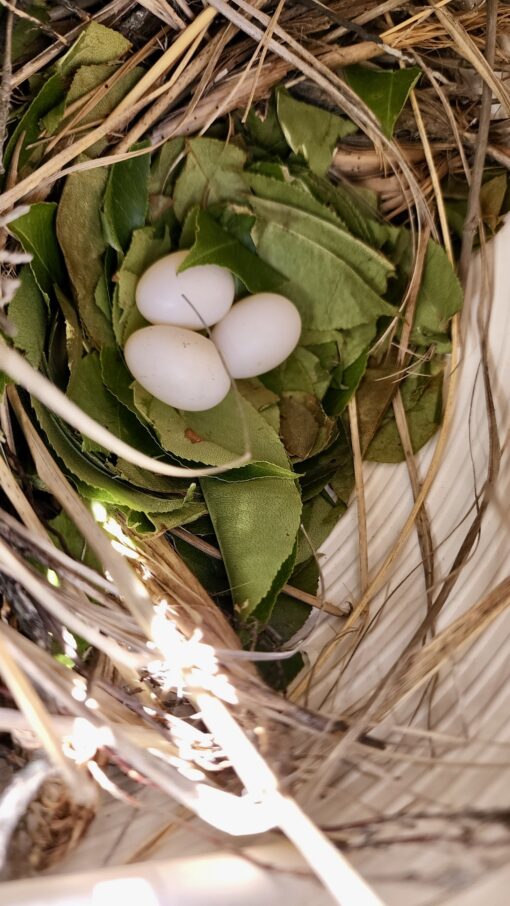 Martin eggs. Yes, you can lower the whole martin rig and open little doors on the gourds to look inside. The martins don’t mind. At least I hope not

Even more exciting (for me anyway) somebody else besides martins flew in. Last Sunday I got a call. Child: “Hey, what are you doing for Dad’s birthday?” Me: “I offered him a party, but he said no way. So we’re going to Smith & Wollensky.” “Really? Would it be okay if we came? It’s a Big Birthday.” “Of course you can come. He’d love that!” 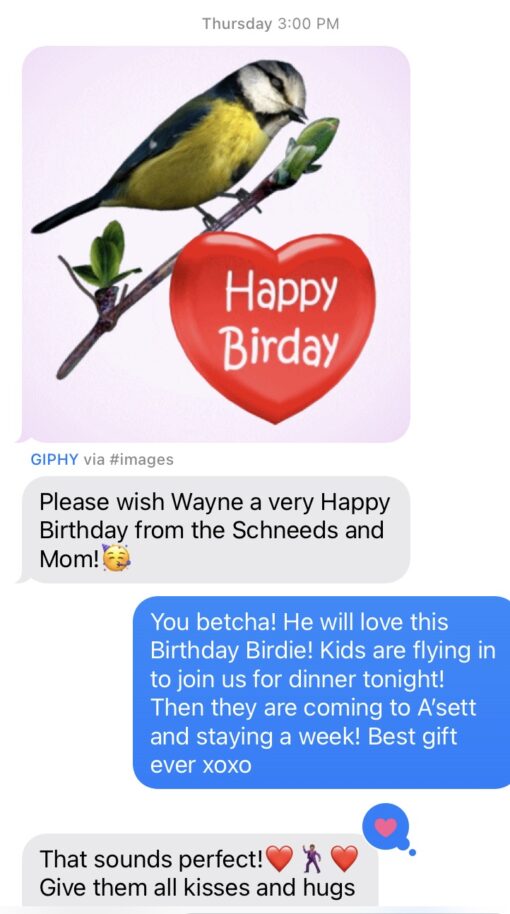 News spreads of The Child and Hub joining us. But no, that bird is not a martin

Now, Her Childness lives in Flagstaff, Arizona — which is not exactly a hop, skip and a jump away. Which is why I hadn’t bothered to mention this dinner to her. But guess what? She booked herself and the SIL on a flight that got in the afternoon of the dinner. And when that flight was cancelled, they drove to Tuscon to catch a flight that would get them there. 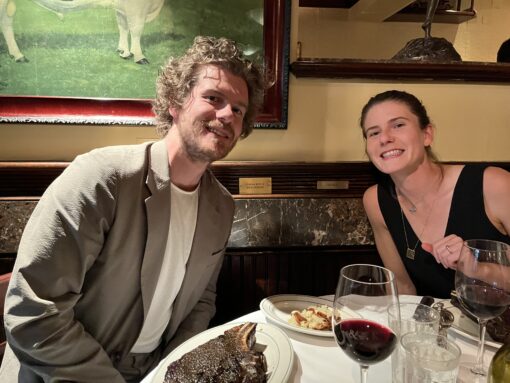 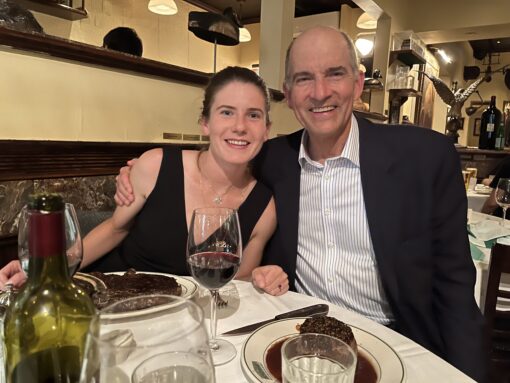 “But what about the cousin?” you may well be asking. 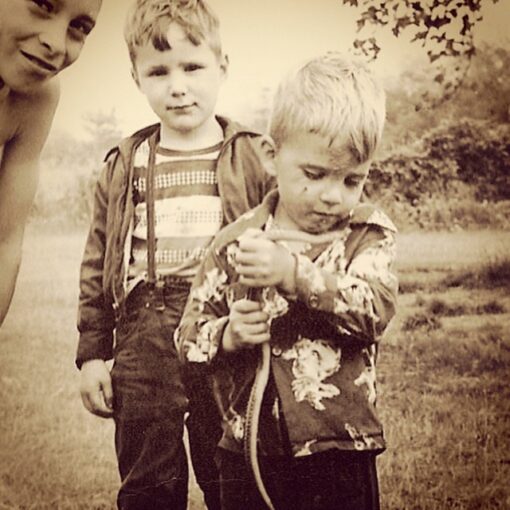 This cousin — a Whitmore; no doubt he puts his hands on his hips Backwards-style — has a birthday a couple of days after Dude Man, so we often get together in Amagansett to commiserate (er, celebrate.) And this year was no exception. 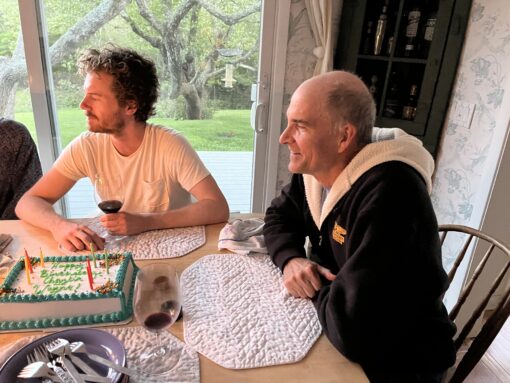 The other end of the birthday table, featuring Dude and SIL — and Carvel cake

So. Birds flew in. Kids flew in. And a cousin was the icing on the cake. Happy Birthday times were had by all!