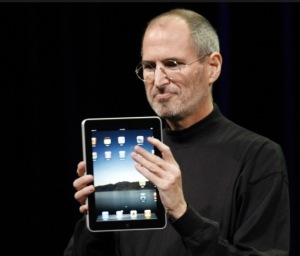 All right. I promised never to rant in this blog. So I’ll try not to. Really. But I ran across this article in the New York Times and couldn’t keep myself from sharing and ranting (er, commenting) about it.

It’s titled ‘Steve Jobs Was a Low-Tech Parent’, and it’s by Nick Bilton.

It’s all about how people like Steve Jobs (you know who he was) and a bunch of other tech giants (Chris Anderson, the editor of Wired, for example) deal with the issue of children and the devices they desire.

Most of these people, CEOs and founders of companies like Twitter, the afore-mentioned Wired, and even Blogger — people who make their living in and around the use of personal technology — strictly limit the use of END_OF_DOCUMENT_TOKEN_TO_BE_REPLACED