I’m kicking myself that I can’t find that poster. The Child made it herself, when she was, oh, ten or so. See, we had this most amazing cat at the time. His name was Mango. And he went missing.

He was an orangeish tigerish marmalade cat. So The Child named him Mango. She was very good at naming cats. She was responsible for the late lamented Tuna (whose runner-up names were ‘Grandpa’ and ‘Lipstick’), and our current cat-in-residence, Wombat. When I was a kid, I was terrible at naming cats. I would give them names like (barf) ‘Buttercup’. And then everyone, including me, would just call them ‘Kitty’. We had two littermates once called ‘Black Kitty’ and ‘White Kitty’. They were both brown; one was just darker than the other. 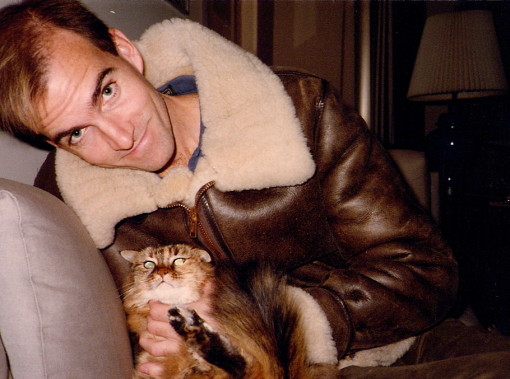 When I was pregnant with The Child and considering names for her As-Yet-Unbornedness, my Oldest Younger Brother Scott would tease me and say ‘Why worry about names? You’ll just end up calling her “Baby”‘. (He wasn’t far off the mark, since I do in fact refer to her as The Child.) Speaking of names for The Child, remind me sometime to tell you about how The Dude wanted to name her after a Greek goddess. (‘Persephone’ was one of his suggestions.) END_OF_DOCUMENT_TOKEN_TO_BE_REPLACED