‘Just not upside-down, if you please.’

I amaze (and amuse) myself sometimes with the mere fact that I go on these Crazy Birding Adventures. (See last week’s “Nope. We didn’t drink the Kool-Aid” for gory Guyanian details.)

Not only are there bugs and spiders and scorpions to deal with (along with the occasional dollop of gecko poop on one’s pillow) but these trips usually have several of my own personal psychological bugaboos layered on top, including (but not limited to) an almost-paralyzing fear of heights. Oh yeah, and lest I forget, there’s The Snake Thing. 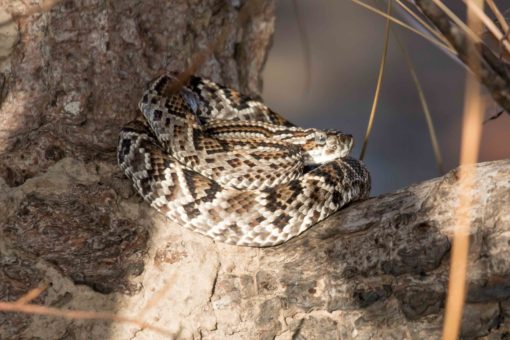 Before we move on to heights, here’s that snake — a big ole rattler, no less — that The Dude and Ron were trying to photograph in my story from last week

You may recall from my story “The Year of the Snake” that I have a particularly acute aversion to creatures of the slithery persuasion. Unlike, say, Intrepid Fellow Birder Linda (who snapped this snake), you won’t hear me cooing “That’s the most beautiful snake I’ve ever seen” about this specimen we found on a nighttime hike. Though I did have the gumption to take this movie. So there’s that. END_OF_DOCUMENT_TOKEN_TO_BE_REPLACED