They say that opposites attract. Well, The Dude and I have been married more years than most of you Dear Readers have been alive. Which is pretty amazing in and of itself. But it’s even more amazing given how, well, opposite the two of us are.

In fact, I’d call us bi-polar opposites, given that our differences often drive us crazy.

Okay, there’s the easy stuff. I’m coffee; he’s tea. I’m radio-on-in-the-car; he’s I-want-to-appreciate-the-silence. I like parties; he’s I’ve-worked-hard-all-day-and-want-to-crash-at-home. I like novels; he only reads non-fiction. (‘Why would I want to read something that someone made up?‘) I love art; he only likes art that looks like what it’s supposed to be and/or looks like it was very hard to do. 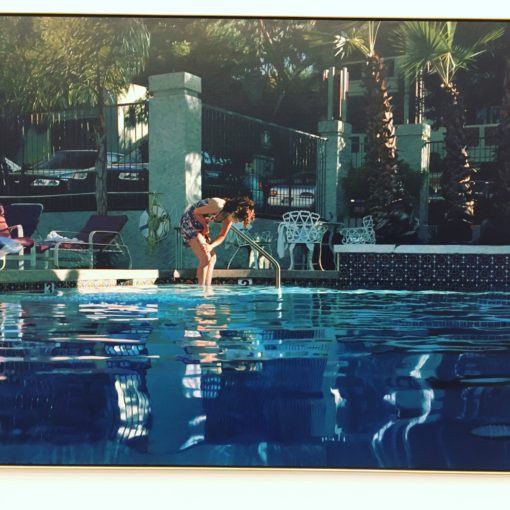 Pointe Hilton by Jack Mendenhall. Meets both The Dude’s criteria: looks like what it is, and indeed looks like it was very hard to do

And what is it with hot and cold? Has there ever been a married couple who agrees on the thermostat? There he is, in the dead of winter, wearing a tee-shirt and turning up the heat; I say put on a sweater — preferably one of the many I’ve knit for you. END_OF_DOCUMENT_TOKEN_TO_BE_REPLACED