As some of you blog fans know (‘blog fans’; ow, how unattractive does that sound?), I was toying with the idea of writing about Scots and New Yorkers. But I thought that might be a tad incendiary, at least before The Vote. So Danger Man it is. 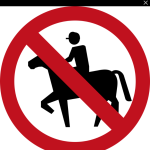 Danger Man not riding his horse 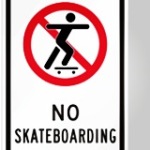 Danger Man not riding his skateboard 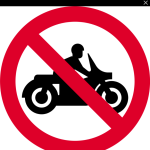 Danger Man not riding his motorcycle

Danger Man has kids who walk to school. He has a wife who lives on bathroom doors. He has dogs, cats, farm animals, and lots of machinery. But most of all, he has dangerous stuff just about to happen to him: 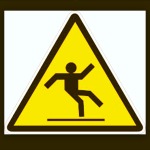 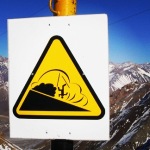 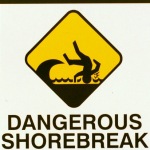 Poor Danger Man. It gets worse, much much worse: 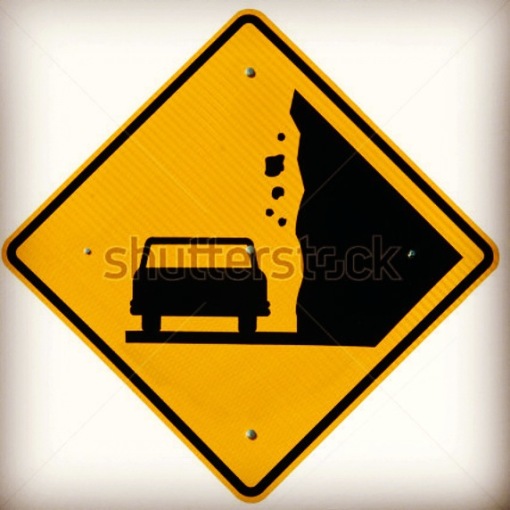 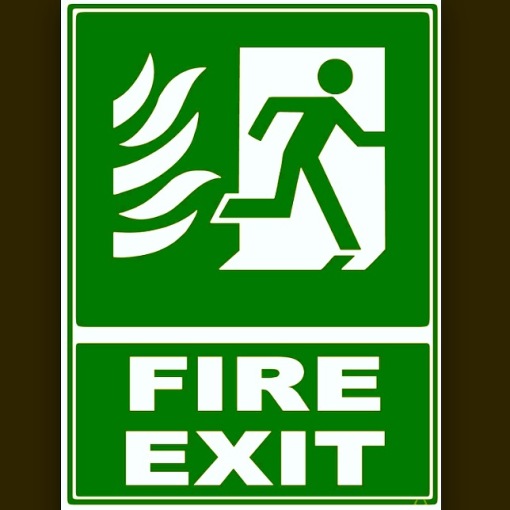 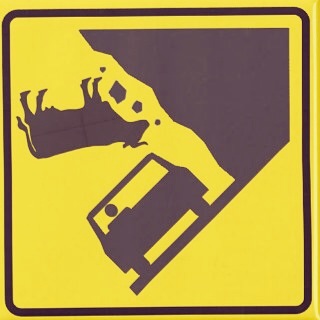 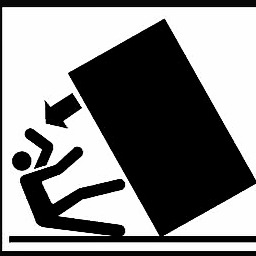 Oh, before I forget. Ever notice that it’s never Danger Woman? (I mean, aside from DM’s wife who lives on bathroom doors.) Is that because women already know enough not to go anywhere a cow might fall on their heads? Or just because it’s a pain to draw those little triangle skirts?

Anyway, I’ll close with my very favorite Danger Man sign. This one I saw out West, on the Oregon Coast where my Favorite Mom lives: 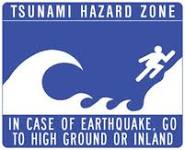 Danger Man flees tsunami.
As if

Now that you’ve met Danger Man, feel free to get acquainted. And to send me any of your favorite pictures of him. Oh, and if you’d like to read more about my infatuation with signage, check out my earlier post (Silly) Signs of the times.

p.s. This just in. Danger Man sighting courtesy my friend Ellen. DM is seen not walking on a dangerous cliff a zillion feet above a Chappaquiddick beach: 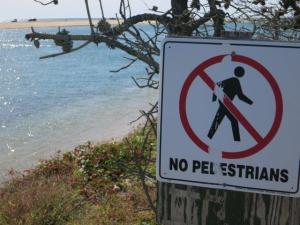 Two more submissions. The one on the left’s from my Nephew Phil, who remarked after reading the above post ‘That was funny. I’ve seen plenty of good signs. I’ll start with this one, informing the masses about the no cursing ordinance in Virginia Beach.’ It’s true. You can be fined for cursing. At least in Virginia Beach. The sign on the right courtesy Brother Scott in California. As you can see, Danger Man is indeed in danger — his car is about to tip over: 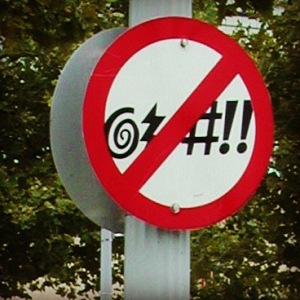 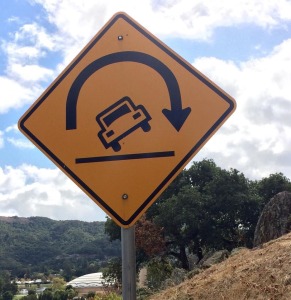 Danger Man’s car about to tip over

This just in from my Good Friend Across the Pond, Denny:

“Here we have Danger Man not falling into deep water, not banging his head on the bus wing mirror and a couple from the ski resort where he does not go off-piste and ski over the edge and does not get hit in an unfortunate place by the ski-lift! Enjoy!” 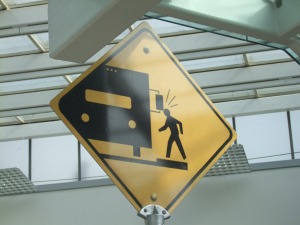 Danger Man not getting hit by bus mirror 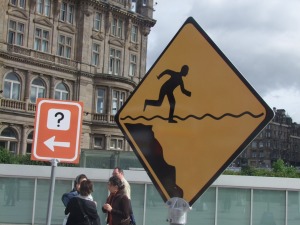 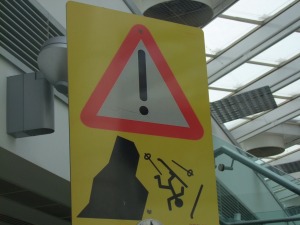 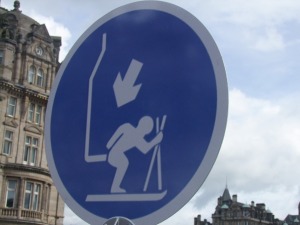 Danger Man not getting his derriere damaged

Hilarious, Denny! Thank you so much. And keep those notes and signs coming, Blog Followers and Friends!

Months later, and here’s a new one (!) Thank you once again, Ellen. Remind me to stay away from owls. But you might want to read about this Owl Danger right here. 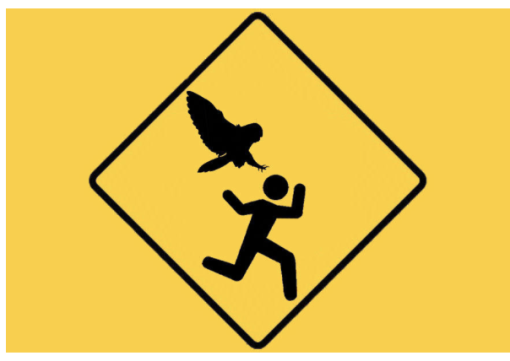